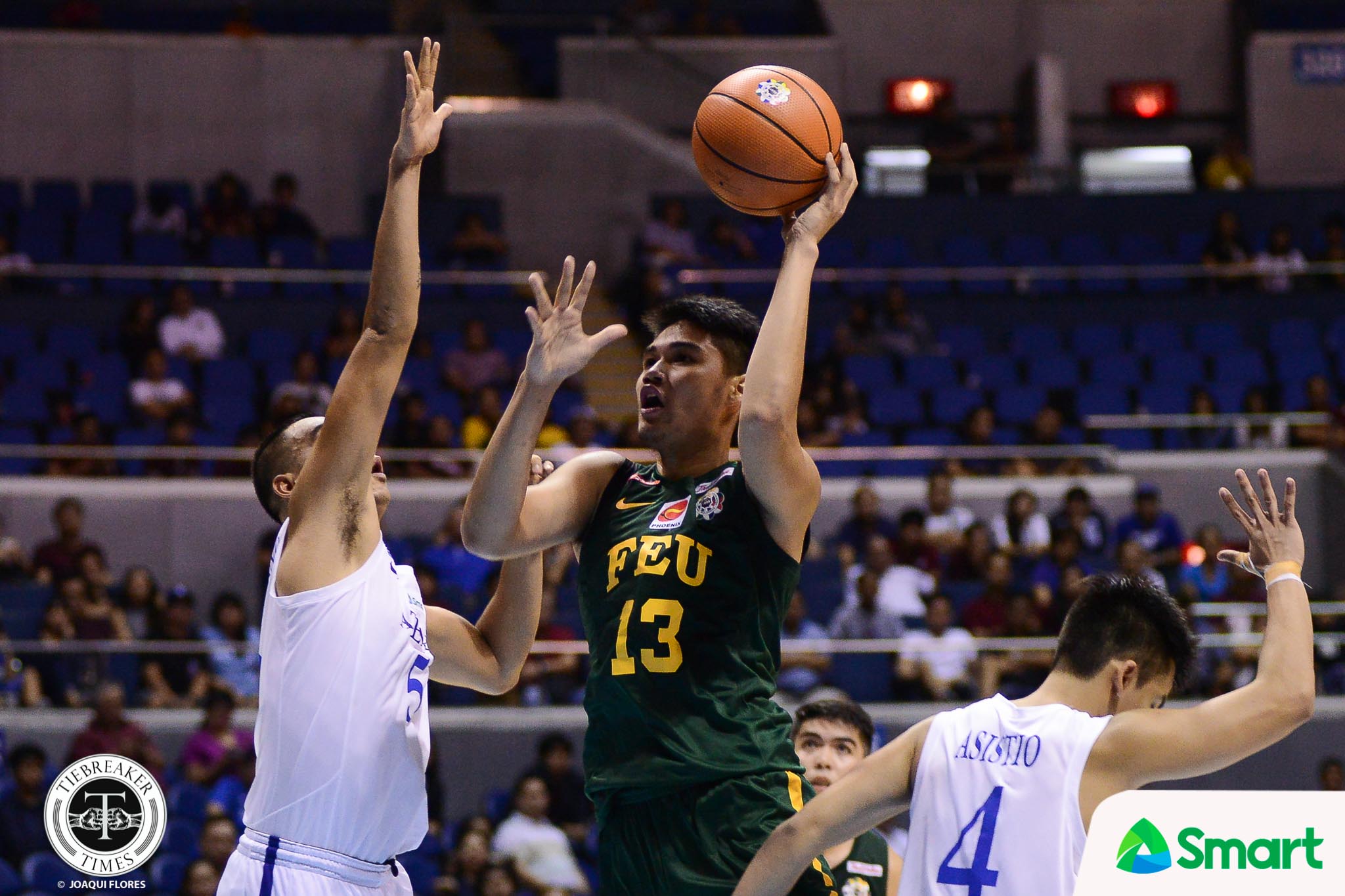 The UAAP world is incredibly small, so it did not take long for Arvin Tolentino and Hubert Cani to cross paths with their former team in high stakes situations.

The pair, who were booted out of Ateneo De Manila University due to not making Ateneo’s grade quota, found home in the Blue Eagles’ perennial rivals, the Far Eastern University Tamaraws.

In their first season in green and gold, Tolentino and Cani failed to lead FEU to a win over Ateneo in the elimination round. As the Tamaraws struggled, the Blue Eagles flourished.

Still, both squads found themselves in familiar territory: facing off in the Final Four.

There, the former Blue Eagles made the most of their opportunity and proved themselves in the eyes of their former teammates.

The six-foot-five Tolentino fired in 13 points, while the 5-foot-11 Cani added 11, to help FEU climb out of a twice-to-beat disadvantage, 80-67, and force a do-or-die encounter on Wednesday.

However, the pair asserted any feelings of nostalgia or regret for what could have been with Ateneo are already gone. They have faced the Blue Eagles already several times before Sunday’s encounter.

And more than anything, they wanted to repay FEU’s trust and warm reception.

Cani, right off the bat, knew that Ateneo presented a tough challenge. Beating them twice will require incredible focus.

“So tapos na ‘tong game na ‘to. Move on na kami to Wednesday.”