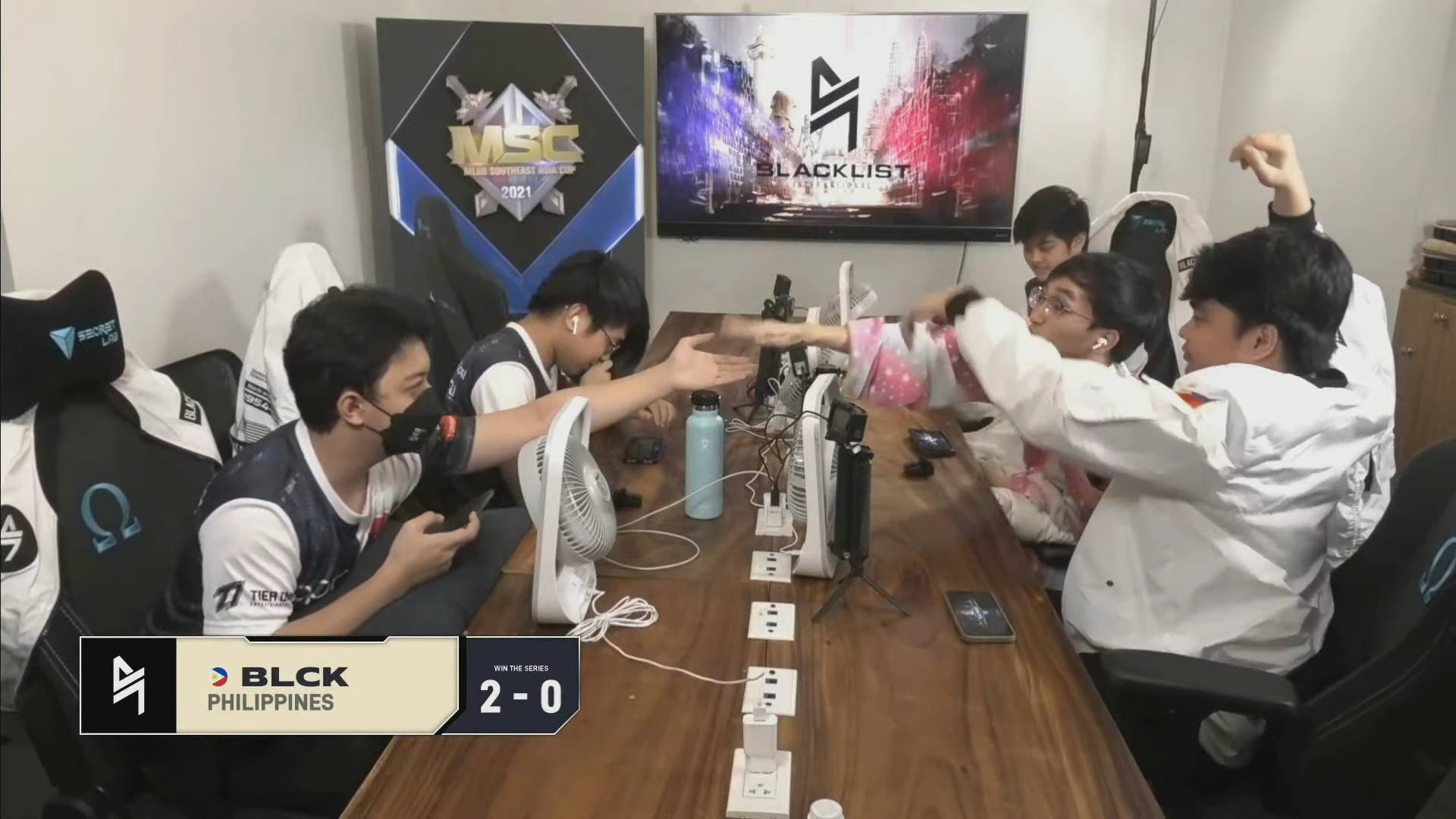 Blacklist International punched its ticket to the upper bracket playoffs after taking down Impunity KH via a 2-0 sweep in the Mobile Legends: Bang Bang Southeast Asia Cup, Tuesday evening.

Banking on their signature healing strategy, Blacklist International ran over Impunity KH to open up the series as Danerie “Wise” Del Rosario went ham with his Bruno.

The former ONIC PH jungler scored a Maniac in the 11:45-minute after singlehandedly dealing the damage on Impunity KH in the clash near the Lord pit. Blacklist International went on to secure the objective and finish the match.

Wise ended with seven kills and three assists against just two deaths to win the SMART MVP award. He also dished out a whopping total of 57,399 damage. 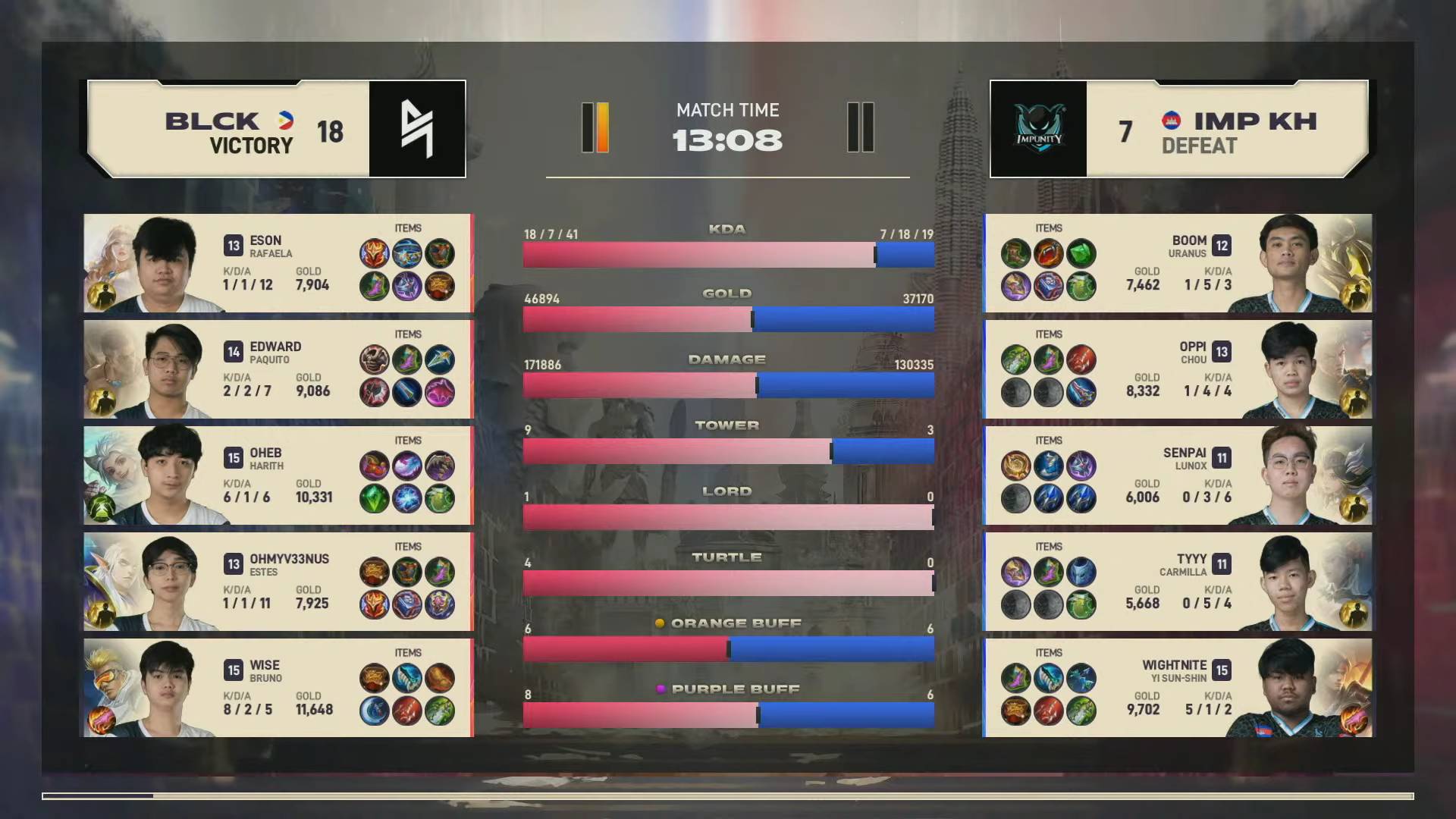 The Cambodians brought the fight in Game Two, even scoring a wipeout to try and put the clamps on the MPL-Philippines titlist. However, the steady plays from OhMyV33NUS’ Yve proved to be the deciding factor for Blacklist International.

The former ONIC PH support finished the match with seven kills and 16 assists against just two deaths. He finished with the SMART MVP award. 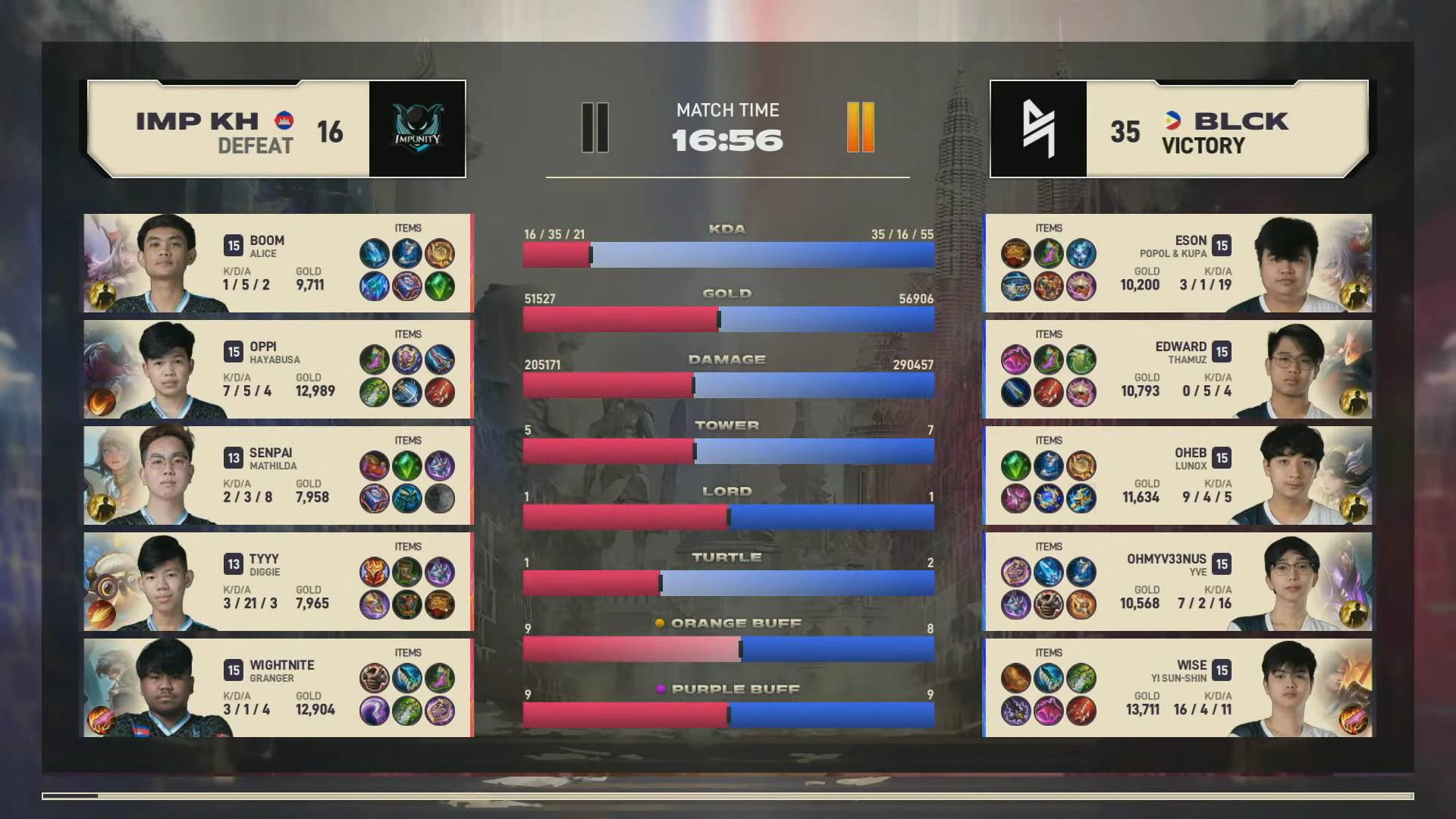 Blacklist International topped Group C with a 2-0 record. Meanwhile, Impunity KH and Bigetron Alpha, ended at second and third with 1-1 and 0-2 cards, respectively.

Earlier in the day, Execration also entered the upper bracket playoffs after posting a 2-0 record in Group D.

The MSC playoffs will open on Thursday, June 10.