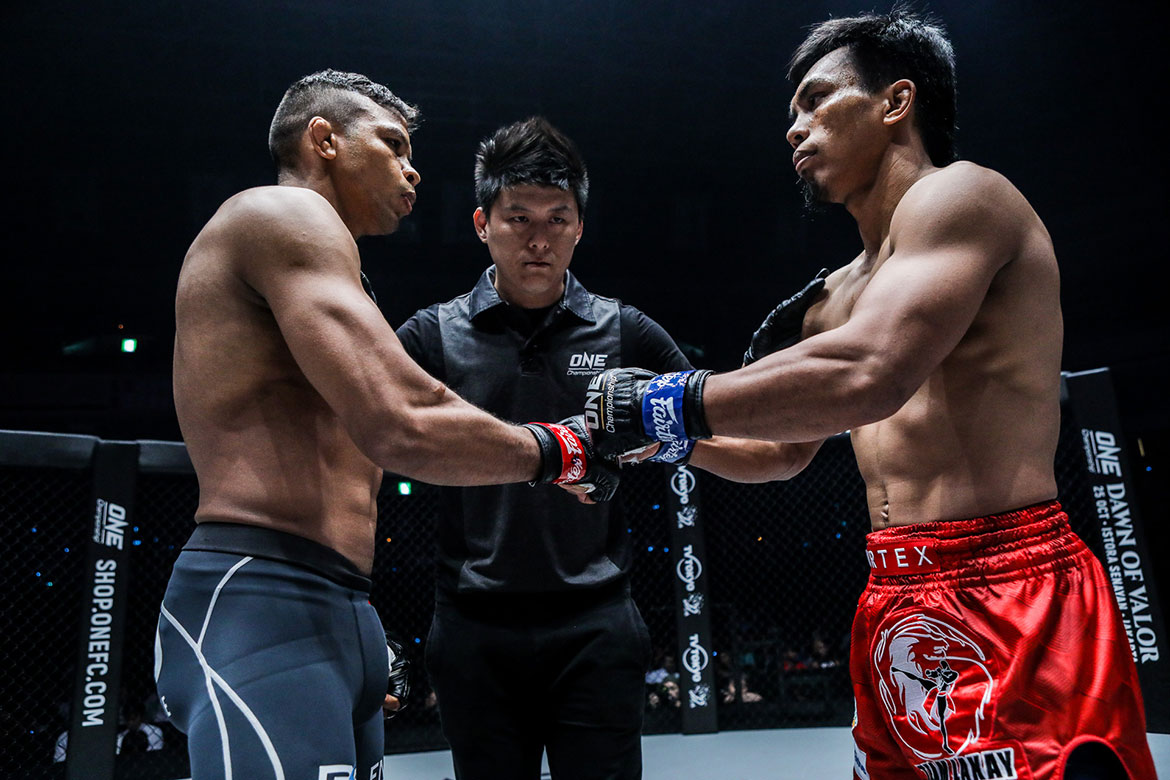 Bibiano “The Flash” Fernandes and Kevin “The Silencer” Belingon’s epic rivalry finally came to a conclusion on Sunday, October 13, during ONE: Century Part II.

Fernandes proved himself the better man once more as he secured a second-round submission win by rear-naked choke over Belingon to retain the ONE Bantamweight World Title at the packed Ryogoku Kokugikan in Tokyo, Japan.

Their rivalry fittingly ended at the promotion’s historic double-header, but do not be surprised if the two athletes meet again in the future.

“We met in a restaurant after the fight. We had spent some time talking,” Belingon said.

“He said, ‘You need to get someone to improve your jiu-jitsu. I can help you. Come to Vancouver.’ I said thanks, and he told me that he believes I’m going to be a champion again.”

The Kiangan, Ifugao native conceded that the Brazilian simply came in better prepared in their fourth encounter.

“The Silencer” had no answers for Fernandes’ takedowns, as he was repeatedly floored by the longtime division kingpin.

Still, it did not surprise the Team Lakay powerhouse. Victory is always about who imposes their will first.

Unfortunately for the hard-hitting Belingon, the slickness of Fernandes prevailed.

“He came in better prepared. He knew that the fight was going to hit the ground early on. Of course, I was trying hard to keep it standing up because I know it’s either I’ll knock him out or he’ll submit me,” Belingon said.

“In the second round, I was going for leg kicks, then I switched it upstairs. I was hoping to catch him on the head while he was going for the takedown, but their game plan was much more effective.”

Now it is back to the drawing board for the 31-year-old as he maps out how he will bounce back from two loses in 2019.

“I’ll rest for a bit, then I am back in the gym to help out my teammates who’ll be fighting in November,” Belingon said.

“Then I’ll be back to normal training, just so I’m much more prepared for whoever I’ll be facing.”

The Home Of Martial Arts then returns to the Mall of Asia Arena in Manila, Philippines for ONE: Masters of Fate on November 8.

Download the ONE Super App to catch both shows live and for free.

What’s Next For The Big Winners At ONE: CENTURY?