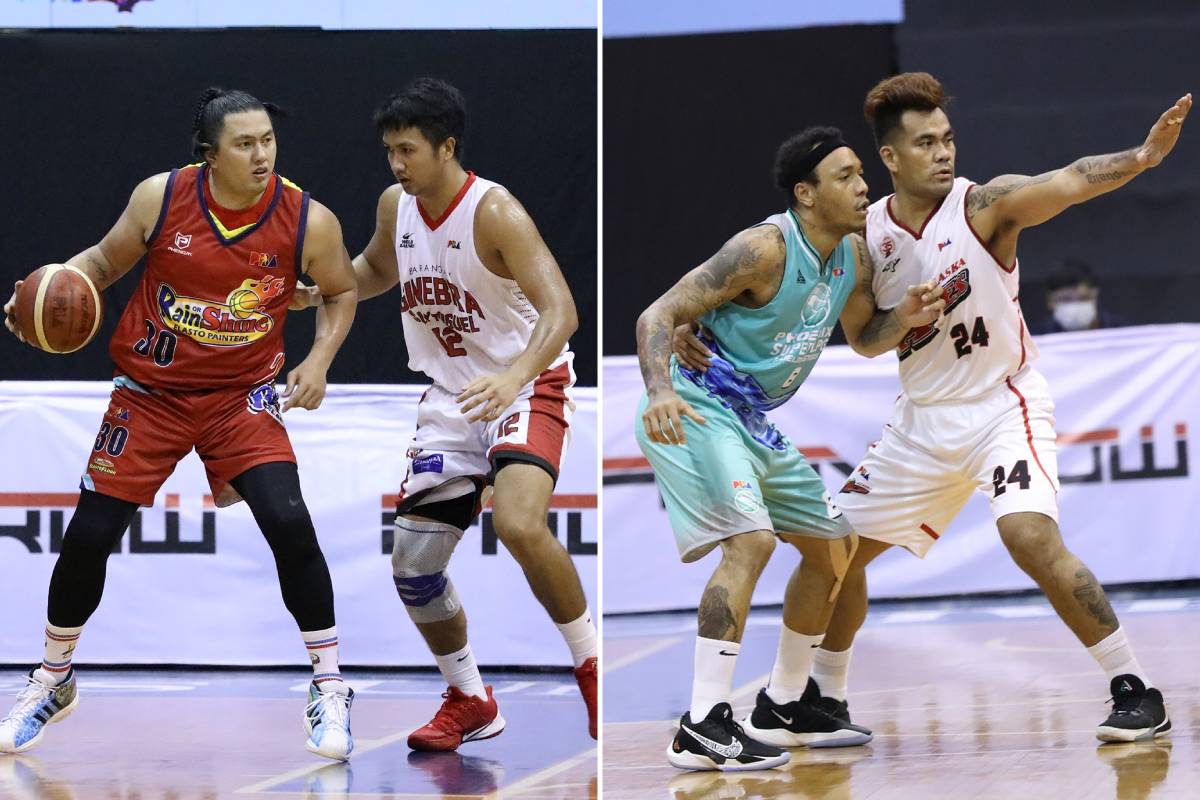 SMART CLARK GIGA CITY — Two big men rose to the occasion and created ripples for their respective teams before the PBA Philippine Cup bubble had a brief break.

Vic Manuel of Alaska and Rain or Shine’s Beau Belga came out with huge performances to keep their squad’s spots in the upper half of the standings, thereby earning the honor as Cignal TV-PBA Press Corps Co-Player of the Week for the period Oct. 26-Nov. 1.

The Philippine School of Business Administration (PSBA) alum posted 18 markers and seven boards in Alaska’s 99-96 win over Terrafirma. He then spoiled the return close pal Calvin Abueva for Phoenix Super LPG with a 105-97 victory behind a 24-point, seven-rebound outing.

Belga, for his part, pumped in 20 points, 10 rebounds, and four assists in Rain or Shine’s lone yet massive 85-82 overtime victory over Barangay Ginebra prior to the break.

The former Philippine Christian University standout capped his exploits with five straight points in the extra session. But none were bigger than the dagger trey he pumped in during the final minute of the win that propelled the Elasto Painters to solo second at 4-1.

Meanwhile, Mike Ayonayon also made his own mark after being named PBAPC Rookie of the Week after NLEX pulled the rug from under previously-unbeaten TNT in a physical tussle, 109-98. The win got the Road Warriors back on track with a 2-5 slate.

Complementing the backcourt tandem of Kevin Alas and Kiefer Ravena, the spitfire guard put up eight points and three rebounds in quality minutes off the bench to earn the citation given by members of the media covering the PBA beat.