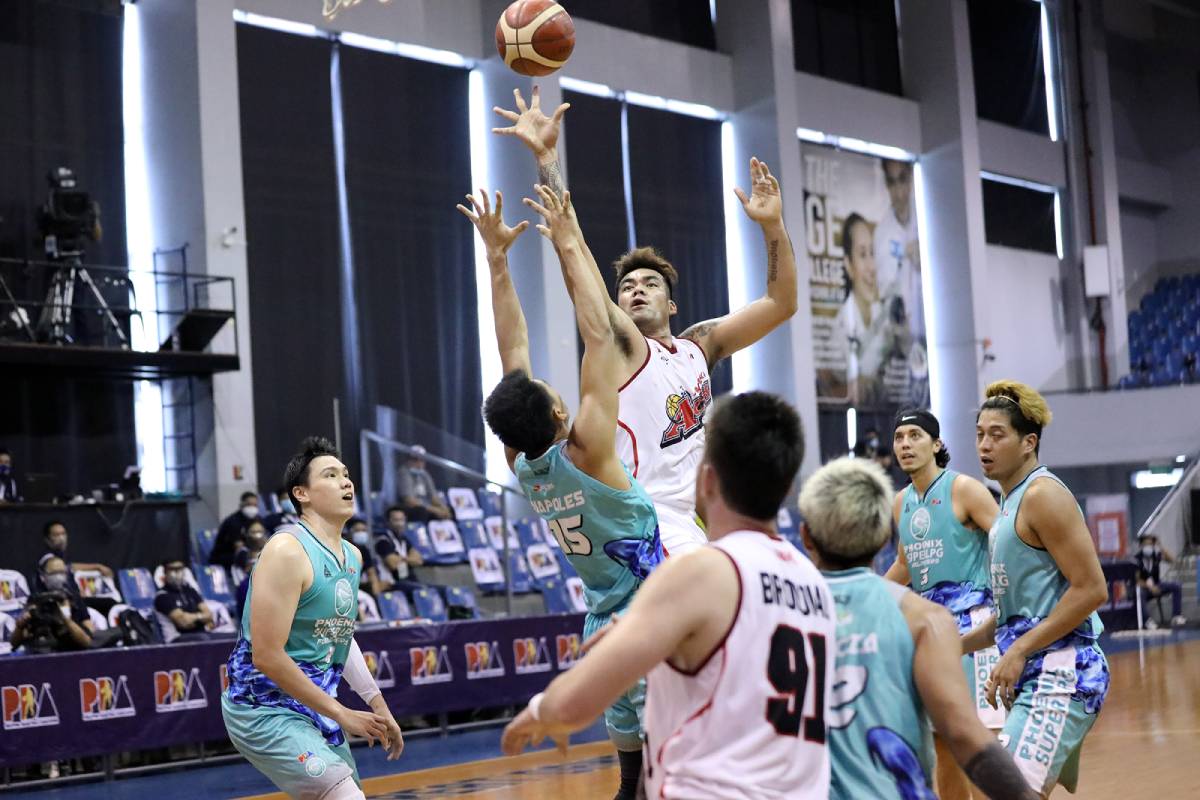 The Fuel Masters appeared to have lost their grip after head coach Topex Robinson fumed at the referees with 9:22 remaining in the game for what he contested was a foul against Calvin Abueva.

Abueva, though, responded with a one-handed shot to put his side up by a point, 80-79, but that would be the last time that Phoenix would get in the driver’s seat as Vic Manuel and the Aces caught fire afterward.

“I can’t be any prouder. We really showed that resiliency we talked about,” said head coach Jeff Cariaso post-game. “We have to dig deep each and every game. There’s always a different challenge.”

Manuel finished with 24 points — 10 of which came in the fourth quarter — missing just thrice in the 14 shots he fired from the field. He also collected seven rebounds, three assists, and a steal in over 27 minutes.

“Vic is turning into that guy that we can rely on down the stretch and that’s part of his role now. We ask him to be that leader,” Cariaso said. “It was nice to see that Vic, again, was reliable for us down the stretch.”

Mike DiGregorio supplied 21 points spiked by four three-pointers as he was also key in that late-game pull away. But it was his defense on Phoenix main man Matthew Wright that drew him praises from Cariaso.

The league’s leading scorer made a game-high 27 points but only made eight of his 20 shots from the floor. He also committed five turnovers, and was a minus-12 for the Fuel Masters, although he had nine boards and five dimes.

Wright did his best to chop the deficit late in his game through his triples — he sank three in the last 3:58 — before RR Garcia made it a six-point gap with 36 ticks left, but the Fil-Canadian sniper was well-contained afterward.

“I’d like to credit Mike DiGregorio. The second half he did a solid job in doing the small details defensively that we asked of him. No ones gonna be able to stop Matthew but he made it hard for him and that’s all we could ask for,” he said.

Floor general Jvee Casio produced 13 points, as Robbie Herndon continues to be a steady presence for the Aces with 12 points and seven rebounds in the triumph that moved them close to the quarterfinals.

Abueva, in his second game back from a lengthy suspension, made 18 points, eight rebounds, five assists, a steal, and a block for Phoenix, who is currently at sixth place in the standings with a 4-3 record.

Justin Chua had 15 points, as Jason Perkins added 10 for the Fuel Masters, who seized control early after sinking four straight triples abridging the first and second quarters and even led by 14. Phoenix sank 17 treys in the loss.