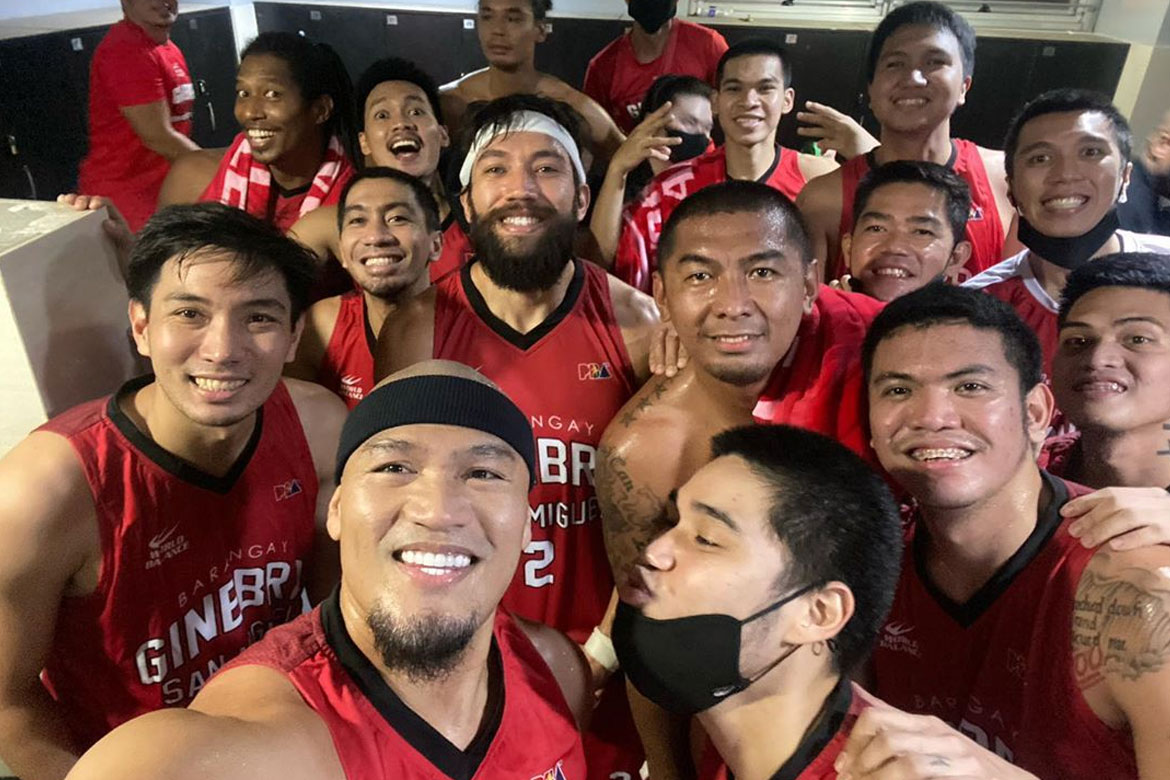 The 40-year-old subbed in with 6:35 left to play and with everything all but settled. That then formally marked his 18th season in the league.

According to league stats chief Fidel Mangonon III, that is now the all-time most seasons for a PBA career with a single ballclub.

The 2012 Most Valuable Player surpassed the 17 seasons spent by all-time great Alvin Patrimonio with Purefoods, and by Harvey Carey with TNT.

Caguioa finished with two points — hiking his career points to 10,173 — in the 105-91 win. The Barangay also stayed perfect in the bubble after three games.

Coach Tim Cone feels proud and happy for Caguioa making history. For him, Caguioa has been one of the most delightful players he’s ever been with.

“I don’t think I’ve been around a player that I’ve had so much joy in being around.

“He just has that kind of personality. His teammates love him, he doesn’t demand anything. With his past history and who he is, he could really demand. But he doesn’t. He’s just a really, really good guy,” the 22-time champion coach continued.

But what Cone admires a lot about the decorated guard is his leadership to the Barangay, especially to the young ones.

“It’s great to have him on the team, number one. He has a real strong leadership presence on our team,” he said. “Just having him around is an awesome thing.

“We just enjoy Mark being here and being part of the team and lead[ing] the young guys. He does a lot of talking to [the rookies] Jerrick [Balanza] and Arvin [Tolentino] and Kent [Salado].”