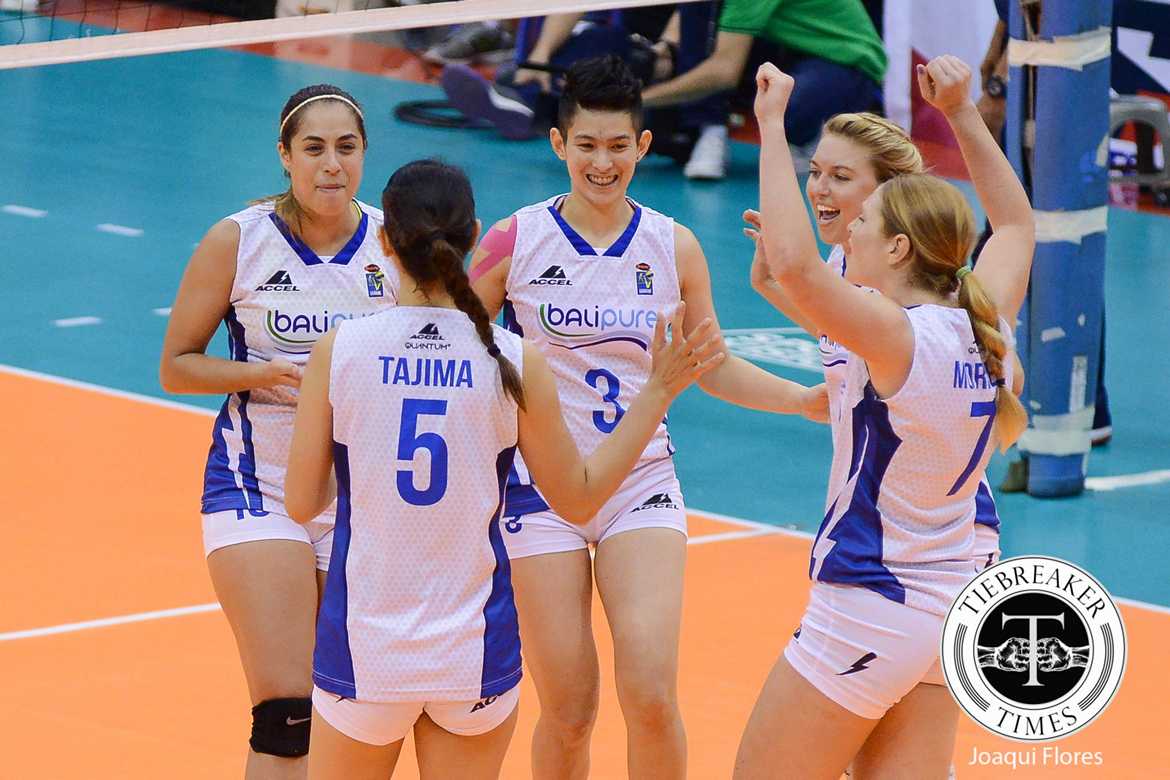 After over a year of hiatus, veteran middle blocker Suzanne Roces is now back in the fold playing competitive volleyball.

Roces’ last tour of duty was with the PLDT Home Ultera Ultra Fast Hitters in the 12th Shakey’s V-League Open Conference last 2015, in which they won the said conference’s crown against Army.

From there, Roces was never seen action again in the Philippine volleyball scene as she was focused on her day job with PLDT.

But now, the former 2002 UAAP Rookie of the Year has decided to end her 17-month layoff by staging a comeback in the 13th Shakey’s V-League Reinforced Conference with her new team, the Bali Pure Purest Water Defenders.

With her return to volleyball, the University of the East alumnae feels nothing but happiness as she has been given another chance to play and resume her career.

“[Kaso] medyo nahihirapan pa sa stamina and yung strength, nabawasan. Kaya hahabulin ko yun para sa adjustments,” admitted Roces, saying that she still has a lot of catching up to do in terms of conditioning.

The Bulacan native also revealed that there were no doubts on her part to agree upon receiving BaliPure’s invitation to her to be a Water Defender in the import-laden conference.

As a newcomer to the 2016 Open Conference bronze medalists, Roces hopes that team chemistry among them will develop as time goes by.