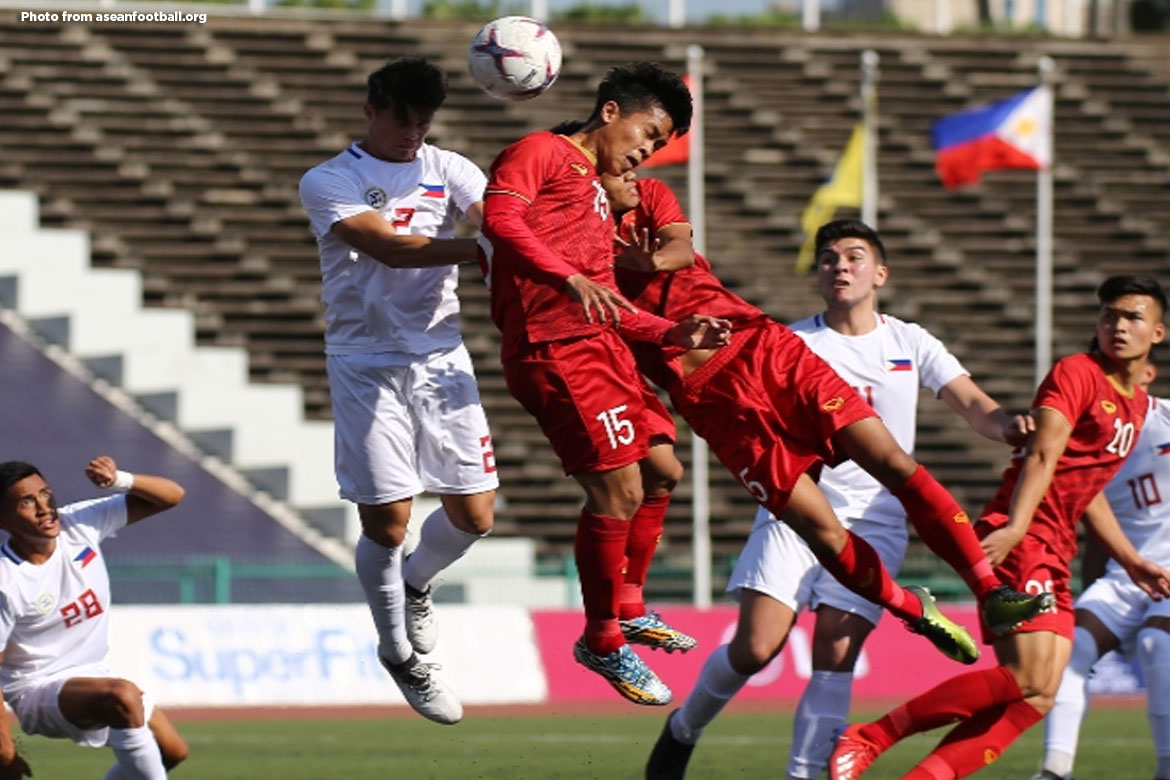 Ultimately, Vietnam simply had too much class and talent to lose to the Philippines.

In what was a narrow defeat against one of the region’s major powers, the Philippine Men’s Under-22 National Football Team sunk to a 1-2 loss against Vietnam to commence its 2019 AFF U-22 Championship campaign on a somber note at the National Olympic Stadium in Phnom Penh, Cambodia.

The result gives the Philippines a dismal start in its quest to advance out of Group A with Vietnam the current group leaders above the said group, which also contains Thailand and Timor Leste.

The Vietnamese were simply dominant throughout the 90 minutes and deserved to come out of the game with all three points. JB Borlongan’s audacious free-kick gave the Philippines the chance to dream of an upset, only for it to awaken the beast in Vietnam.

It took Vietnam the 74th minute to finally break the Philippines down. Substitute striker Tran Danh Trung converted Le Xuan Tu’s cross from close range to level the ballgame. Moments later, another alternate, Le Minh Binh, capitalized on some poor defending to score the winning goal at the 78th minute.

Anto Gonzales’ men tried everything to get that late equalizer and salvage a draw but Vietnam repelled everything that was thrown at them in the dying stages of the game.

The Philippines hopes to recover from this loss and get its campaign back on track when it faces Thailand on February 19, 2019, at the Olympic Stadium. Kickoff time if 4:30 PM Philippine time.

READ  JB Borlogan, UP left to lament after semis exit