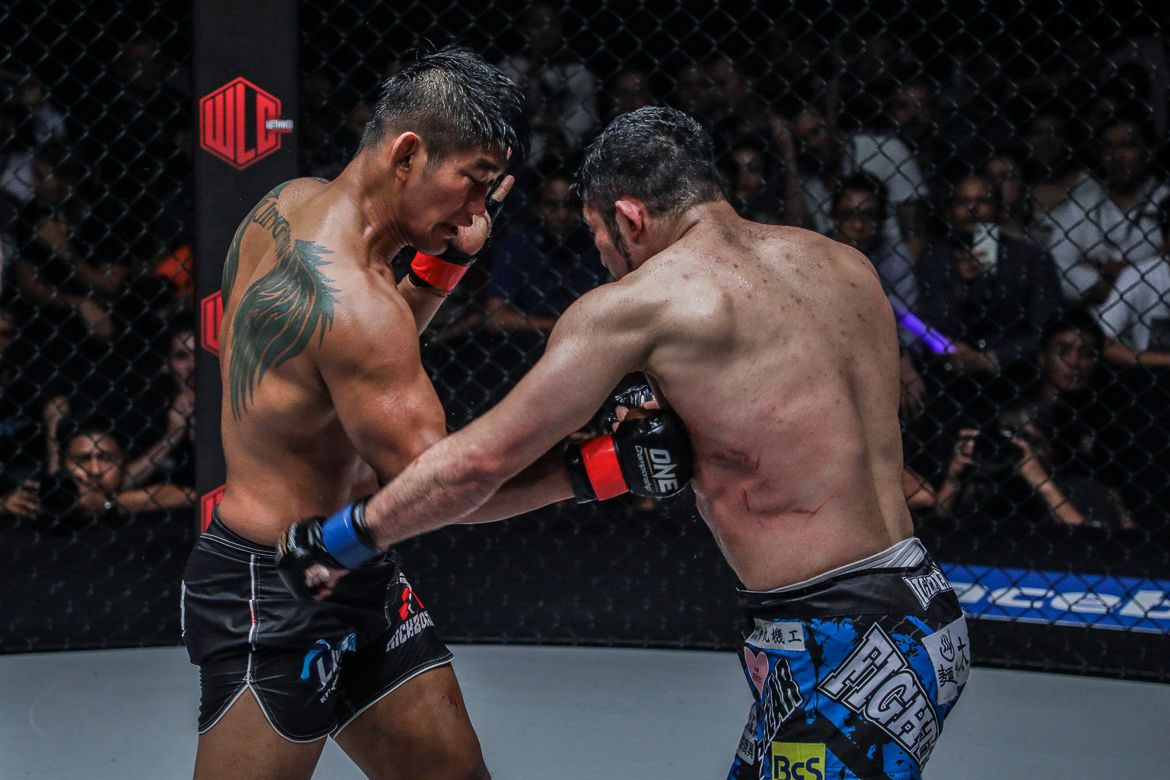 At ONE: Spirit of a Warrior, “The Burmese Python” Aung La N Sang and Ken Hasegawa produced the single best World Championship bout in ONE history.

From the first bell, the pair went toe-to-toe in an incredible battle of skill and will, over almost the full five-round distance.

Aung La N Sang and Hasegawa stood and traded heavy-handed strikes; looked for takedowns; and engaged in thrilling scrambles on the mat, in an all-encompassing bout that left both men physically exhausted at its conclusion.

Throughout the bout the action was relentless. Whenever one athlete connected with a significant strike, their opposite number fired back instantly with one of his own, as neither man was prepared to give an inch. It meant the contest developed into an enthralling five-round war of attrition between two phenomenally-conditioned athletes.

But eventually, after an incredible battle, it was the local hero who produced the bout-ending moment. He summoned up one final effort to unleash a thunderous uppercut to knock out a fatigued Hasegawa and retain his ONE Middleweight World Title under the most dramatic of circumstances.

The Thuwunna Indoor Stadium exploded with joy, and fans watching around the world hailed the greatest World Title bout ever seen in The Home Of Martial Arts.

It was the ultimate demonstration of martial arts at the highest level. Two elite athletes went head to head and pushed themselves to the limit for the biggest prize in martial arts.

ONE commentator Michael Schiavello described it thus: “What superlative can you possibly put on a match like Aung La N Sang and Ken Hasegawa?

“Extraordinary, awesome, epic, amazing, fantastic, thrilling, brilliant – all those words are not enough to describe what a match this was.”

Aung La N Sang said modestly: “I don’t know how you rate things like that, but for me, it was a fun fight, and I like fun fights.”

It was all that and more. And on March 31, the pair will meet again in a rematch at ONE: A New Era in Tokyo, Japan.

It promises to be every bit as epic.

Ending up as runners-up are Li Kai Wen versus Emilio Urrutia (Pursuit of Power); Danny Kingad versus Yuya Wakamatsu (Conquest of Heroes); Kevin Belingon versus Bibiano Fernandes (Heart of a Lion); and Eduard Folayang versus Amir Khan (Conquest of Champions).

Team Pilipinas’ Obstacle Sports squad to train in US