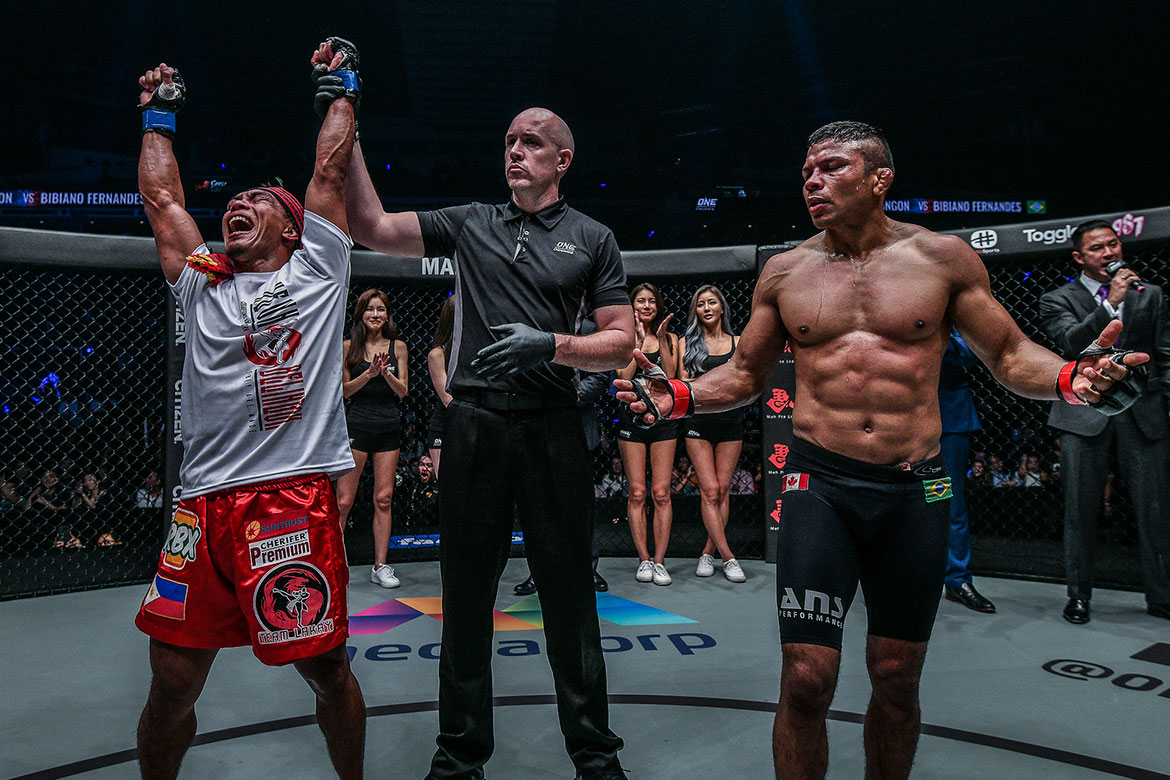 Team Lakay continues to prove that they are the kings of rematches.

After 962 days, Kevin Belingon was able to exact vengeance on Bibiano Fernandes, taking a split decision to unify the ONE Bantamweight World Championship in the main event of ONE: Heart of a Lion at the Singapore Indoor Stadium, Singapore.

“Bibiano is a very tough opponent, I really had a hard time beating him tonight,” said Belingon, who lost to Fernandes back in January 23, 2016 via first round submission. “I respect him very much, and it is an honor to fight such a tough fighter. I know Bibiano is very tough, but I think I deserve this victory.”

This is Team Lakay’s fourth championship this year, as Geje Eustaquio is the current Flyweight champion, while Joshua Pacio is the reigning Strawweight kingpin. Moreover, Belingon is the sixth Filipino world champion in the promotion.

“The game plan was to knock him out. We saw [a weakness] in his previous fight. I kept on giving him everything, but he has good defense,” he added.

Fernandes did his best to take the action to the ground, but Belingon showed much improved grappling skills.

After five rounds of action, Belingon had his hands raised in sweet victory.

#ReadMore  PSA to honor Folayang, Vera, Belingon at Awards Night
In this article:Bibiano Fernandes, Kevin Belingon, ONE: Heart of a Lion, Team Lakay