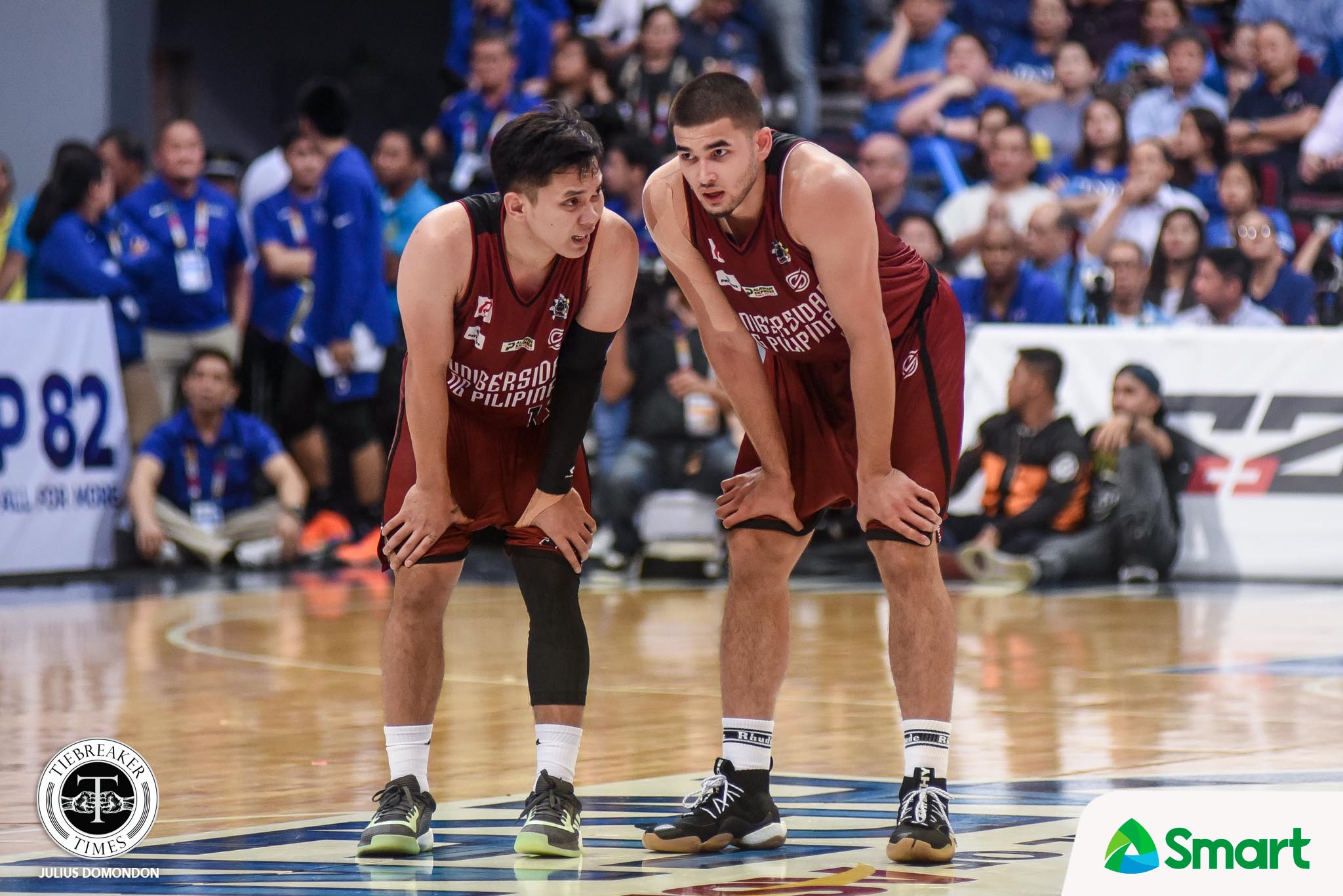 Despite another loss to Ateneo de Manila University, Kobe Paras is looking at the positives heading into the Final Four.

“I think we did good,” shared the University of the Philippines wingman.

“We’re just grateful that we are in the Final Four.”

The contest itself saw the Fighting Maroons keep pace with the Blue Eagles for a good 12 minutes. But their once 25-24 lead quickly vanished after an SJ Belangel-led 19-2 flurry.

Ateneo would lead by as much as 24 points in the contest before taking an 86-64 win to sweep the elimination round.

For Paras, it showed their flaws — including their youth.

“All I know is that our team just has a lot to work on. Our team survives off talent. Maybe out of all teams, I believe, individually, we have the most talent. But talent alone will not win games. You have to have chemistry, you have to work hard, and you have to listen to the coaches,” the 22-year-old shared.

“Stay composed no matter what. I guess that’s it — we just have to focus and be better.”

And so hopefully, their upcoming 10-day break helps them recover both physically and mentally.

“I think it will be better for everyone in the team to recover, clear the mind, and get ready for the next game,” said Paras, who had 13 points, seven rebounds, and two assists in 30 minutes of game time against Ateneo.

When asked how they will prepare for either Far Eastern University or University of Santo Tomas, Paras shared that he will be a willing, interested spectator to begin with.

“They are two great teams, with great coaches and great players. That would be fun to watch. I really want to watch that game live.”

However, at the end of the day, the Maroons will be all business and will try to use the semis twice-to-beat bonus to the tee.

“As I have said, UP has never been in this position, and we are just grateful. So, we just have to make the most out of it. Bring our A-game in practice and, of course, against whoever wins between UST and FEU.”

With defenses zoning on him, Manny Harris shows new facet in game