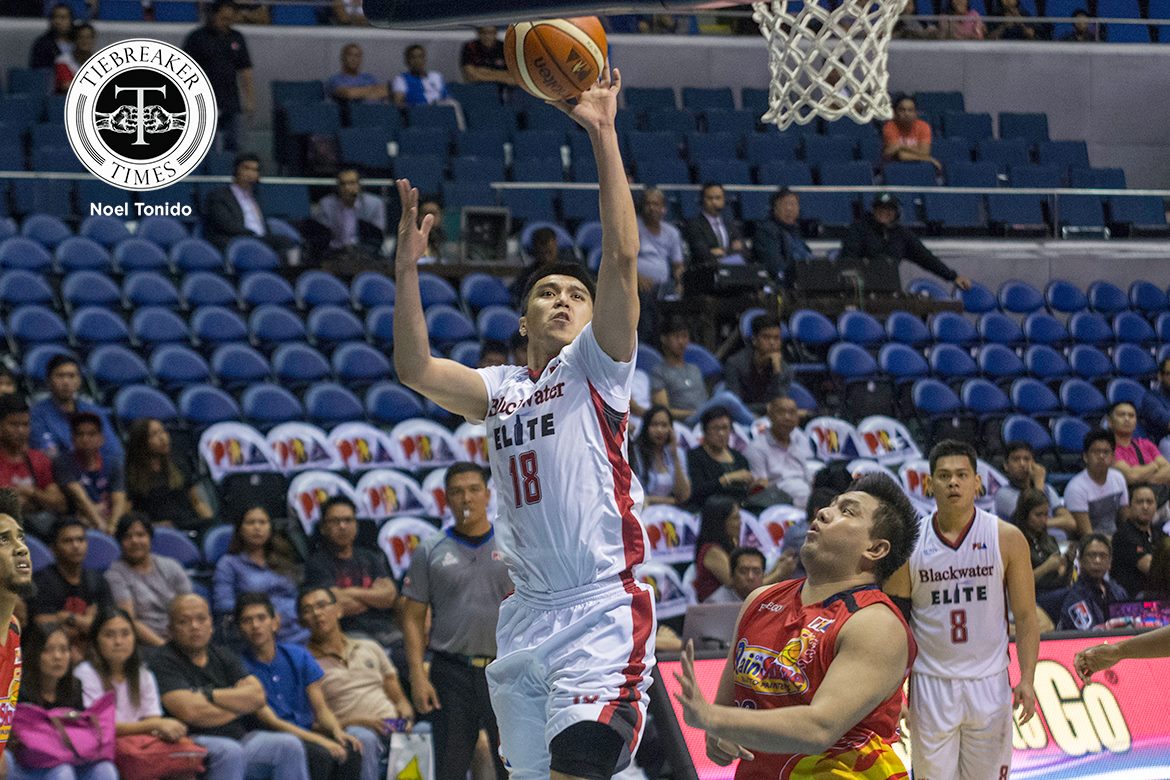 It is now the end of the road for Blackwater Elite.

Looking back, the two-year-old franchise, with the coming of rookie Mac Belo, sent a message to the league that they can turn from pretenders to legitimate contenders especially in the early part of the 2017 Philippine Cup.

With wins over Phoenix, Meralco, NLEX, and Globalport in their first six games, the Elite earned a franchise-best record of 4-2 — a record that even sent them at the second spot of the team rankings in a short amount of time.

However, that surge of Blackwater was short-lived. In their last five outings, the Elite bowed against the likes of Mahindra, San Miguel, Barangay Ginebra, and Purefoods Star, sending their record down to 5-6.

It was obviously a promising start for the Elite, but it all went to a downward spiral at the conference’s latter stage. A few more wins could have sent them to the playoffs for the second time in team history, but things did not go their way.

And on Friday evening, Blackwater officially bade goodbye to their hopes of cracking the All-Filipino quarterfinals, losing their do-or-die match against the Rain or Shine Elasto Painters through a 23-point drubbing, 103-80.

One of those regretting the team’s loss is top forward Art Dela Cruz, who has been providing much needed stability for the Elite.

“Good conference for us but we fell short,” reflected Dela Cruz on Blackwater’s run.

“Naisip namin na yung finishing touches, wala talaga and I hope this will be a learning for us and someday, may matutunan kami sa conference na ito.”

When asked what proved to be Blackwater’s turning point in their Philippine Cup campaign, the former San Beda Red Lion was quick to point out their loss against Mahindra last Christmas of 2016. Since then, the Elite lost five of its last six games.

But despite the remorseful fate they encountered in the conference, the 24-year-old still voiced positive remarks with regards to how Blackwater fared in the Philippine Cup

Now, Blackwater’s focus now shifts to the upcoming Commisioner’s Cup. And for Dela Cruz, all he hopes us for the team to sustain and apply all the learnings they earned this Philippine Cup.

Bench-ridden Tolomia rises and boosts ROS in the best time