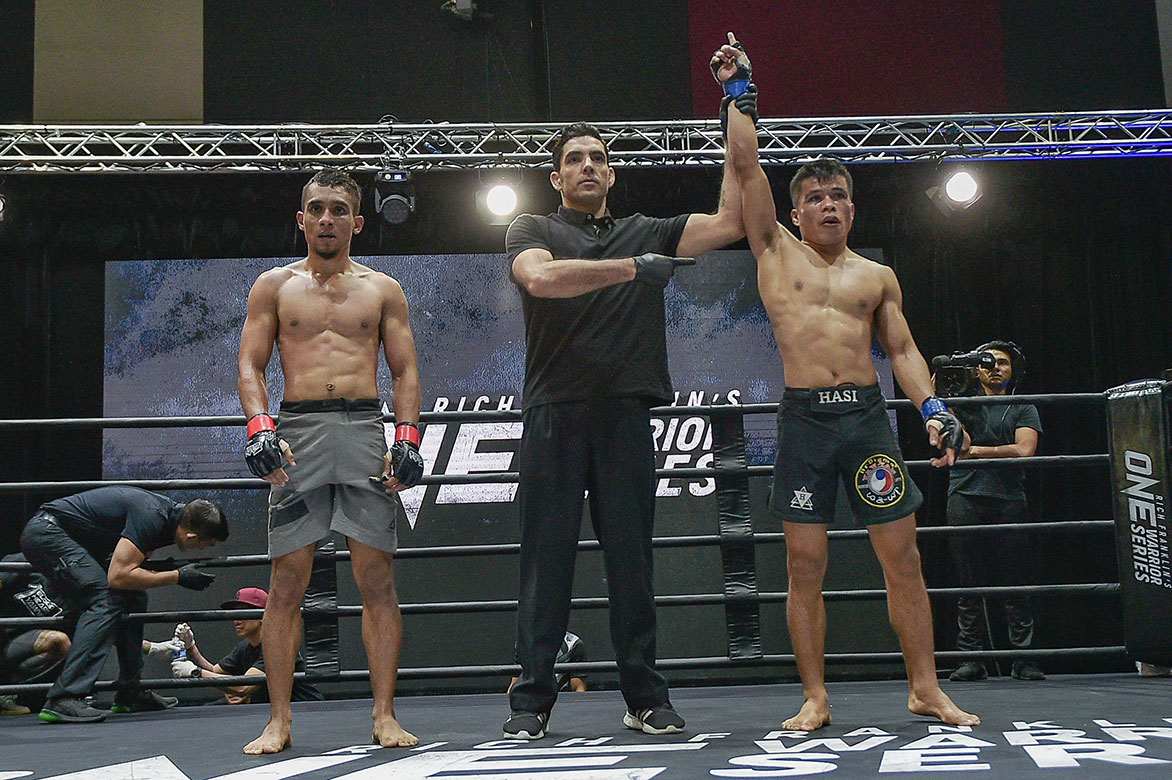 Allan Albindo wants a grand ending to 2019, and he will get that chance when he takes on “Prince” Toreq at Rich Franklin’s ONE Warrior Series 9 on December 4 in Singapore.

The Yaw-Yan Ardigma Cebu product looks for his second-straight win in the developmental arm of ONE Championship, and he is ready for another challenge in the Lion City.

“There’s no easy challenge in martial arts. Every fight, there are a lot of things that can happen. However, I am mentally and physically prepared for this match,” Albindo said.

“I am truly ready for this fight. I know it would not be easy. I’ve scouted Toreq and I saw that he’s a good grappler, and that’s just one of the things I am working on for this fight.”

After a unanimous decision loss to Manthan Rane at OWS 6 in his debut, Albindo redeemed himself with a third-round TKO win over Arif Izzudin at OWS 7 in July.

Another impressive win here could put him in the radar of the ONE higher-ups. And who knows — he might even snag that life-changing lucrative six-figure contract to the main roster.

“My training has been non-stop since my last match. I really worked for this because I want to show them that they did not make a mistake by getting me at ONE Warrior Series,” Albindo said.

“I just have to continue my brilliant performance because that will one day bring me the contract. I want to succeed as an athlete, and I am not wasting this opportunity.”

With less than three days until another one of his conquests, the 22-year-old Cebuano is ready to go at anytime.

READ  Roel Rosauro looks to build on big ONE: A New Tomorrow win

“I emphasized work on my ground defense and loaded up on my striking. Those are the things that will bring me to victory. Conditioning wise, I think I’m 100 percent ready,” Albindo said.

“This is for my family — that’s where I get my strength every day. It can be hard at times but I know that everything will pay-off and, it starts on Wednesday.”

For one last time this year, ONE Championship returns to Kuala Lumpur, Malaysia for ONE: Mark of Greatness at the Axiata Arena on December 6.