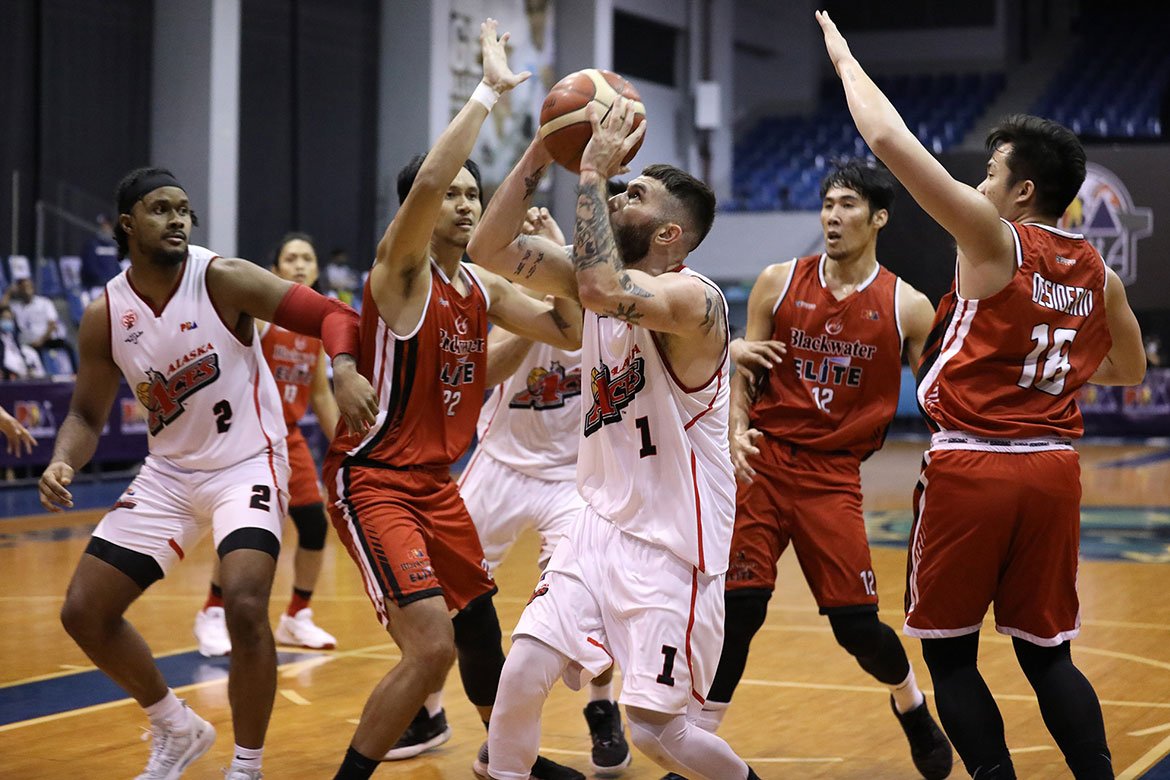 Alaska and Blackwater are set to be tested Thursday morning in the wake of the first COVID-19 case reported inside the PBA bubble.

Commissioner Willie Marcial said as much as the league, together with Bases Conversion and Development Authority and the Clark Development Corporation is doing everything it can to manage the situation.

The PBA on Wednesday learned that one of its referees is suspected to have tested positive for the virus. The asymptomatic referee was tested last Oct. 19 along with 27 others, whose tests all came out negative Tuesday night.

And apparently, that ref was part of the officiating crew that worked on the Aces-Elite match which the former won, 120-82.

The league has already announced that the subject may be a false positive case as the antigen result came out negative, although Marcial said that they are still waiting for the result of the RT-PCR test.

And the league hopes that the result of which will come out negative to prove that it is indeed a false case. Currently, the subject is being quarantined at the Athletes’ Village in Capas, Tarlac.

All of the eight persons listed as the referees’ close contacts, meanwhile, were also established and isolated within 12 hours. They will undergo another round of RT-PCR tests on Saturday, October 24.