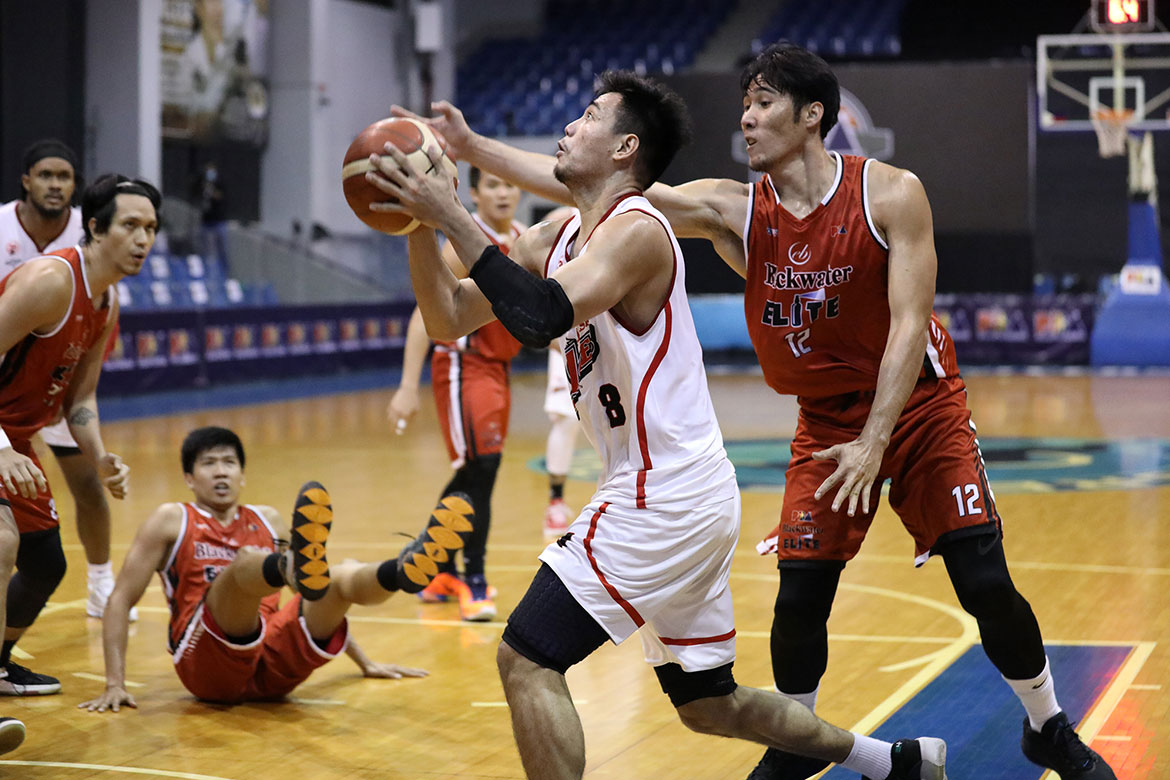 Alaska posted its most dominant win yet in the 2020 PBA Philippine Cup following its 38-point decimation of Blackwater, 120-82, Tuesday night at the Angeles University Foundation Sports and Cultural Center in Pampanga.

Barkley Ebona shone brightly in the wire-to-wire victory as he finished with a game-high 24 points, which is the highest scoring output of a rookie inside the bubble so far. He missed just once in the 11 shots he took.

“We’re happy with the growth of Barkley,” expressed Aces head coach Jeff Cariaso post-game. “He’s still learning and improving. What I like about him is his fight. This kid is tough as nails.”

Robbie Herndon produced 21 points, and star forward Vic Manuel has found his groove again with 16 points, including ten in the opening frame where the Aces sprinted to a 24-8 start and never looked back since.

Alaska improved to 2-2 with the win, which was its most dominant victory since the 101-63 drubbing it gave Kia back the 2015 Governors’ Cup.

“I think the defense tonight was tremendous. They really followed the gameplan that we implemented. So as a coach, you’re always happy that they were able to execute,” Cariaso lauded.

Due to that defense he beamed about, no third quarter explosions took place for Blackwater. The Elite averaged 38.3 third quarter points in their first three games, but was only limited by the Aces to just 21.

“We knew coming into this game that the third quarter has been big for them. They have young legs, they have the capabilities of putting up more than 30 points. That needs to be respected kasi hindi siya accident,” said Cariaso.

The win also served as a fitting welcome to Maverick Ahanmisi, who played his first game in the bubble as he came in just last week. He played for six minutes and 33 seconds, where had two points and two assists.

“I told him in the beginning, ‘I don’t wanna play you, I hope that there’s no need to play you.’ And I just felt like giving him a few minutes to get that first game out of his system — tonight was a good time,” Cariaso said.

The win, moreover, was Alaska’s gift to Kevin Racal, who’s set to leave the bubble tomorrow to undergo surgery in his right knee after suffering a complete tear in his anterior cruciate ligament.

“We’re praying for Kevin. Yes, he is leaving tomorrow, unfortunately, but he’s always with us,” said Cariaso. “I told him, ‘Get the surgery so you can come back sooner.’ That’s what we’re doing.”

Ed Daquioag had 18 points to lead Blackwater, whose loss equaled its worst defeat in franchise history. It suffered a 127-89 beatdown to TNT in last year’s Philippine Cup and to Rain or Shine (123-85) in the 2015 Governors’ Cup.

Mike Tolomia was the only other double-digit scorer for the Elite with 10 points, along with seven dimes in the crushing setback that dropped them to 2-2.

Daquioag and Tolomia gave some life to Blackwater in the second frame through a 12-2 run that trimmed the 28-point deficit to just 18 at the half. But Alaska was just too much to handle.

The Aces didn’t let the Elite come in any closer since then. And a three-pointer courtesy of guard Abel Galliguez with 5:08 remaining in the game gave them their biggest lead of the night at 41, 114-73.

Thursday will mark the return of both teams into action, with Alaska taking on the 3-0 Rain or Shine at the 6:45 p.m. main-eventer that goes after Blackwater’s clash with league leaders TNT at 4:00 p.m.