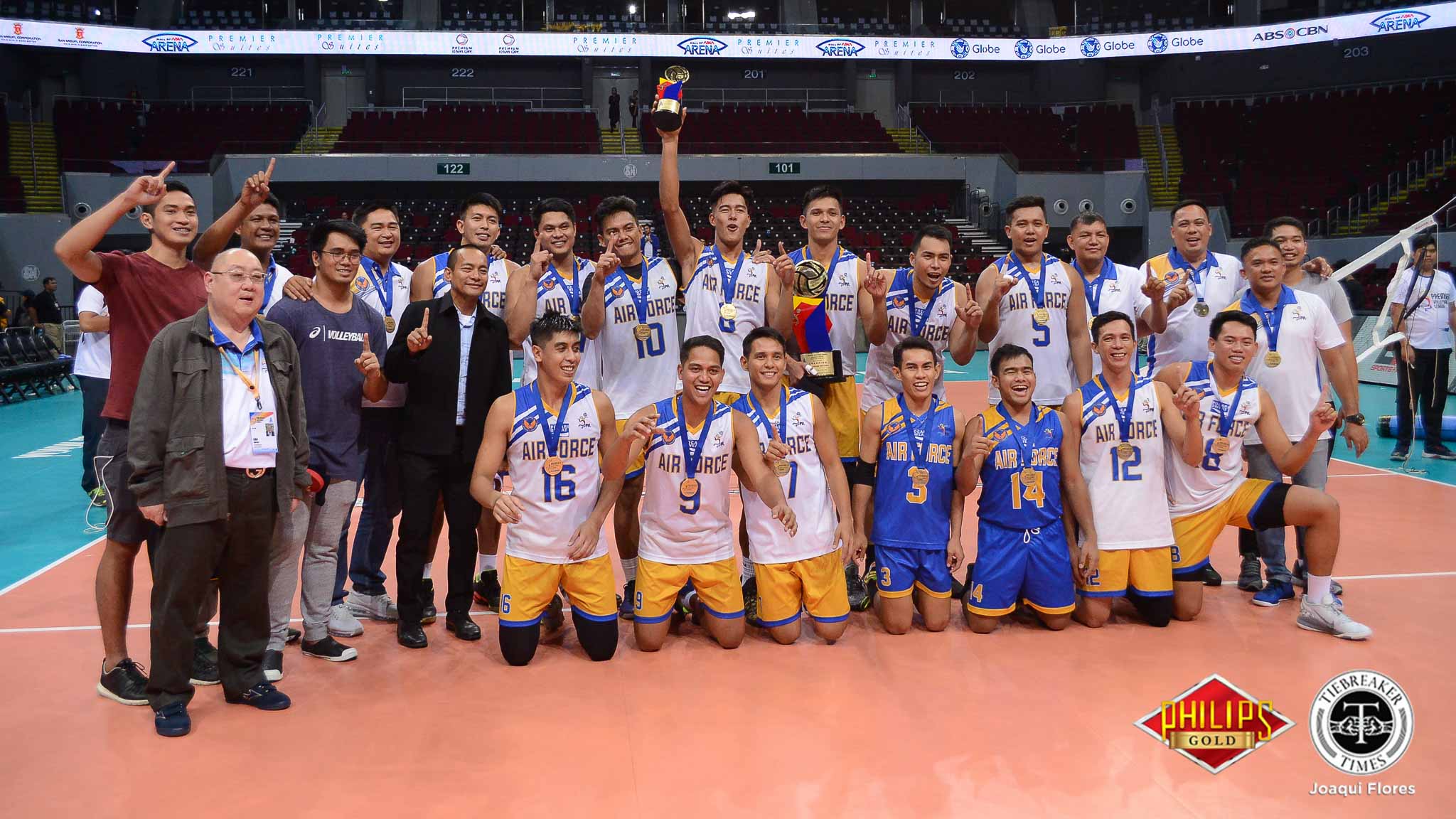 With the win, the Jet Spikers have successfully quenched their one-year title drought since snagging the now-defunct V-League Reinforced conference crown two years ago, which was also at the expense of HD Spikers.

Bryan Bagunas, who topscored for Air Force with 30 points, was adjudged finals MVP.

Up by two sets to one, the Jet Spikers were poised to corral the medal for good. However, Marck Espejo showed why he’s the season MVP, scoring seven of the last 14 points for Air Force in the fourth set to force a decider.

But in the fifth set, with the game knotted at 9-all , the Jet Spikers dug deep and mustered a 6-4 spurt – capped by back-to-back hits from Air Force skipper Jeffrey Malabanan – to seal the championship.

Espejo, on the other hand, erupted for 41 points built on 38 spikes and three blocks that went down the drain.

Fresh off the win, coach Verayo cited that his team has no time to rest, as they will immediately prepare to defend the title in the upcoming conferences.

Jude Garcia was the lone double digit scorer for Vice Co. with 10.