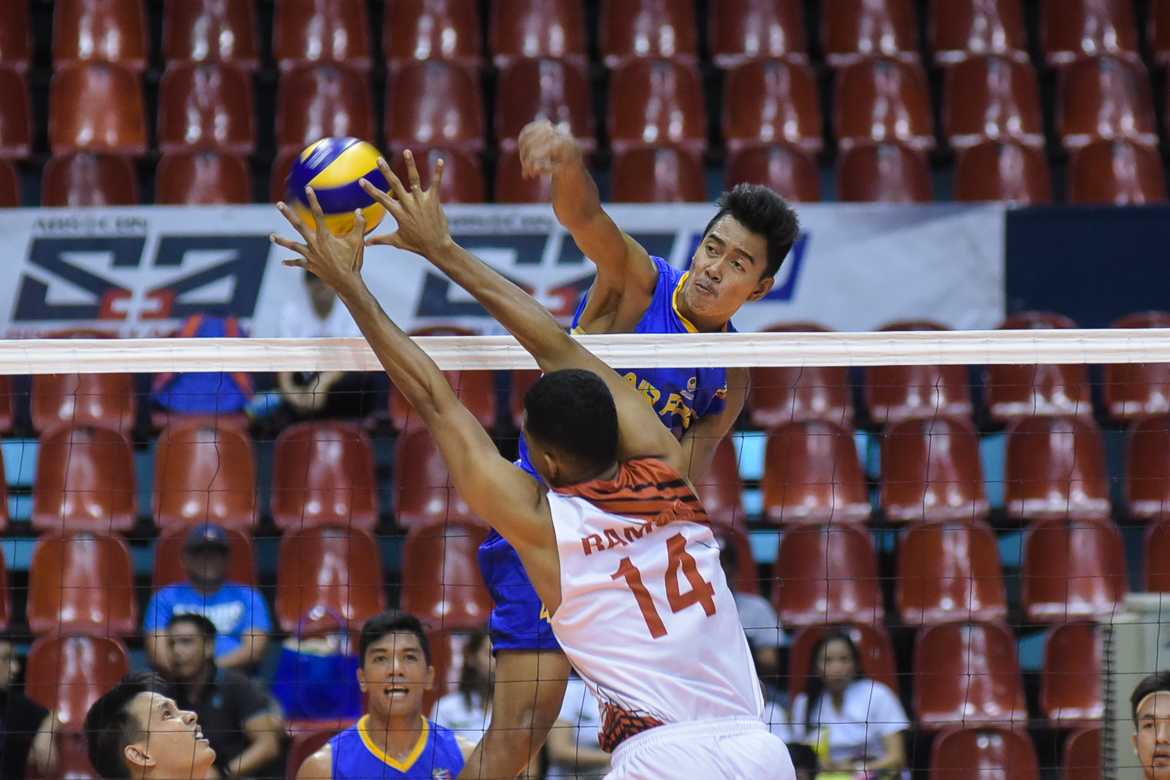 In what was the best match of this rivalry, the Air Force Airmen inched close to the Spikers’ Turf Reinforced Conference crown after taking Game One from the Cignal HD Spikers 25-23, 25-19, 17-25, 25-27, 15-12 at the PhilSports Arena, Wednesday afternoon.

Air Force got the jump on Cignal with whom they had split the two previous Spikers’ Turf titles.

After taking the first two sets, Air Force braced for a strong fight back attempt from their rivals according to head coach Rhovyl Verayo.

Cignal, who made several lineup adjustments throughout the match, pulled 20 points from veteran Saku Capate. While Ysay Marasigan and Edmar Bonono provided 15 and 13 points, respectively.

Berlin Paglinawan and Arjay Onia towed Champion’s with 17 and 16 markers each while IEM’s Daryl Valenzuela managed 13 points.
Game Two of both series will be played tomorrow at the PhilSports Arena with the season awards to be handed out in between the matches.