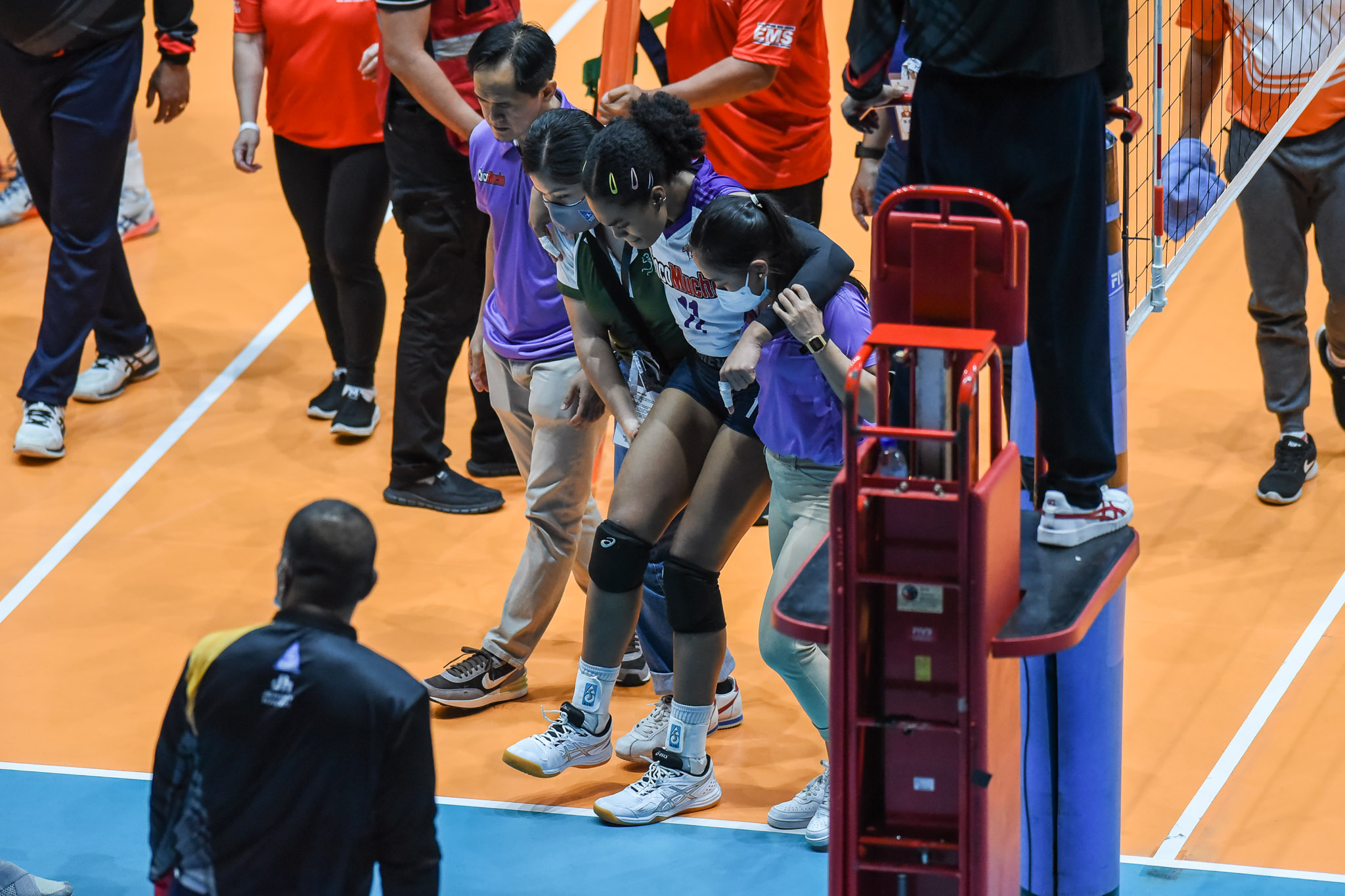 “The Choco Mucho Flying Titans Management informs our fans that Aduke Ogunsanya suffered a torn ACL on her right knee last July 19 during their match against Black Mamba Army,” read the team’s statement.

The team already missed the services of three of its starters Des Cheng, Cherry Nunag, and Kat Tolentino. Also not suiting up was back up libero Thang Ponce.

Choco Mucho also entered the tournament without star middle blocker and skipper Maddie Madayag, who also suffered the same injury as Ogunsanya back in the team’s campaign in the 2021 Open Conference.

Just like in Madayag’s case, Choco Mucho assured that they will be supporting Ogunsanya’s recovery.

“Management will ensure Aduke gets the best possible medical care for her to come back stronger in due time,” read the team’s statement.

“Let’s keep Duke in our prayers and send her our love and well wishes.”

The Flying Titans are currently on a two-game losing streak with a 1-2 card.