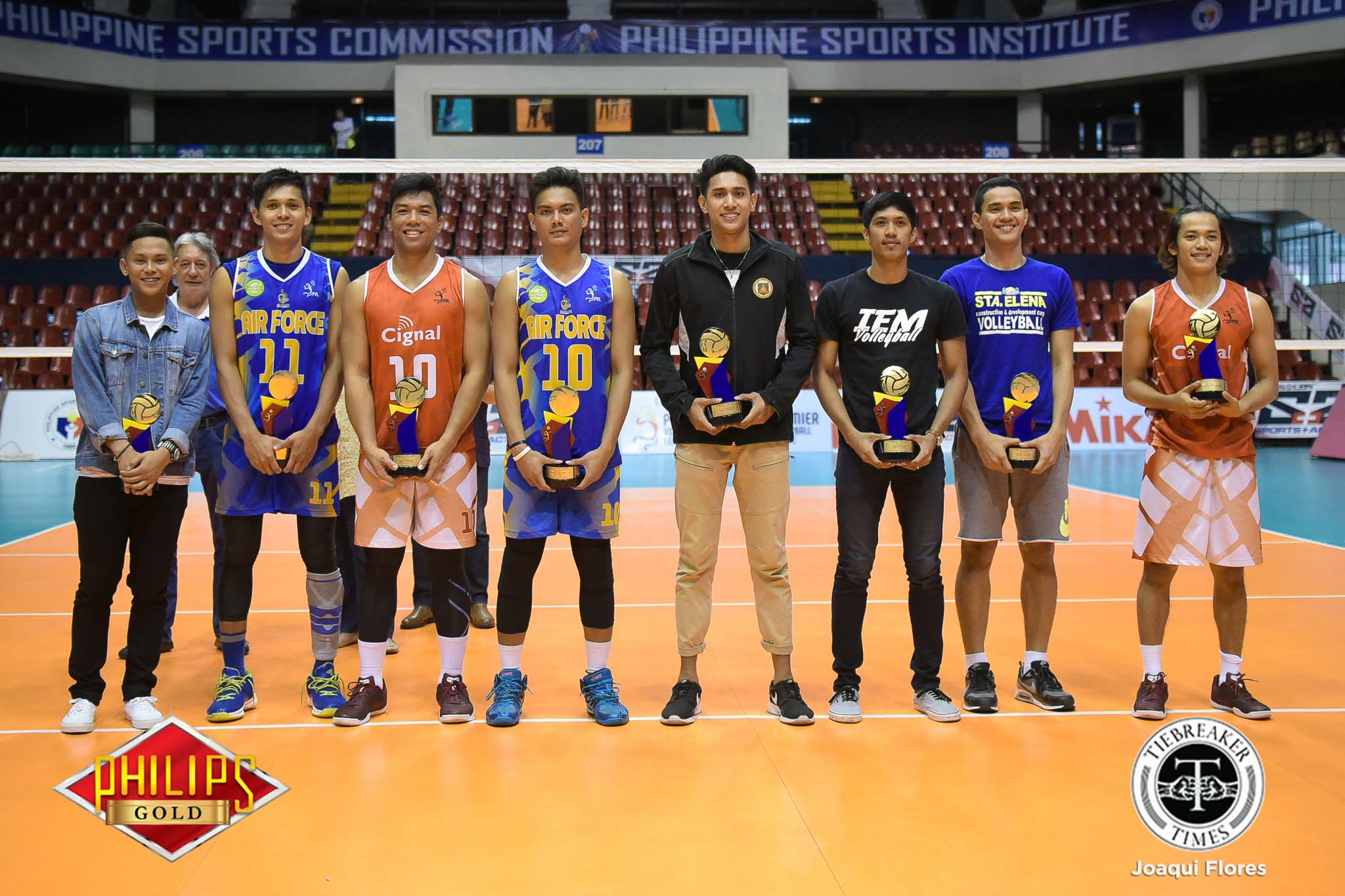 After sitting out all of 2016, Air Force’s Ranran Abdilla sweetened his comeback tour, bagging the 2017 PVL Reinforced Conference MVP award.

The Tawi-Tawi native had been sidelined due to an ACL tear in his right knee. Just months after full recovery, Abdilla has not only won the Reinforced Conference MVP, but had also earned a spot in the Philippine Men’s Volleyball Team training pool.

Rounding out the All-Tournament Team were Army’s Jayvee Sumagaysay and IEM’s Greg Dolor who were named first and second Best Middle Blocker, respectively.