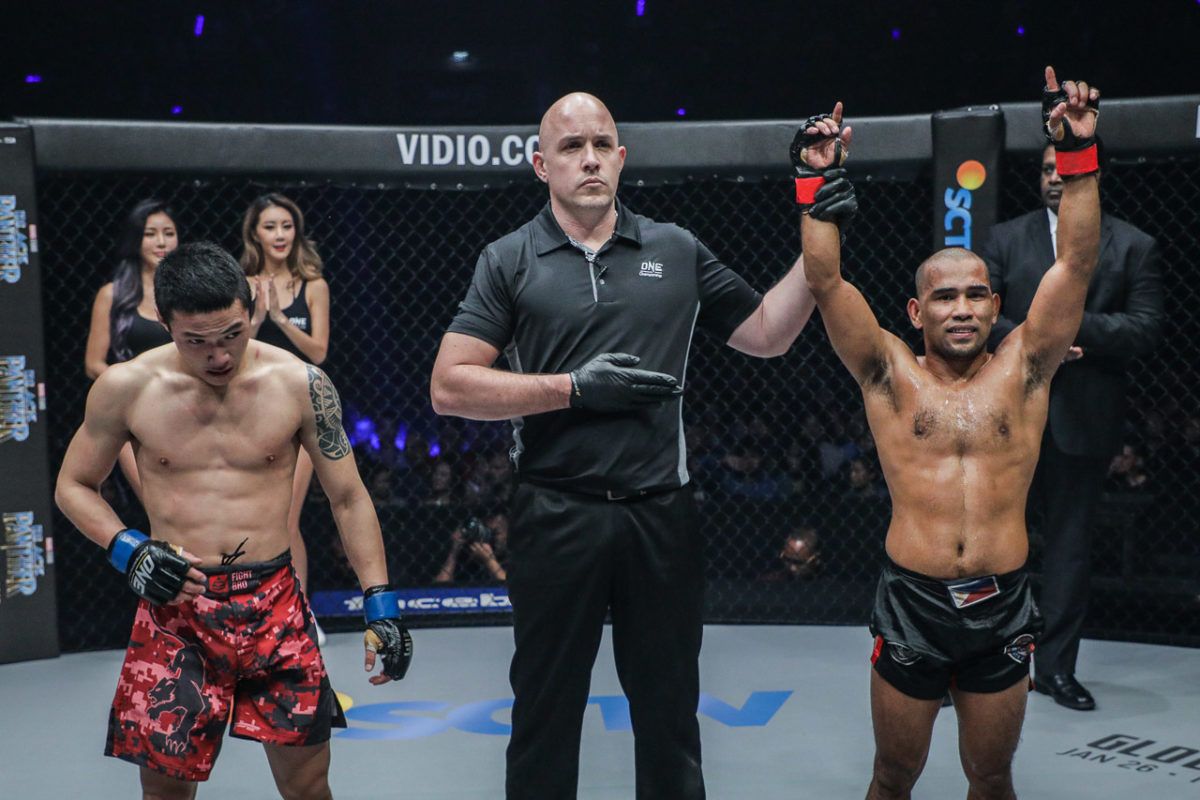 At the age of 39, some athletes in the constantly-evolving sport of mixed martial arts are already heading into the tail-end of their professional careers, but for Filipino martial arts veteran Rene “The Challenger” Catalan, the party has just started.

Taking good care of himself has become a habit for the hot-streaking Filipino strawweight, given that physical prime does not last that long and fades away as time passes by.

But for the favorite son of Iloilo City, Philippines, his motivation to excel against the young and hungry athletes in ONE Championship’s strawweight division has been the main reason why he continues to strap on four-ounce gloves.

“Many believe that the younger generation of athletes have the advantage in terms of learning and adopting things quickly,” Catalan expressed.

“But for me, it’s all about your passion and your personal belief that you are better than anyone else.”

If anyone thinks that his best days are in the rearview mirror due to his age, the four-time Wushu Sanda world champion begs to disagree, as he is still aiming to reach his peak form.

“If you are motivated to showcase your talent at any given stage, regardless of your age, you will perform at your best,” Catalan stated.

Despite being one of the oldest competitors in his division, Catalan has turned his doubters into believers, as he is now riding high on an impressive five-match winning streak in the world’s largest martial arts organization.

Having started his ONE Championship run on the wrong foot by suffering two-straight losses at the hands of former strawweight kingpins Dejdamrong Sor Amnuaysirichoke and Alex Silva, Catalan rededicated himself to the sport a few years ago, turning his weakness into strength.

Since making a triumphant return from a two-year sabbatical in September 2016, Catalan has never looked back, racking up five consecutive victories against some of the biggest names of the ONE Championship strawweight bracket.

In his most recent outing, Catalan remarkably routed Stefer Rahardian of Indonesia over the course of three rounds to walk away with an unquestionable decision win.

Rahardian was touted to be next line to vie for the coveted ONE Strawweight World Championship, steamrolling every opposition that came his way, but all of that took a drastic turn when he faced Catalan, who handed the Indonesian standout his first career defeat in dominant fashion last July.

“I always push myself to the limit.

“Each fight is a chance for me to prove that I’m one of the best,” Catalan shared.

Now that the ONE Strawweight World Title is currently in the possession of compatriot Joshua “The Passion” Pacio, Catalan feels that he deserves to be given an opportunity to vie for the gold-plated strap.

Catalan is fully aware of what the 22-year-old Team Lakay representative has to offer on the ONE Championship stage, but he is confident that he could pose serious problems in their potential title tiff.

“If it pushes through, I won’t back down. Just give me enough time to prepare. I always said I don’t want to fight a fellow Filipino, but if the fans want it, so be it,” the Asian Games gold medalist in Wushu said. “I know how good he is, but I’m also confident with my skills.

“If that opportunity for the title comes, I’ll be ready and expect me to perform at my very best. I’ll fight like a young and hungry warrior on that night.”

Related Topics:Rene Catalan
Up Next