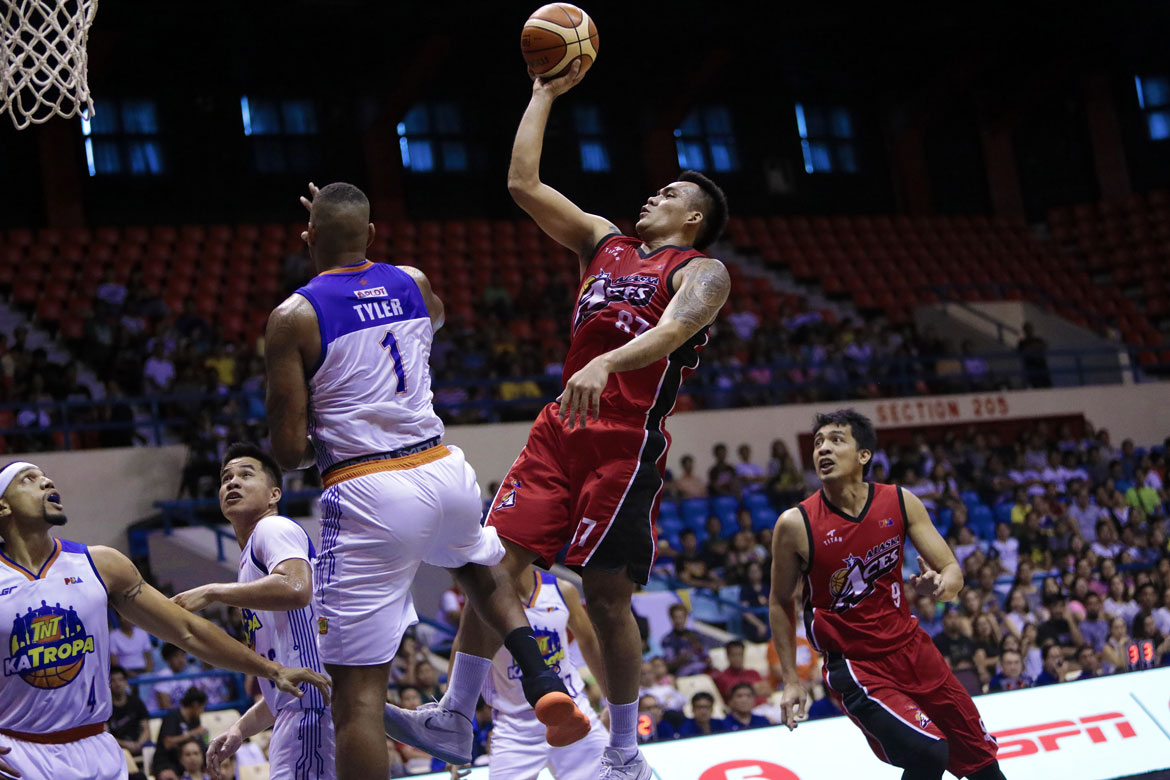 Vic Manuel and the Alaska Aces’ surge in the 2018 Commissioner’s Cup continues as they collected their third straight win at the expense of the erstwhile unbeaten TNT Katropa, 110-100, Sunday at the Ynares Center in Antipolo City.

The Milkmen improved their card to 3-1, creating a four-way logjam at the top spot of the team standings along with the Katropa, the Rain or Shine Elasto Painters, and the Meralco Bolts.

Manuel has eclipsed his career-high in points yet again this conference, pumping 29 points on an efficient 12-of-18 shooting to set the pace for Alaska. The 6-foot-4 power forward also had 12 rebounds for a double-double.

“Minsan parang import si Vic,” quipped Compton of his prized big man. “A lot of times, players just recognized and got him involved, just got it to him. He made the buckets.”

The Aces dictated the game’s tempo right from the start with a 12-2 scoring blitz, and the Katropa, on the other hand, found it hard to find solutions, thus paving the way for the wire-to-wire victory for Alaska.

Import Antonio Campbell had himself an outing as he had 23 points and 20 rebounds for the Aces. Jvee Casio poured 10 points, while Calvin Abueva produced nine points, nine rebounds, three steals, and three rebounds.

Import Jeremy Tyler had 16 points and 11 rebounds for the Katropa. Troy Rosario made 15 and 11, while Jericho Cruz supplied 10 markers.

Alaska will look to get going versus San Miguel Beermen on Saturday, May 19, 5:00 PM in Dumaguete City, while TNT will aim to bounce back versus Blackwater Elite on Friday, May 18, 4:30 PM at the SMART Araneta Coliseum. 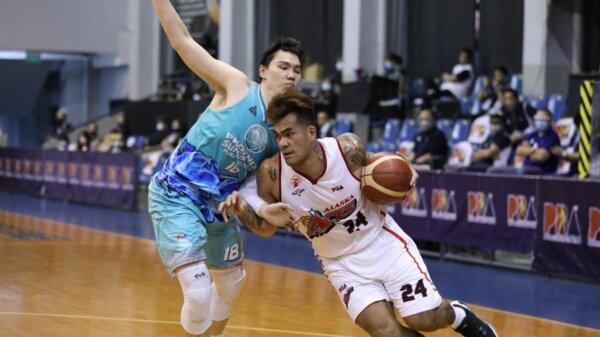 A fair exchange That’s how Phoenix manager Paolo Bugia described their trade with Alaska Tuesday, where they sent a total of three draft picks... 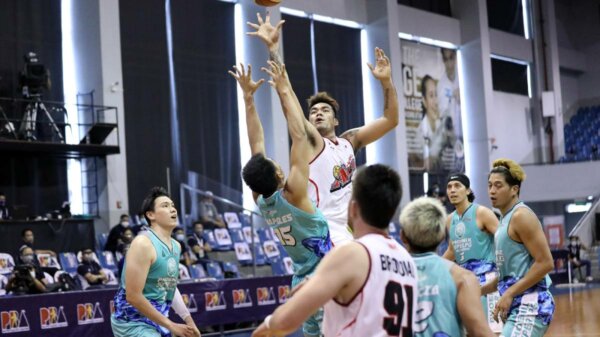 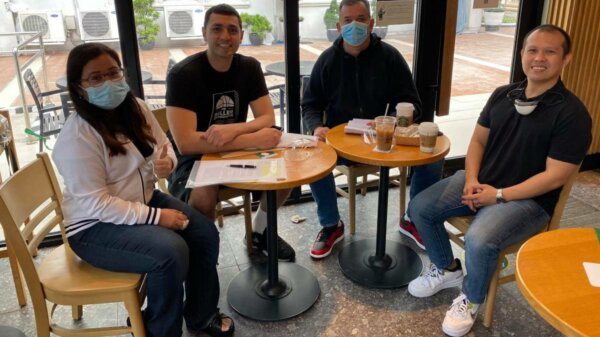