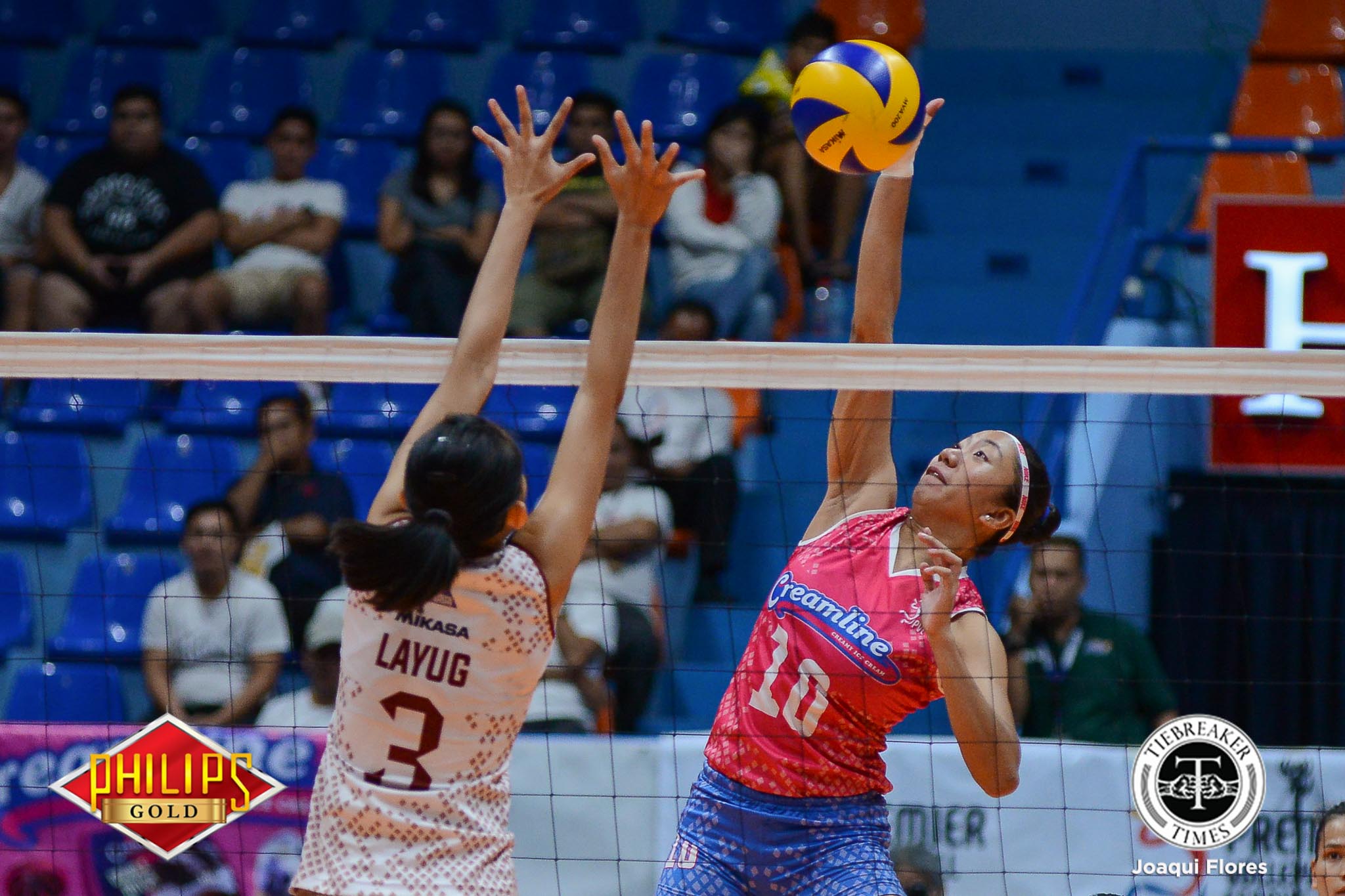 For much of the match, the Creamline Cool Smashers looked on the verge of their first loss at the hands of the University of the Philippines Lady Maroons.

The Cool Smashers fell into a slump early in the match due to their erroneous play. The Cool Smashers gave up 22 errors combined in the first two sets, allowing UP to send them to the brink.

According to Creamline assistant coach Oliver Almadro, their sluggish play was a result of the sicknesses several players battled during the week.

“Hindi nga kami makumpleto sa practice kasi ilang players namin ang may sakit. But I just told them to believe. After that second set, kahit before the game pa lang, we coaches were telling our players that they have to keep believing in ourselves that we can win,” Almadro explained.

The Cool Smashers regained form in the third frame after severely limiting their miscues. Creamline pounced on their younger foes in the fourth set and forced a decider.

With the match swinging in the balance, the Lady Maroons stole first crack at match point, 14-13, after the Cool Smashers gave up back-to-back errors followed by a Tots Carlos smash. San Beda standout Cesca Racraquin and veteran Ging Balse-Pabayo, however, had a response. Racraquin tied the match at 14 with a floater which Pabayo followed with a clutch transition hit. Racraquin then capped the match with a hit off two blockers.

“Hindi nga makapaniwala ‘yung players namin na we got the last set. That’s what happens when you believe,” closed Almadro.

The Cool Smashers (6-0) end the elimination round on July 29 against the hungry Perlas-BanKo Spikers (3-3).

Third-year wingers Tots Carlos and Isa Molde powered UP with 18 and 14 points, respectively.

The Lady Maroons (1-5) fell off the hunt for a semis seat. They play their last match against the Power Smashers also on July 29.