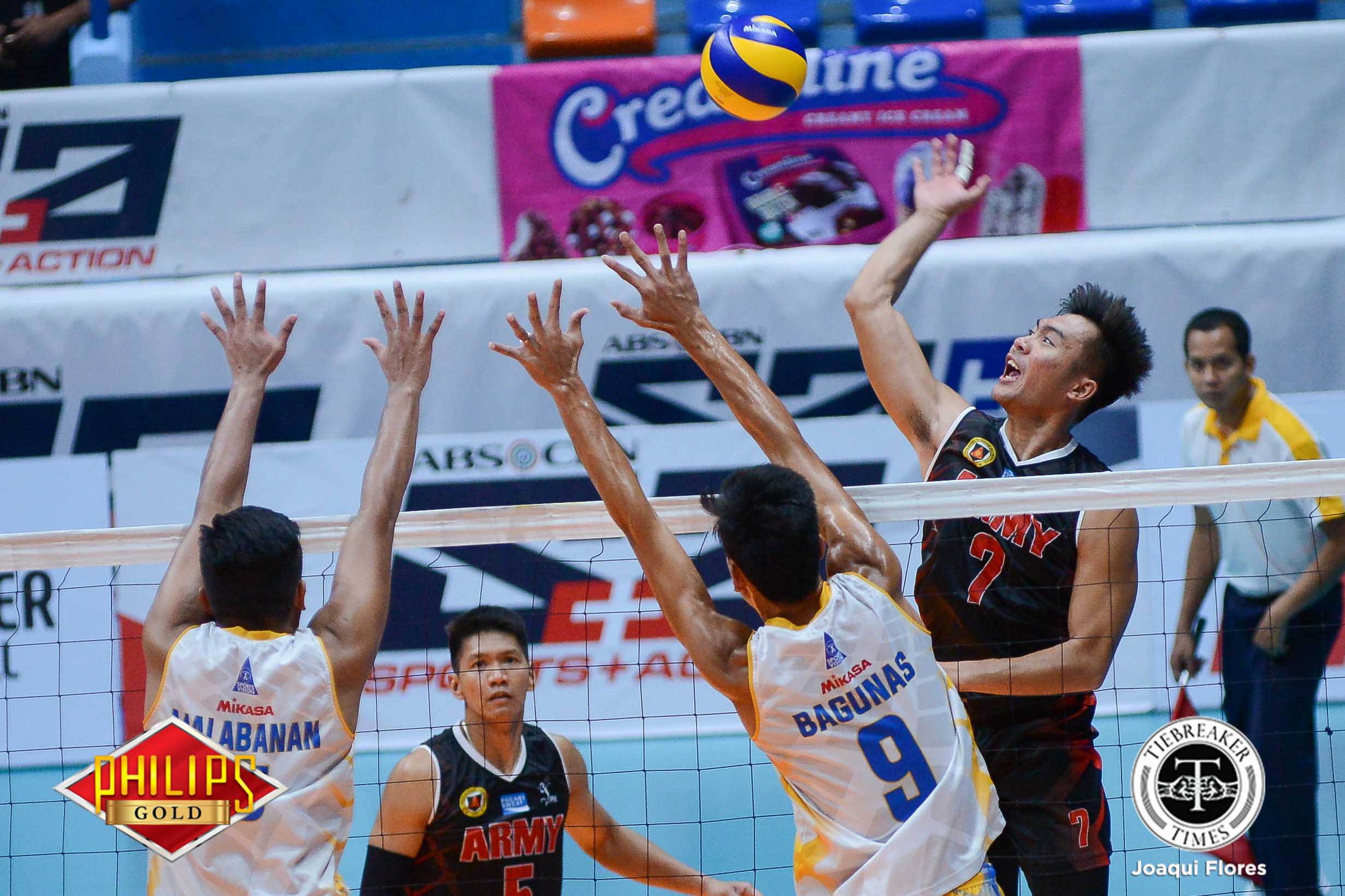 In a series between two rivals in the Armed Forces, the Philippine Army Troopers outworked the Philippine Air Force Airmen in the opening salvo, taking a four-set win, 25-23, 25-22, 21-25, 25-20, Saturday morning at the Filoil Flying V Centre in San Juan City.

Army snapped Air Force’s four-game winning streak in the process. And it was because the Troopers were not intimidated by the tall task of facing the defending champions.

But it was Thomasian setter Timothy Tajanlangit who made it all happen for the Troopers, throwing 38 excellent sets coupled with five points.

Their hard work showed as they raced to an early two-set lead before Air Force tried to mount a comeback in the third frame. However, the errors mounted for the Airmen in the fourth set that turned a 14-16 deficit into an imposing 14-19 lead for the Troopers.

The NU Bulldogs tandem of Fauzi Ismail and Bryan Bagunas tried to will Army back, cutting the lead to just three, 23-20. A powerful attack by Rico that ricocheted off of Leo Marmeto and an attack error by Bagunas denied any Army comeback.

Army had 34 errors in the game, compared to 15 for Army. The Troopers finished with nine aces as well.

Air Force’s ace libero Louwie Chavez and quicker Nino Jeruz were not fielded in the game.