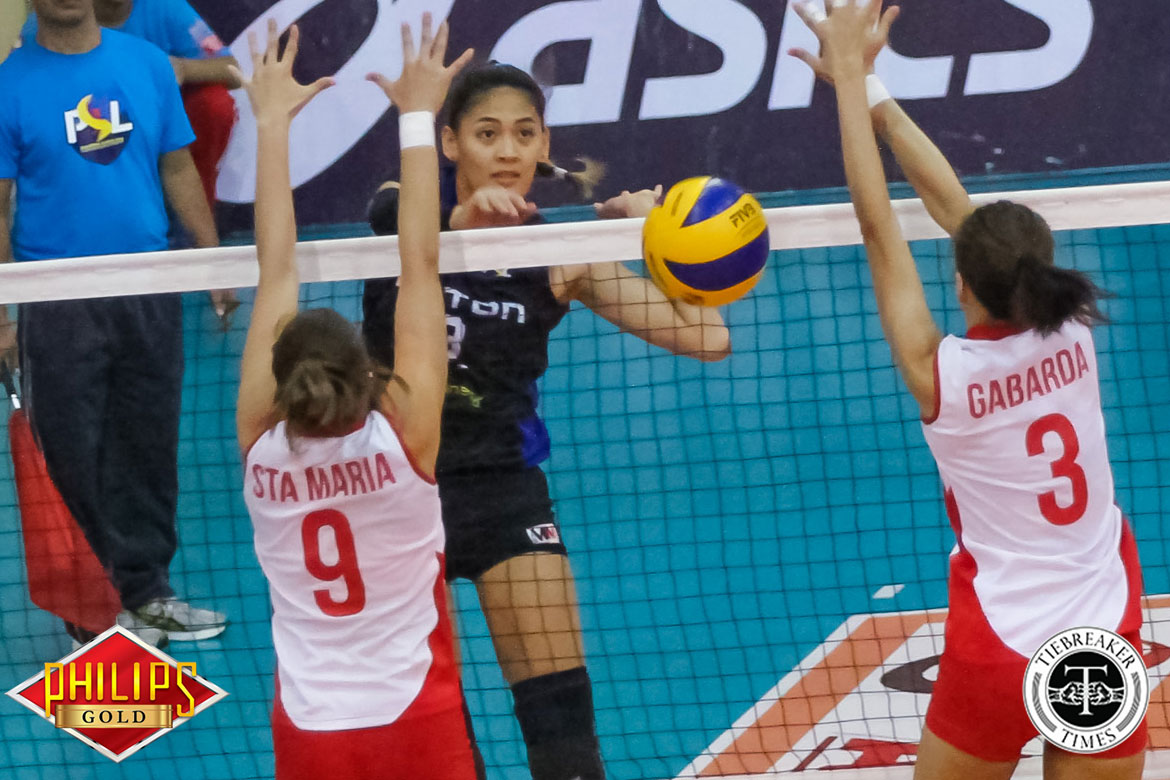 Top-seeded team Foton Tornadoes did not waste any time, leaving the young Cherrylume Iron Lady Warriors in the dust with a sweep, 25-22, 25-20, 25-11, Saturday evening at the Malolos Convention Center in Bulacan.

Once again, it was Foton’s two aces that led the way in the game, as the towering Jaja Santiago finished with 14 points, 11 on attacks, two aces, and a kill block. UST standout Ej Laure added 13 markers, 10 on attacks and three blocks.

After a slow first set, the Tornadoes were able to rev up, capped by a rousing third set that saw Foton build an imposing 21-7 lead. A Mary Ann Mendrez kill stopped the bleeding momentarily but Foton, and numerous errors by the UE-powered squad, proved to be too much. A emphatic kill by Santiago mercifully ended the match that lasted just 69 minutes.

The Iron Lady Warriors committed a glaring 26 errors in the contest, while the Tornadoes were able to impose their size, finishing with a 9-2 advantage on blocks.

Cherrylume will face the Sta. Lucia Lady Realtors in the classification battle for fifth to eighth places on Tuesday in Imus City.

READ  After PVL heartbreak, Laure sisters to go all out for Foton