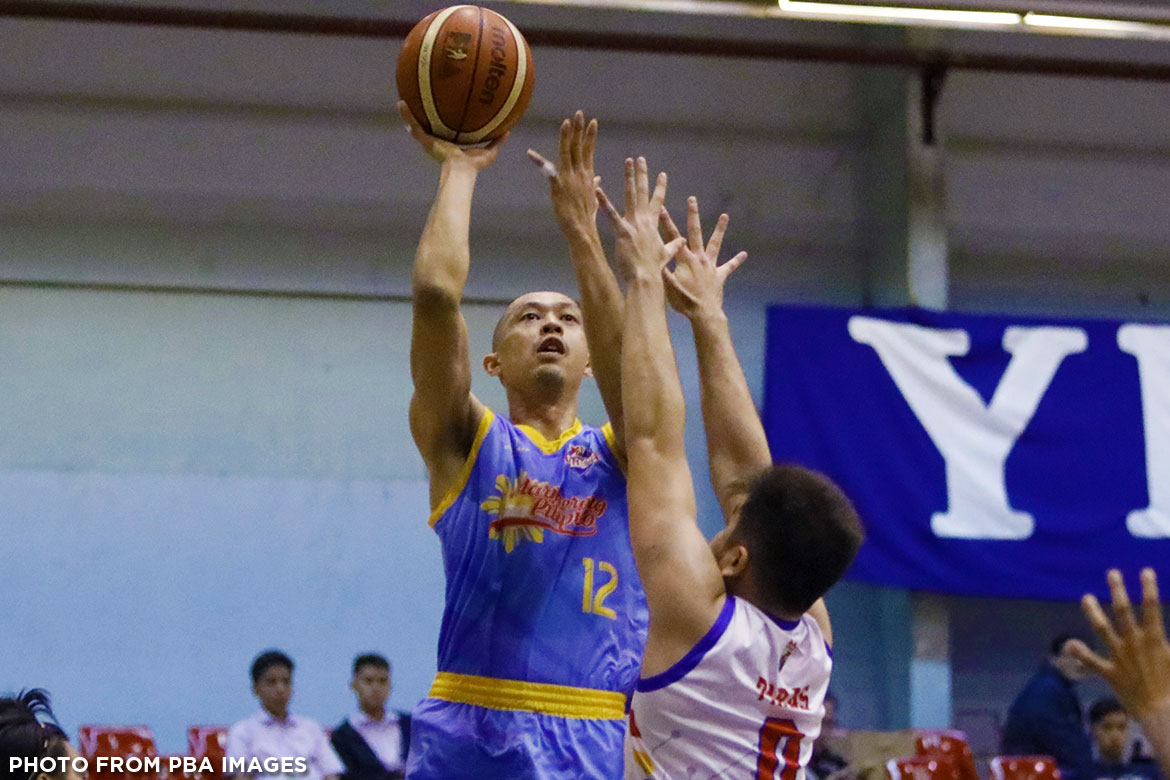 The Marinerong Pilipino Skippers succeeded in their expedition to the playoffs, trumping the AMA Online Education, 125-71, Thursday afternoon at the Ynares Sports Arena in Pasig City.

It was an awe-inspiring trek for the Skippers, who paddled their way from a 1-4 start before streaking five straight victories to advance to the quarterfinals in only their first conference in the league.

Mark Isip ignited the rout, dropping 11 of his 15 points in the second quarter breakaway to turn a slim 33-26 lead to a commanding 64-39 halftime advantage for Marinerong Pilipino. He also hauled down three rebounds and three assists.

Julian Sargent contributed 20 markers, 10 of which coming in the third frame, to go with seven boards, five dimes, and four steals for Skippers, who continued to pound the Titans in the second half and erected a lead as much as 56, 121-65.

With the game already out of reach, Donald Gumaru made the most of his chances and got 18 points and three assists. Rey Publico had 13 markers and five rebounds, while Renzo Subido shot 10 points, two boards, and two assists against his old team AMA.

“This is a good win for us. Magandang pabaon sa amin going to the playoffs, but I always remind the players na ibang klase ang playoffs and it’s a good thing that we have veterans who have been there before,” said coach Koy Banal.

Daniel Salonga topped his crew with 14 points, three rebounds, and three assists in the final elimination game for AMA (1-9). Junjun Alas chipped in 13 markers in the defeat.