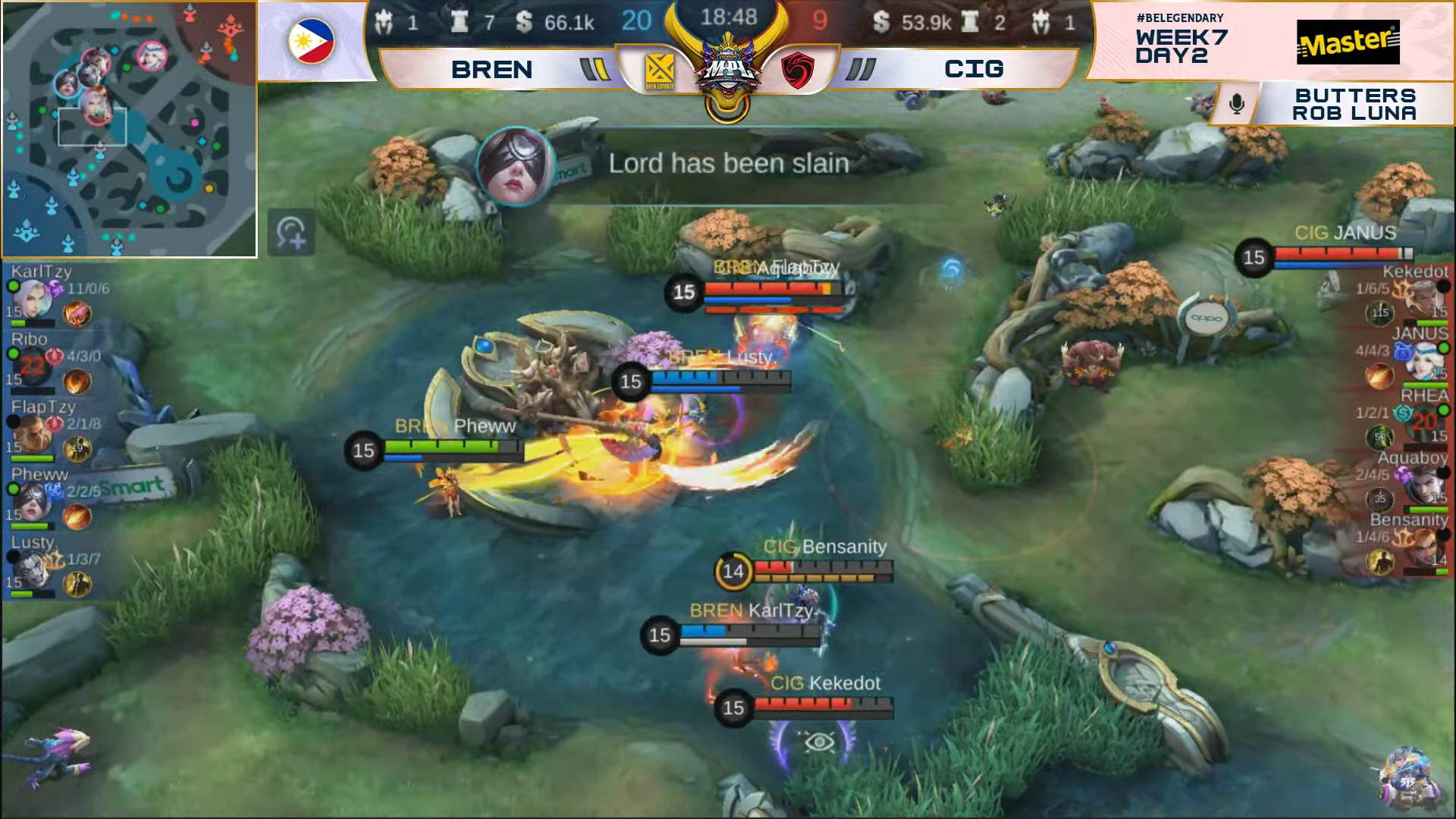 The reigning M2 world champions, who dropped three consecutive games to open the season, are now on track to claim the last upper bracket slot in Group A as they tied Work Auster Force at the second spot with 18 points through a 7-5 card.

Bren Esports will need to score a sweep against Omega or hope for a Work loss tomorrow to secure the upper bracket berth.

After mounting a sizable advantage in the early game, Bren Esports almost lost their grip in Game Two with Jones “RHEA” De Leon’s Uranus manning the front for Cignal.

During a Lord fight at the 18-minute mark, Jefferson “Kekedot” Mogol (Chou) was able to use his Way of the Dragon to shove Karl “KarlTzy” Nepomuceno’s Ling away from the pit.

With KarlTzy meters away, Arvie “Aquaboy” Calderon (Claude) had the chance to seal the Lord with his Retribution. However, a miscalculation from Aquaboy, along with great timing from Angelo “Pheww” Arcangel’s Pharsa gave Bren Esports the lord to seal the win.

The M2 finals MVP finished with 13 kills and eight assists without a single death en route to the SMART MVP award. 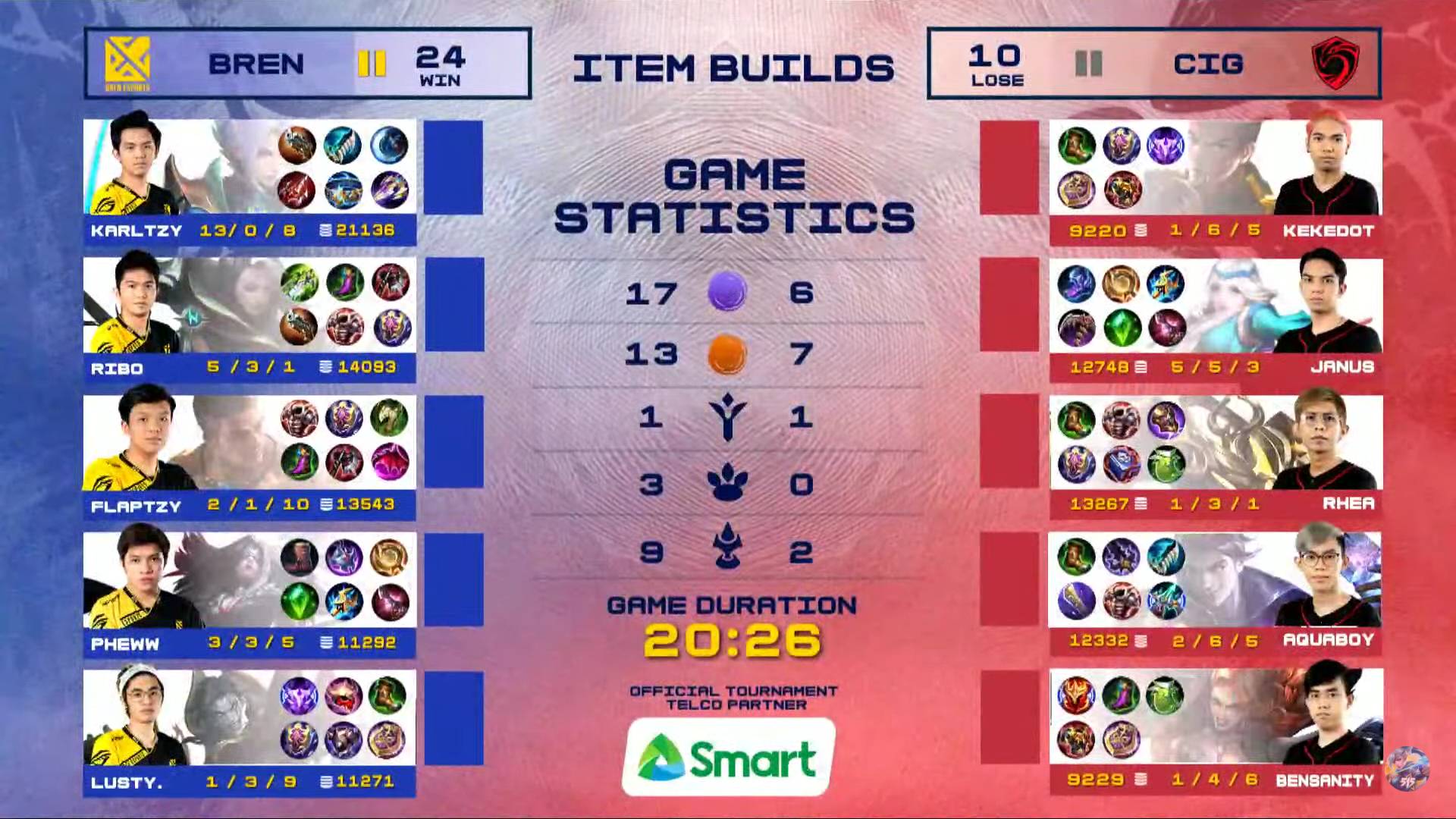 “For starters, mahaba kasi yung bakasyon namin so we were on track to have this some sort of burnout kasi for the longest time we’ve been playing the game… I know for a fact na magiging problema siya and it showed nung first few weeks,” admitted Bren coach Francis “Duckeyyy” Glindro.

“But a few weeks after… Parang natauhan na sila na hindi tayo ganito mag laro and then we made sure na the burnout is already done,” he added.

Bren Esports went back to their old poking ways to dominate Cignal Ultra in Game One.

KarlTzy was named the SMART MVP in the 13-5 Game One win with eight kills and four assists against just a death. 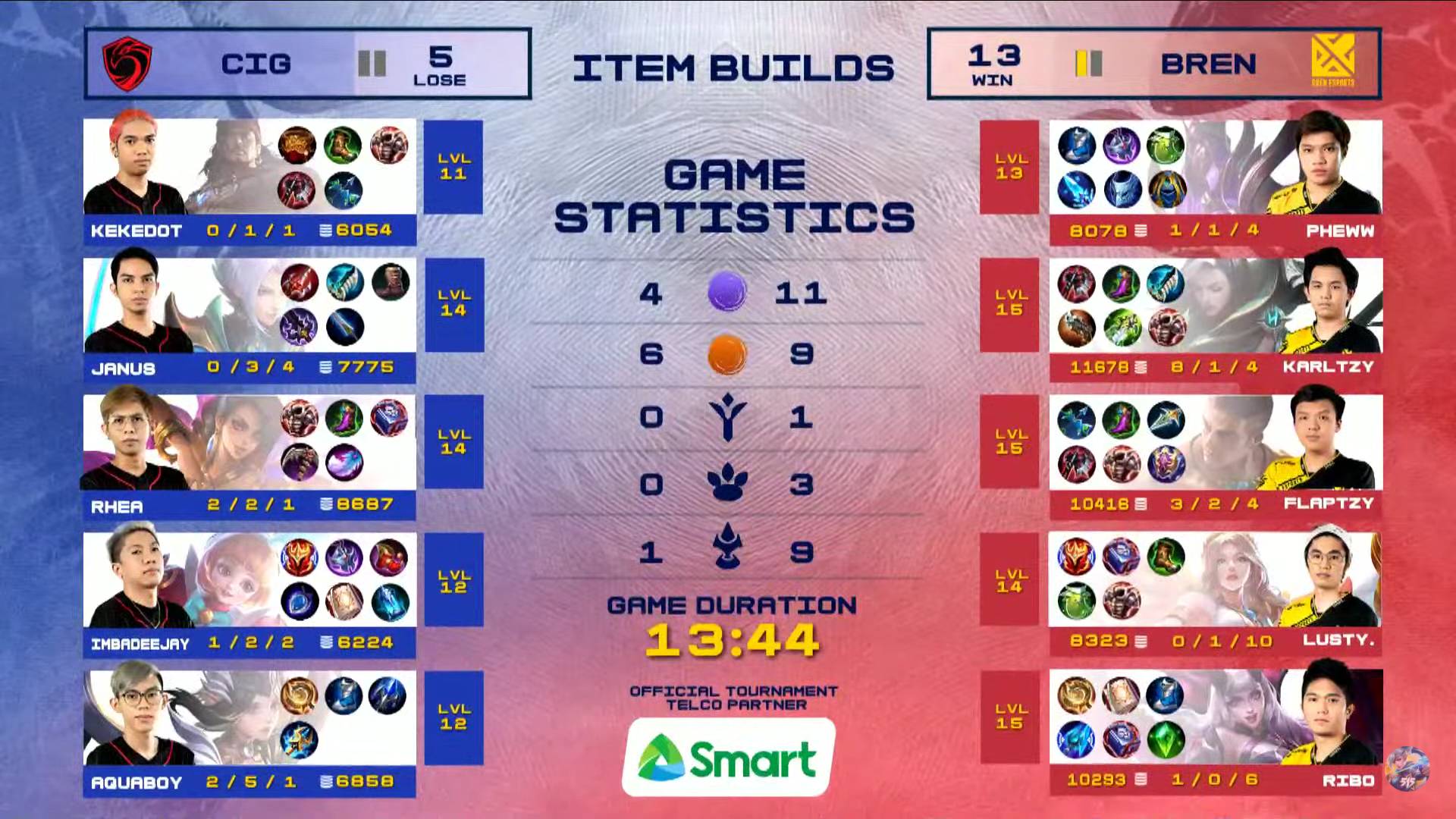 Cignal, who will have to go through the qualifiers anew to reach the MPL stage next season, ended Season Seven winless with a 0-13 card and five points.

It will be a rematch of the Season Six finals tomorrow as Bren Esports looks to solidify its upper bracket bid against Omega Esports at 7:30 pm.