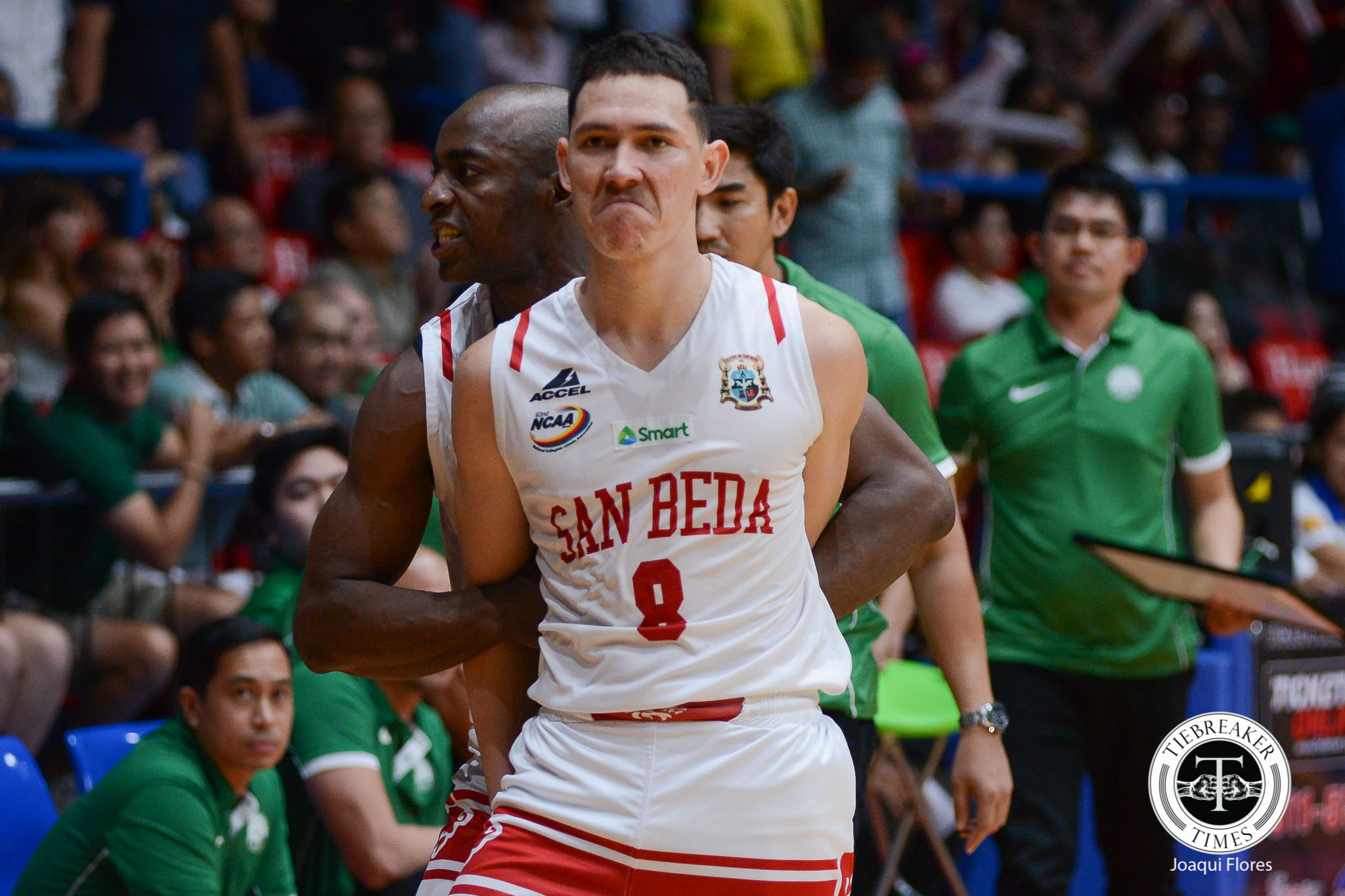 “Sabi ko nga sa players ko, if we want to be the best, we have to beat the best. So we beat La Salle, so we are now the number one collegiate team in the Philippines,” coach Boyet Fernandez said, as he has steered San Beda to their second-ever Premier Cup title.

And it was because of the heroics of former Green Archer Robert Bolick.

Bolick played the key role once again as he sunk a triple over rookie Santi Santillan, which broke the third deadlock of the final frame to 75-72 with 8.5 ticks left.

Ben Mbala fired a three on the other end, but it barely hit rim due to the Red Lions’ defense with 1.9 seconds left.

Bolick was initially frustrated in the first two frames but the halftime break made a big difference with their sharing of the ball.

Javee Mocon chipped in 13 points and 13 rebounds, while the catalyst from the bench, Clint Doliguez, added eight points and three rebounds in just 10 playing minutes.

La Salle were able to keep pace with San Beda behind MVP and Defensive Player of the tournament Ben Mbala, who listed 25 points and 14 rebounds. Sophomore Aljun Melecio, who is coming off a 30-point game, added 14 points and eight rebounds.

The Green Archers failed to pull off a back-to-back championship feat in the Preseason Cup.

After a perfect run in the Preseason Cup, the Mendiola-based squad has set their eyes to their next goal: back-to-back championships in the NCAA.