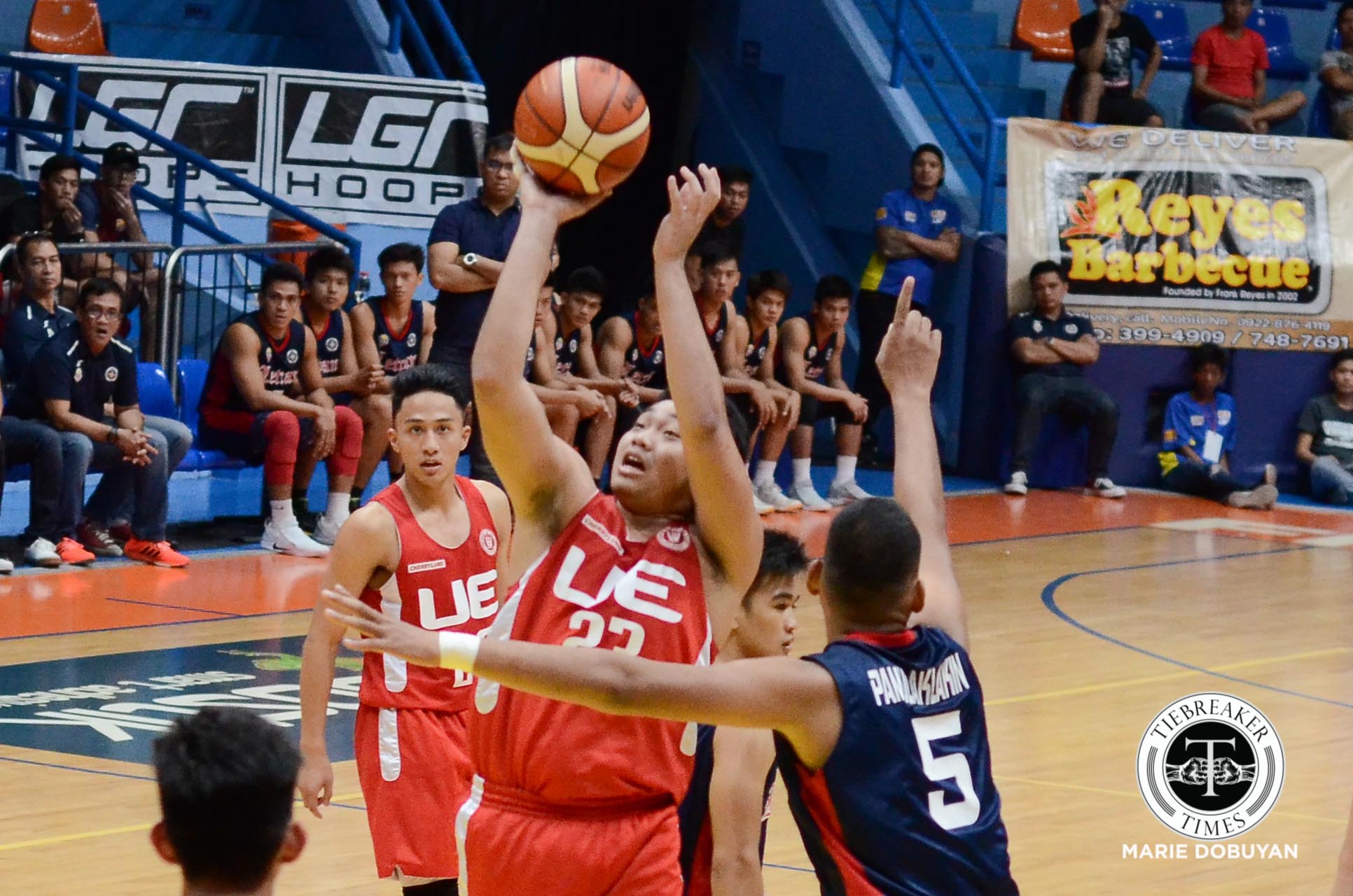 The University of the East Red Warriors stepped on the pedals in the fourth quarter to subdue the Colegio de San Juan de Letran Knights, 81-77, Wednesday evening at the FilOil Flying V Centre.

The Recto-based squad closed out their 2017 FilOil Flying V Preseason Premier Cup with 3-5 win-loss record. On their part, the Knights are now at 1-5.

Finishing out the tournament with a victory, UE head coach Derrick was pleased on how his team played. The fourth-year UE mentor said, “Right from the start, we talked about it that we’re going to end up, yung FilOil stint namin on a winning note.”

The Red Warriors turned a six-point lead at the end of the first half, 42-36, to double digits at 50-36 off a Vince Magbuhos jumper and looked in control of the game.

Letran, nonetheless, fired up late in the period to forced another deadlock at 58 at the end of three quarters.

UE’s early penalty situation could have been an advantage for the Knights. However, free throw woes doomed the NCAA Season 90 champions to another heartbreaking loss.

Bong Quinto almost single-handedly lifted the Knights and had another monster game with 15 points, 11 rebounds, and eight assists. Jerrick Balanza finished with 20 markers and fove boards. Nonetheless, the miserable 27-of-43 shooting from the stripe was the story of their game.

“I’m happy that the boys responded,” Pumaren added. “We have many things to work on, but we’re starting to get the right way to play.”

On the other hand, the Knights will finish their Cup campaign when they face their archrivals and the unscathed San Beda College (5-0) on Sunday, June 11 at 3:15 pm.

By: Anton Guarina National University completed its sweep of the 2022 FilOil EcoOil Preseason Cup’s Group A after fending off University of Perpetual Help...