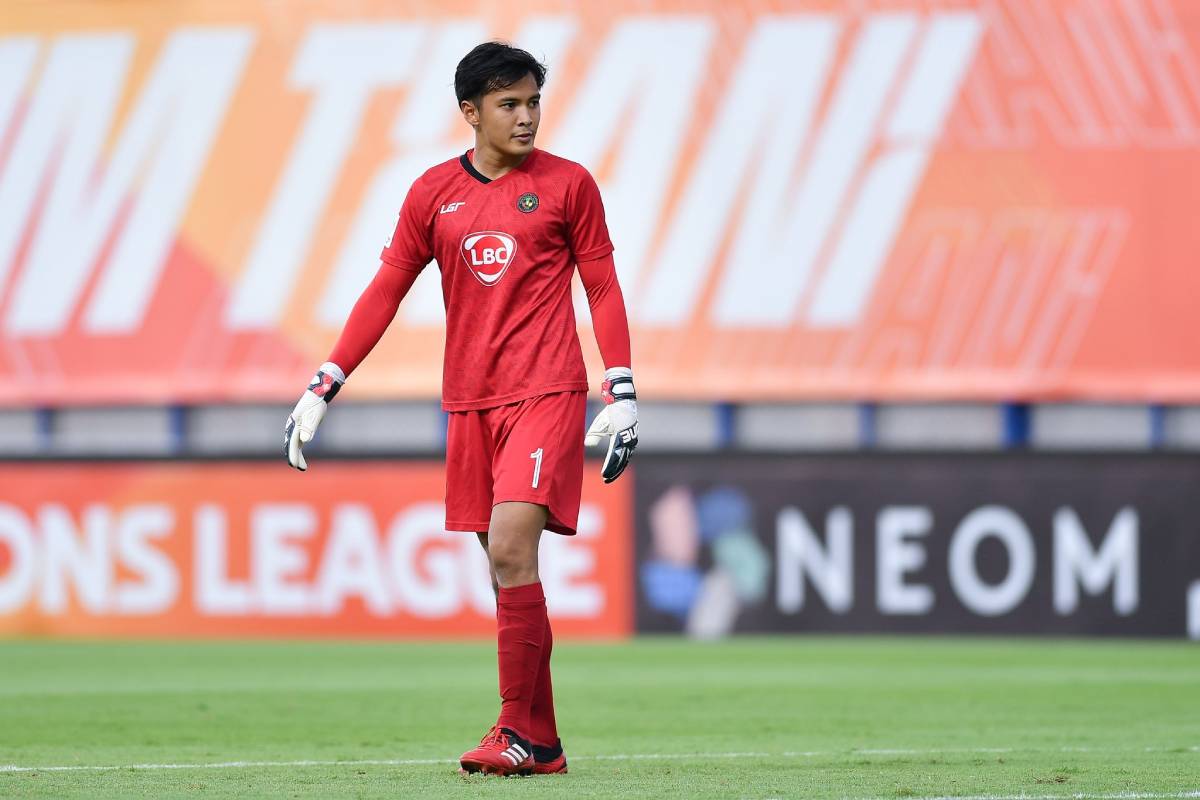 If being a goalkeeper is already hard enough, what more if doing that in the biggest club tournament in the region — the AFC Champions League?

Despite this, 24-year-old Zach Banzon has embraced the duty for Kaya-Iloilo.

And he did not disappoint with his excellent displays against South Korea’s Ulsan Hyundai and Thailand’s BG Pathum United.

“They just asked me if I was ready to play,” said the Marikina native. “I think everyone has seen my performances in training, so it gave them the confidence to trust me in goal.

“I work hard in training and try my best to just be ready all the time, so when the chance came, I felt like everyone was excited for me too.”

And Banzon experienced his acid test against no less than the defending Asian champions Ulsan Hyundai.

At a time when he could have sunk amidst the pressure, the 5-foot-9 stopper managed to hold his own after a shaky start.

“I still remember the feeling when Ulsan had their few shots in the first three minutes. I felt like I was in uncharted waters, it being my first competitive game in almost two years,” said the University of the Philippines alumnus.

“I felt that AFC Champions League football was on a different level from the get-go. But after the first clean save from another early shot, I was able to get my head together and my feet on the ground. It’s now all about showing the best version of myself no matter what the stage and who we’re facing.”

Before Banzon sat in the hot seat, it was veteran stopper Louie Casas who was selected as the no. 1 goalkeeper of Kaya in its first three matches in the competition.

There are situations wherein two goalkeepers of the same team have friction between them while they compete for a place in the starting 11. But there is no such thing for the aforementioned duo.

“Casas is like a brother to me. We love to talk in training and improve together, but it’s more than just that. Even off the field we have a great relationship, and I think that translates also to our performances,” he explained.

Kaya faces Vietnam’s Viettel tomorrow evening to end its 2021 AFC Champions League journey. While the club’s stint in the competition may have brought some difficult results, there were some bright moments and lessons that the team can bring home.

For Banzon, while this chapter is close to ending, the best way for it to conclude is to do so with a victory.

“It’s been an amazing experience,” he shared. “I’m thankful to be here, especially for all the hard work the management, staff, and my teammates have all done. I know the results haven’t been in our favor, but I think we showed that we belong in this stage. I’m excited because I feel as a whole club, we will keep getting better from here.

“For now, our team shares a common goal — we don’t want to leave without a win.”