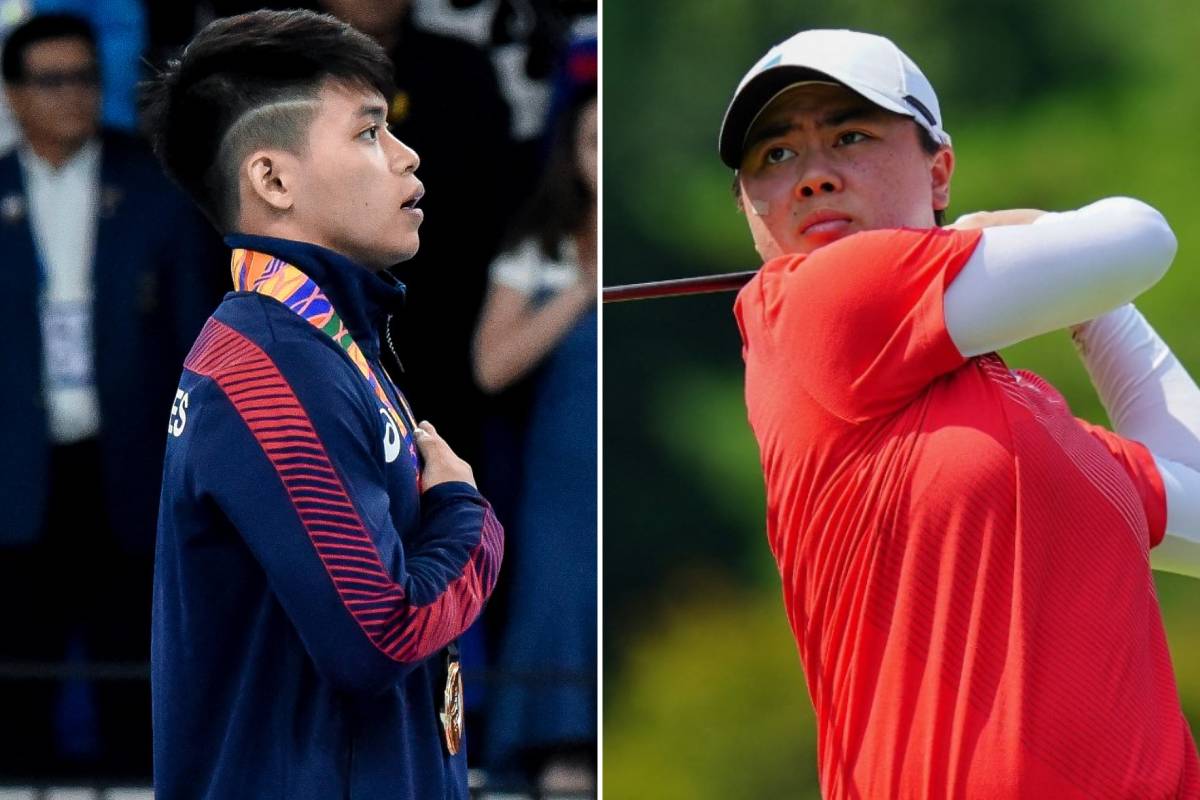 Gymnast Carlos Yulo and golfer Yuka Saso will be honored by the country’s sportswriting fraternity in the March 14 event for their respective feats of lifting Philippine sports on the world stage.

Saso, 20, made history when she clinched the US Women’s Open Championship at the Olympic Club in San Francisco, California, becoming the first from the Philippines to win any of golf’s major championships.

Yulo, 22, was just as impressive, bagging the gold in the men’s vault of the 50th FIG Artistic Gymnastics World Championships in Kitakyushu, Japan, while adding the silver medal in the parallel bars.

“Both Yuka Saso and Caloy Yulo are deserving to be honored for their hard work and commitment to uplift Philippine sports around the world,” said association president Rey C. Lachica, sports editor of Tempo.

“And for bringing pride and joy to the country especially in this time of the pandemic, the PSA pays homage by bestowing them the President’s Award.”

Yulo and Saso make up the compact list of 2021 awardees to be feted in the event that has the Philippine Sports Commission (PSC), Philippine Olympic Committee (POC), and Cignal TV as major backers.

The country’s first Olympic gold medal winner in Hidilyn Diaz is the recipient of the coveted Athlete of the Year award solely bestowed by the country’s oldest media organization.

The special event will be held at the Diamond Hotel and is presented by the Philippine Basketball Association (PBA), MILO, 1 Pacman, Rain or Shine, ICTSI, Chooks-to-Go, Smart, Philippine Racing Commission (Philracom), and the MVP Sports Foundation.

Saso showed nerves of steel when she authored her historic victory in the early morning of June 7, beating 19-year-old Japanese Nasa Hataoka in a sudden-death to win the prestigious US Open crown.

The Filipina-Japanese who idolizes Rory McIlloy, tied Inbee Park of South Korea as the youngest to win the US Open.

Yulo meanwhile, bounced back strongly after falling short of his Olympic campaign in Tokyo.

The petite, pride of Leveriza, Manila made his presence felt in the World Championships by topping the men’s vault, and then bagging the silver in the parallel bars for a double medal finish for the Filipino, who didn’t land a podium finish though, in his pet floor exercise.

It was the third medal in the last two staging of the event for Yulo, who clinched the gold in the floor exercise during the 2019 edition of the meet in Germany.