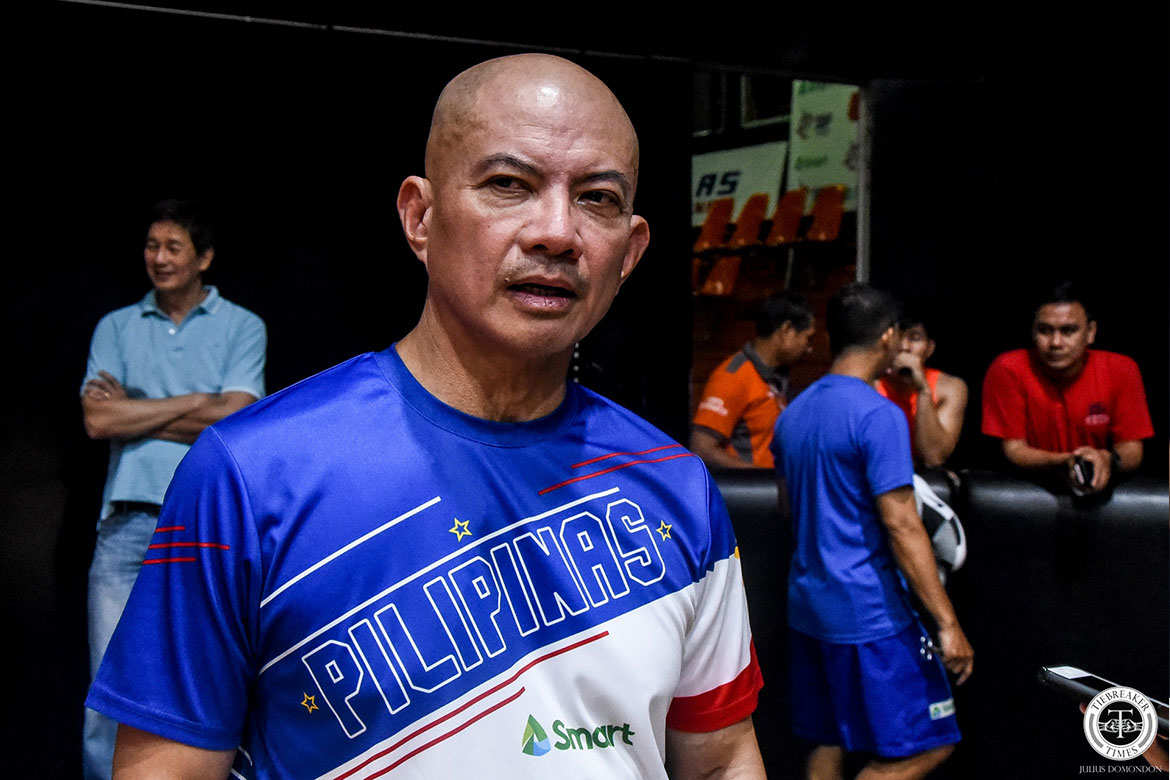 Gilas Pilipinas head coach Yeng Guiao is glad to finally have a complete lineup at his disposal following the return of June Mar Fajardo, Roger Pogoy, and Troy Rosario to national team duties, Tuesday evening at the Meralco Gym in Pasig.

The Nationals can now fully focus on their 2019 FIBA World Cup buildup since the three veteran internationalists are back from the grueling PBA Commissioner’s Cup Finals. Fajardo’s San Miguel won over TNT in six games.

“Actually, medyo nagpa-panic na ako noong una kasi we only have a week or so to practice before we leave [for China].”

It has been weeks since the three last joined Gilas, since they had to fulfill their obligations to their mother teams. While they were away, the national team went to Spain as part of their preparations for the Worlds.

There, Guiao tweaked some of their patterns and plays, which means that the trio will have to catch up. The head coach will try to fast-track their adjustments to their new sets so that everything will be fluid.

“Kailangan makahabol. So bukas, we’ll set aside maybe twenty, thirty minutes just for the three to run the sets with the help of two others, so there are five guys who will run the sets for them,” said the veteran tactician.

Time is of the essence, with global spectacle just 11 days away. “Efficiency and execution are important,” Guiao said. “In order to give ourselves a chance at winning, we must be very efficient.

“And we cannot be efficient if some of the guys won’t be fluid, won’t be familiar with the system that we’re running as familiar as the rest of the guys [sic]. May imbalance talaga, kailangan habulin natin,” he added.

“From now on, every day, they will get extra time starting tomorrow. Maybe twenty, thirty minutes just running sets for them.”