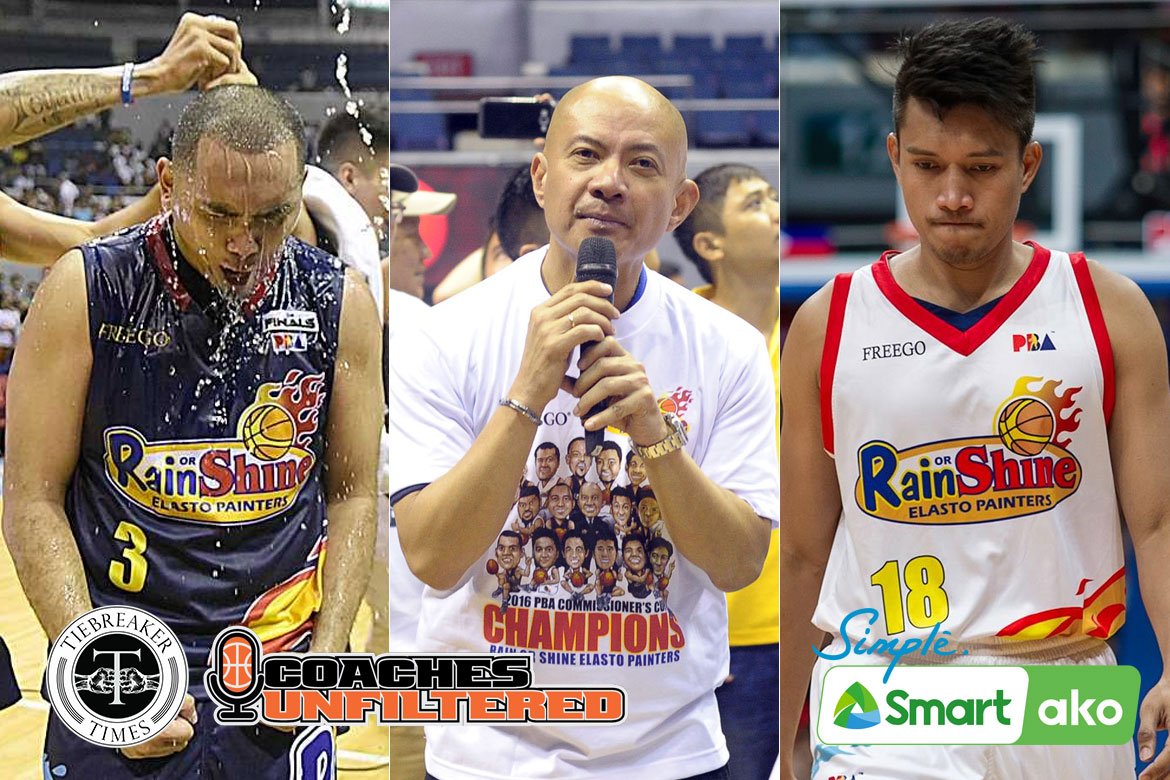 The trade between Paul Lee and James Yap in 2016 is easily one of the biggest deals to take place in the PBA. But had Yeng Guiao decided to stay with Rain or Shine, he would not have let that happen.

The decorated coach said as much to Tiebreaker Vodcasts’ Coaches Unfiltered, presented by SMART, when asked about the trade that highlighted the major overhaul the franchise went through that time.

“I probably would have not,” Guiao told the podcast, also supported by Mighty Sports and Choi Garden.

The trade saw Lee go to Star (now Magnolia), while Yap reunited with the franchise he suited up for in the amateurs. And it happened shortly after Guiao decided to take the head coaching job of NLEX.

Then, the shipping of big man JR Quiñahan to GlobalPort for Jay Washington was also approved by the league on the same day of the mega trade, breaking up the Extra Rice tandem he formed with Beau Belga.

Caloy Garcia was later appointed head coach. Then in the following seasons, the Elasto Painters would trade away guys like Jeff Chan, Jericho Cruz, and Don Trollano, all of whom were key pieces of the squad under Guiao.

Rain or Shine has yet to reach the Finals since that revamp, although it has shown promise with its youth brigade spearheaded by spitfire guard Rey Nambatac and versatile forward Javee Mocon.

Guiao has always put a premium on chemistry — a big factor the Elasto Painters wining several championships under his watch — which is why he would not have let go of Lee.

Of course, the outspoken mentor knows as well that Yap is a great talent — they have shared some time together in the national team. Still, he would have stuck with the status quo.

“I’m so close to Paul. Although James also is a great talent and he’s played for me in the national team and wala akong masabi kay James, but that point of course, you try to preserve the chemistry of your team and try to preserve the cohesion that you’ve already built up,” said the 61-year-old Guiao, who took over Rain or Shine’s coaching reins in 2011.

Still, Guiao knows it was beyond his control, since he’d already left. And he trusted the decision of the RoS management at that time, since he knew, too, that changes would follow his departure.

“Since I’m not making that decision, I give full trust to the decision that’s being made at that point, because I also know once you’re out of it, you don’t really know exactly what the situation is,” he said.