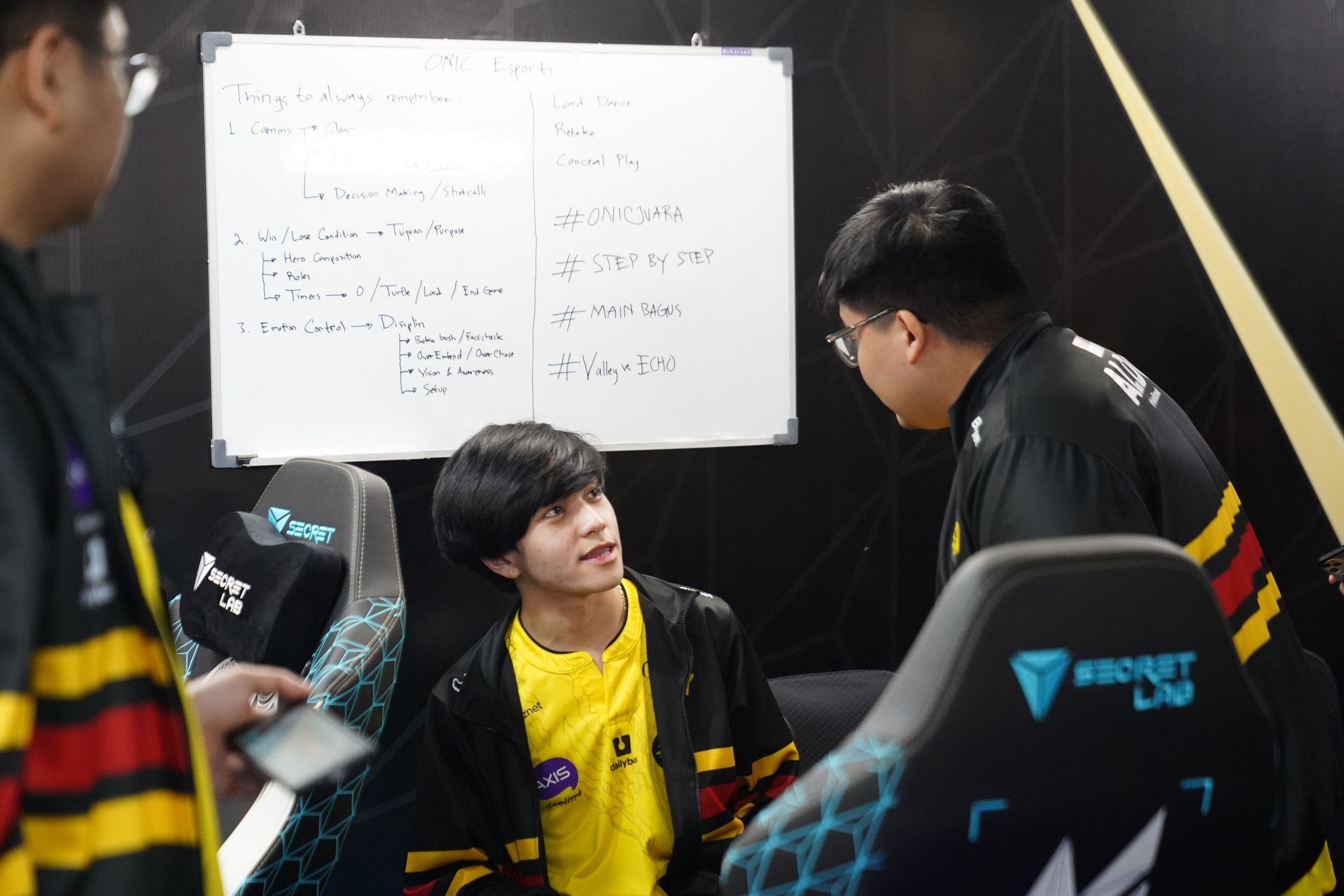 ECHO said that taking out Kairi “Kairi” Rayosdelsol from his comfort zone proved to be one of the key factors in their win over ONIC Esports in the M4 World Championship upper bracket semifinals, Sunday at the Tennis Indoor Stadium Senayan in Jakarta, Indonesia.

After Kairi equalized the series in Game Two by putting up one of the best outplays in history, ECHO decided to target the 17-year-old jungler’s hero pool by banning out Fanny, Hayabusa, and Ling in the first phase of the Game Three draft.

The MPL Philippines Season 10 runner-up made the same set of bans in Game Four which led to their 3-1 win that catapulted them to an upper bracket finals match-up against fellow Filipino squad Blacklist International.

With their backs against the wall, Kairi (Hayabusa) tried to negate an ECHO siege by cutting the middle lane minions. He was then met by a five-man ECHO contingent that chased him from the bottom lane to their top middle lane turret.

There, Kairi used his Shadow of Obscurity to escape before the rest of ONIC Esports arrived to help him wipe out four ECHO members en route to the win.

ECHO goes up against Blacklist International in a rematch of the MPL Philippines Season 10 finals in the upper bracket finale, tomorrow, Friday at 8:00 PM.