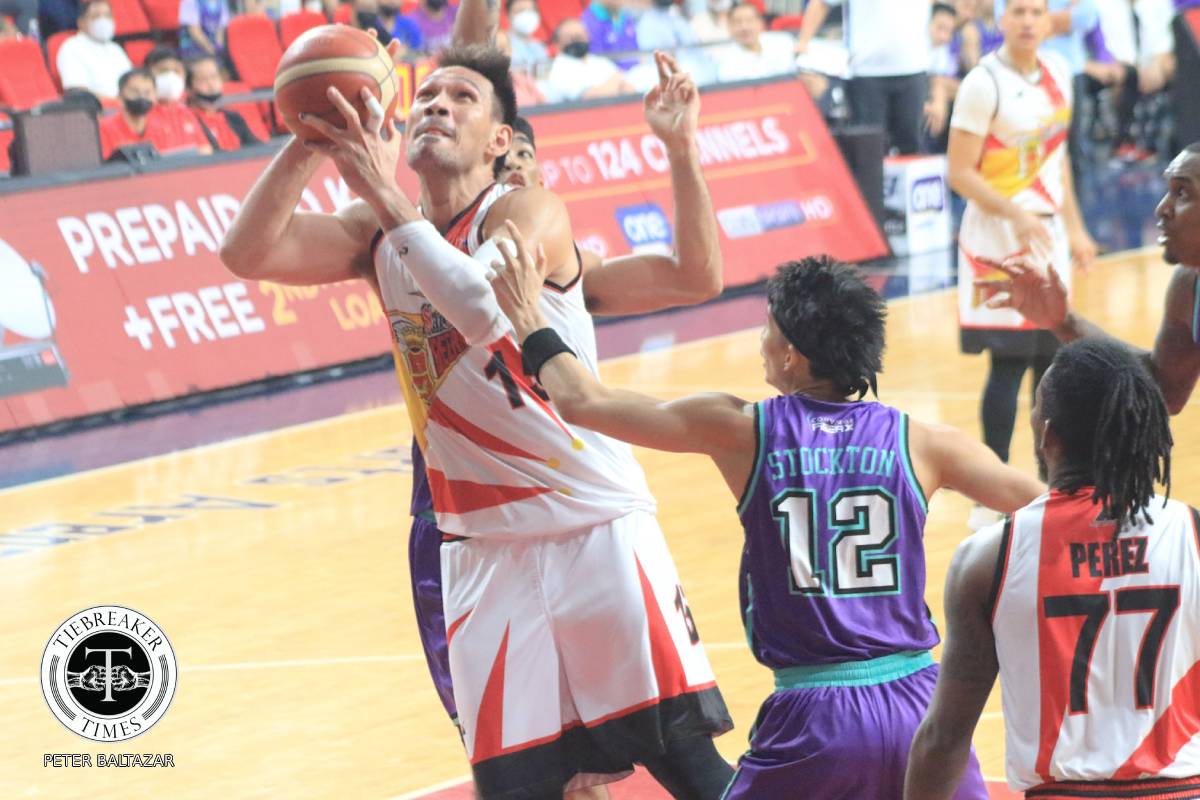 June Mar Fajardo showed Converge how tough it is to take down a San Miguel side with him around following another noteworthy performance in the 2022-23 PBA Commissioner’s Cup quarterfinal opener, Wednesday.

Out in the previous match last October following throat surgery, the league’s only six-time MVP produced 19 points and 16 rebounds to help the reigning conference champs take the 114-96 win — and move closer to the semis.

Crucial was his role, especially in the final period. He ensured that the FiberXers won’t come any closer after chopping what was once a 31-point lead to just 11, scoring and assisting on a 9-2 run to restore order, 107-89, with 3:24 left.

Fajardo would go on to finish with three assists, three steals, and a block for a full line in only 31 minutes and 19 seconds of action.

The Cebuano star was a tad sentimental as he expressed gratitude for being able to come back after sitting out for a month — an absence that truly affected the Beermen during the middle of the elimination round.

It was already Fajardo’s fourth game since coming back, and he has yet to lose as San Miguel is now in the midst of a five-game winning streak.

The Beermen could go for sixth straight in Game Two on Saturday in a win that will clinch the team a semis spot, but Fajardo refuses to look too far ahead.

He pointed out the need to take care of possessions even better after committing turnovers especially in the final period, when Converge tried to come back in an attempt to replicate its upset win back in the eliminations.