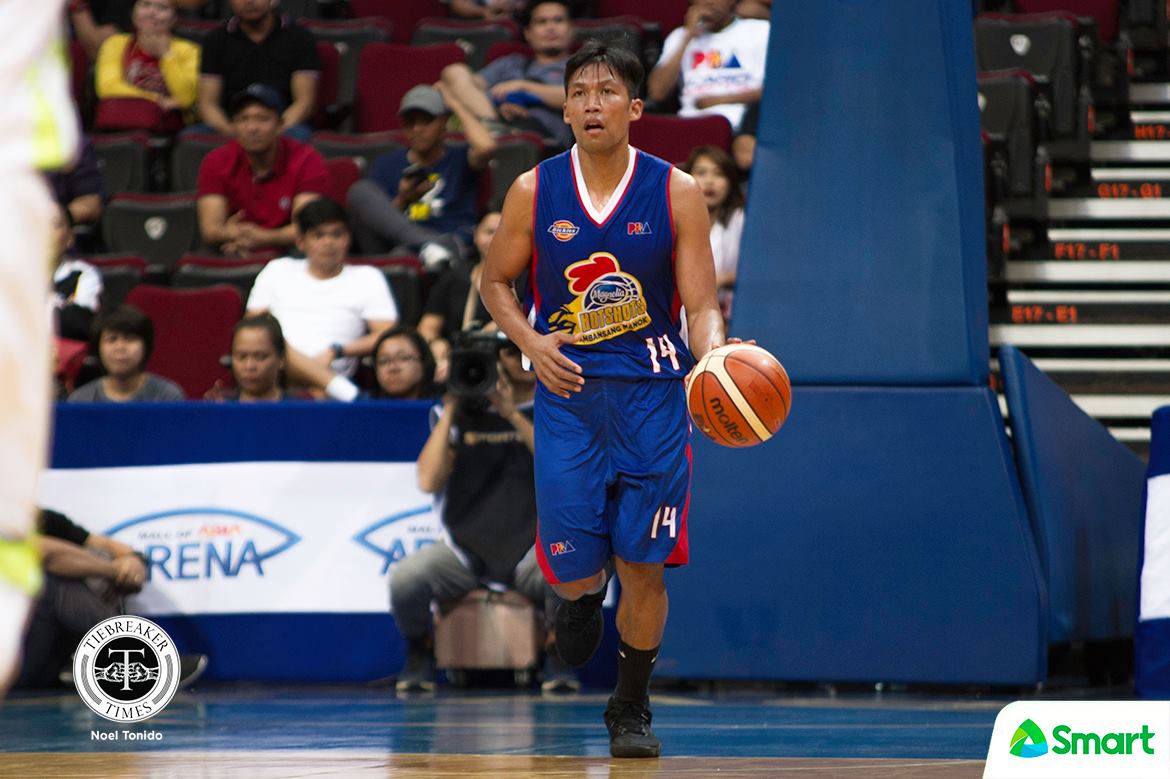 When the technical committee of the Philippine Basketball Association assessed that Mark Barroca’s ‘low blow’ on Chris Banchero last Wednesday warranted a PHP 50,000 bill, many scratched their heads.

Comments on social media ranged from the claim being ‘too much’ to being ‘too lenient’, as some were expecting a suspension – including Alaska Aces head coach Alex Compton.

However, league commissioner Willie Marcial and the committee were put in a precarious position, since the referees made no calls when the play occurred late in the fourth quarter of Game 4 of the PBA Governors’ Cup Finals.

Marcial cited a past case involving Don Trollano and Arwind Santos last June 16, which saw the former punch the latter but no foul was called.

This time around, the amiable official raised the fine for Barroca while giving him a stern warning – ‘do it again, you’ll be suspended.’

Marcial also disclosed that Alaska head coach Alex Compton has been slapped with a PHP 20,000 fine. Compton intends to appeal.

Referee Dacx Dacanay has also been suspended for not making a call during that play.

Alex Mallari no longer surprised by trade, excited to play with Abueva, Wright