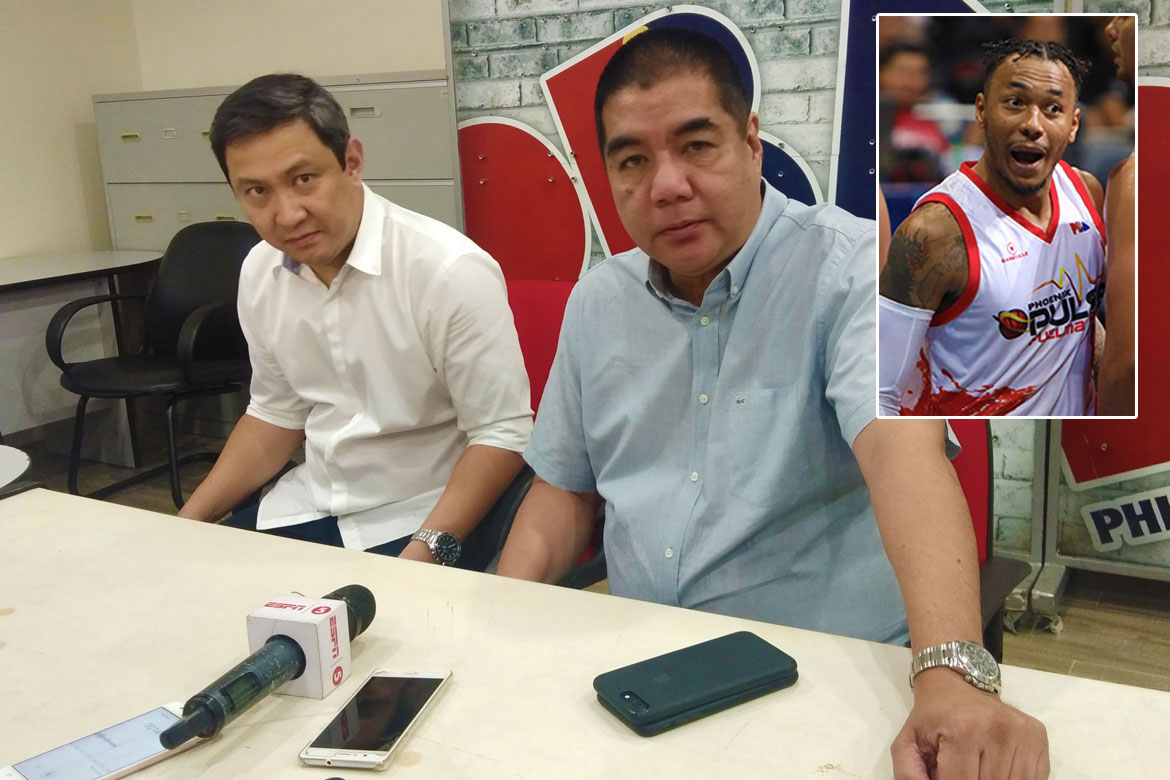 In just a span of two days, enigmatic Phoenix Pulse forward Calvin Abueva had a spat with a fan and hit a fellow player.

And the Philippine Basketball Association has had enough of his antics.

The reason for this harsh punishment was that the league could no longer tolerate his “offensive and obnoxious behavior.”

“I had to impose the penalty of indefinite suspension to instill discipline and maintain professionalism in the league.

“We can no longer allow Abueva to continue with his offensive and obnoxious on-court behavior against the fans and his fellow players, which the fiery player is known for,” his statement on the PBA website read.

Against Blackwater last Friday, Abueva was caught saying profanities at and doing sexual gestures towards a fan. The fan was later identified as Ray Parks’ girlfriend, Maika Rivera.

Two days later against TNT, Abueva clocked TNT import Terrence Jones with a clothesline moments after a no-call went against him. It resulted to a flagrant foul two.

What irked the league was how Abueva violated the player-fan decorum.

“The welfare of the fans is of utmost importance to the PBA and he will not hesitate to impose heavy penalties on those who breach this rule, especially against women,” his statement continued.

On the other hand, Abueva also put into danger the welfare of his fellow player — his colleague for that matter — after his dangerous hit.

“While some physicality is allowed during games, violent behavior or unsportsmanlike conduct have no place in the PBA,” he lamented.

This suspension of Abueva, who was also suspended by the International Basketball Federation (FIBA) for the entire second round of the 2019 FIBA World Cup Asian Qualifiers for his role during the Gilas-Australia brawl last August, is one of the stiffest the league has handed since Wynne Arboleda’s eight-month suspension back in Season 35. Back then, Arboleda assaulted a fan.

The only way Abueva can get back to playing for Phoenix is to issue a public apology to both Rivera and Jones and “reform his ways.”

“The suspension of Abueva should serve as a stern warning for him and other players to act as professional athletes and that unbecoming conduct or any act or statement that is prejudicial or detrimental to the PBA will be severely punished.

“If the players have any complaints about fan behavior during the games, they can always bring it to the attention of the Office of the Commissioner who can warn the fans or even send them out of the venue,” the statement closed.

Ceres-Negros held to pulsating stalemate by Hanoi in Panaad