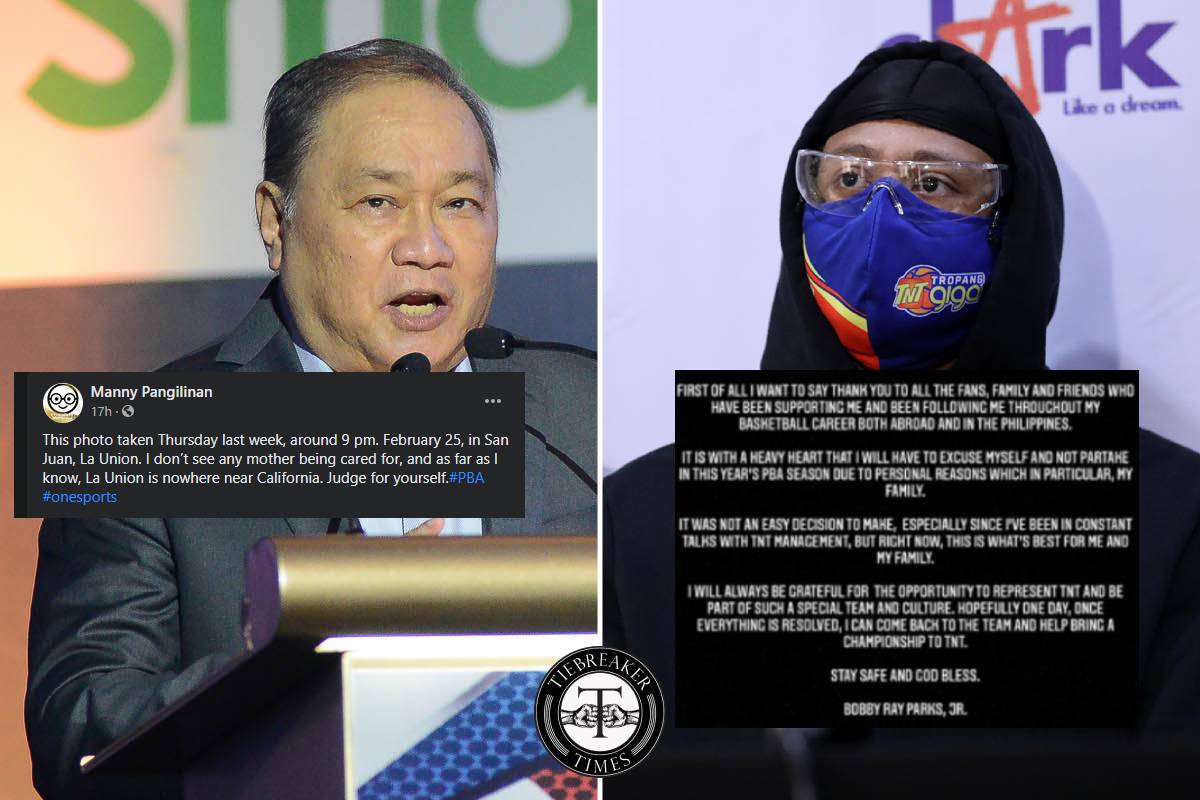 Save for a few congratulatory messages for his teams, Manny V. Pangilinan rarely goes on social media regarding local sporting issues.

Who could ever forget the ‘stickergate’ of 2018 that saw the Australia Boomers strip the Philippine Arena of its decals ahead of its showdown with Gilas Pilipinas?

Aussie team ripping our/Fiba logos on the court of Phil Arena w/o asking permission. We will not back down. Those stickers go in. Regardless. pic.twitter.com/LMwyiBNtG4

Then there was the lead-up to the 2015 FIBA Asia Cup Final that saw the Philippines face China in Changsha. Pangilinan gave an account on what the Philippine contingent experienced prior to the game.

Now it has begun. Our Gilas electric bus delayed. Failed to charge daw. Gilas arrival at stadium delayed. Less time for warm up.

And some of our coaches no tickets!!!!! Wow.

Plus no tickets for some of our assistant coaches. Gggrrrr. And for us hard to get tix!!! Ggggrrrr.

Coach Tab warned us about these cheap tactics last night after the game vs Japan.

Chinese team staying w/ us at Kempinski Hotel. All other teams inc. Gilas in another, official hotel. That’s not following the Fiba rules.

So when Pangilinan posted on his personal Facebook account to express his thoughts on Ray Parks’ decision to leave TNT — the crown jewel of the MVP Group’s empire — two questions came up. The Chairman has a Facebook account? And secondly, why go to social media?

To answer the first question: yes, the business tycoon has a Facebook account, though which only has 314 friends — all from his inner circle.

As to why he went to Facebook is a whole other story.

At around 4:20 in the afternoon of Saturday — coincidentally, the birthday of SMART President Al Panlilio — Parks went to Instagram and Twitter to announce his decision to sit out PBA Season 46, citing ‘personal reasons.’

According to team insiders that requested anonymity, TNT was caught off-guard with Parks’ sudden announcement. The two camps have been in the midst of negotiating another max deal for the six-year pro.

“It was unprofessional,” said one of Tiebreaker Times’ sources.

Pangilinan felt deeply hurt not because of Parks’ decision to not play for TNT, but because of how it happened. Parks never paid courtesy to the team’s negotiating team first before announcing his decision. Delicadeza.

You see, the majority of TNT’s officials also have day jobs at the company. Take for example team manager Gabby Cui, an ex-pro and an Ateneo product, who took the lead in negotiating a brand new contract for Parks. Besides taking care of the Tropang Giga, he is also the head of PLDT Small Medium Enterprise’s Community Engagement and Marketing Communications.

Passion for sports is what made people like Cui take lead roles in teams like TNT, Meralco, NLEX, PLDT, and Cignal.

For the group, a phone call or even a text would have sufficed.

Moreover, TNT’s brass was led to believe that Parks was in California during the negotiations, the source added. Receipts later showed the 28-year-old in La Union, San Juan for the past 10 days or so.

As the captain of TNT, Pangilinan needed to stand up for his soldiers. And for the 74-year-old sports patron, he felt that the best platform to say his thoughts in this case was through social media — the place where it all started earlier in the day.

An eye for an eye.