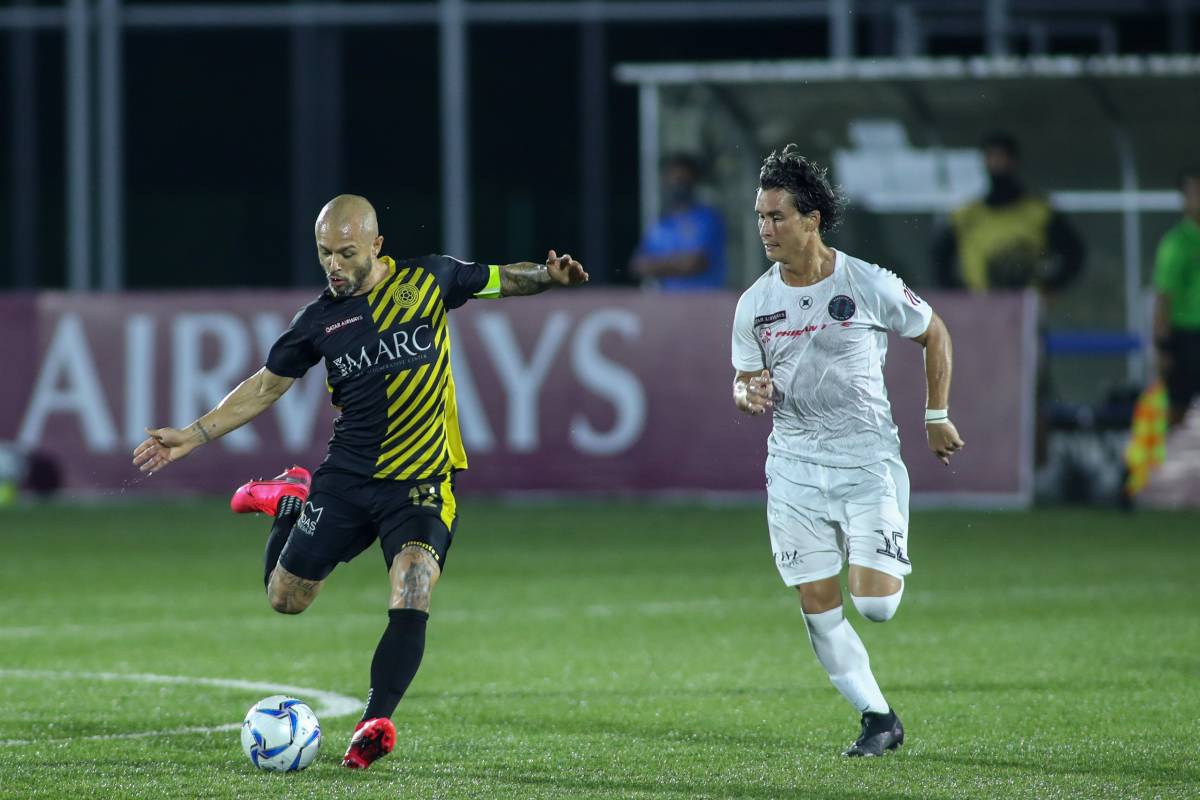 OJ Porteria and Robert Lopez Mendy got their hat-tricks; Mike Ott scored a brace; and Bienvenido Maranon and Stephan Schrock had a goal each. And the final whistle simply couldn’t come fast enough for their opponents.

While the continuous bombardment of Maharlika with the game already won might seem overkill, Schrock saw it in a different way.

“I respect (Anton Del Rosario’s) work and what he’s doing, giving the opportunity to these boys who maybe fell off the roster or were unlucky with clubs that did not pay or something.

“So he’s giving an opportunity. I respect that and the best respect we can do for them is taking them seriously. And as you see, we took them seriously,” said the 34-year-old Filipino-German.

In the race to win the championship in a condensed season, every advantage counts. United City leads the table with 9 points and a goal difference of plus-17 after three matches.

Its nearest competitors, Kaya-Iloilo, has 7 points and a goal difference of plus-2 following the same amount of games as well.

But what made this particular match special was the friendly Twitter banter between Schrock and Del Rosario. It brought some added spice to both players, whom many deem legends of Philippine football.

Indeed. But if u only dream of getting something else than a lesson tomorrow, u should wake up and apologize to everyone. Just saying @anton_delro https://t.co/q6Lg1hDR0I

Needless to say, that it was the former Bundesliga player that won this round.

“I think I answered the question all on the pitch in these 90 minutes.

“Besides the pitch, like I said, I respect Anton and all his work, his desire for football, the opportunities he is creating. I love him for that. And football in the Philippines owes him big time and much respect, and off the pitch I do love and do respect him a lot. But on the pitch, he is just another player and he has the same right to get a treatment from me like everybody else,” said the versatile standout.

#ReadMore  Challenges that lie ahead for UAAP, NCAA return to workouts

With Schrock as club captain, fans can expect his team to fight tooth and nail until the end of the fixture.

“You know, I told the boys before the game that this is serious. We’re taking care of business here. Anton is taking care of his business in his team, and he is doing great in giving his boys an opportunity. And like I said earlier, the best way to show respect to your opponent is giving it our all from one to 90 (minutes). And that’s what we did.”