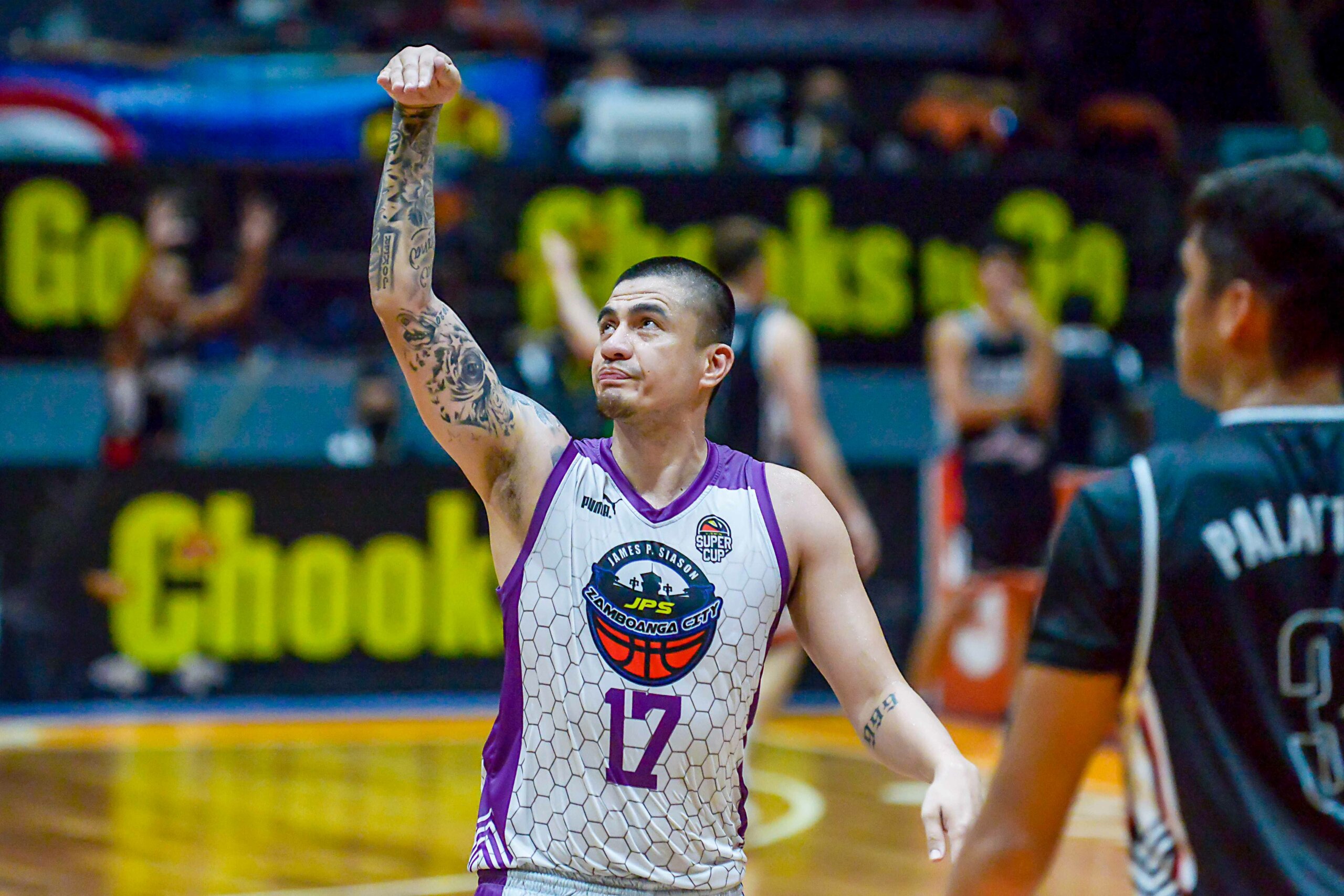 PAGADIAN, ZAMBOANGA DEL SUR — Zamboanga City completed its domination of the once-mighty second seed Clarin to advance to the second round of the Chooks-to-Go Pilipinas VisMin Super Cup best-of-three semifinals.

Mac Cardona and Fran Yu buried the much-needed baskets for fifth-ranked JPS to take down powerhouse Sto. Niño in overtime, 95-93, to sweep the semifinals first phase, Monday at the Pagadian City Gymnasium here.

Yu tallied 15 points in the fourth and extra period to finish with 21 points, to go with eight assists, four rebounds, and three steals.

Cardona, meanwhile, had 11 points in the last two frames. He ended with 16 points, three rebounds, and three steals.

Clarin’s Joseph Eriobu, in the ensuing play, was fouled but missed his first attempt. He then drained his second freebie, 93-95, with 1:17 to go.

With a chance to tie the game with 16.1 ticks remaining, Eriobu was sent to the line. He, however, missed both.

Eriobu redeemed himself by grabbing his own miss, but his layup was way off. Yu got the rebound and was fouled.

Yu, a steady shooter from the charity stripe, flunked both his free throws. That gave Sto. Niño one more chance to tie or even take the victory with 10.5 seconds on the clock.

John Wilson attempted a mid-range jumper but was off, then Eriobu got the offensive board. He dished it to Wilson at the left-wing, who passed it to Lastimosa with no time left, giving  Zamboanga the series.

Cardona had the chance to win it at the buzzer back in the fourth quarter, but his shot rimmed out, sending the game to overtime.

“Si Mac, to be honest, he was on a slump. Pero ngayon nabuhayan siya against Clarin and that’s a good thing for us. Si Fran naman, I really admire that boy despite being the youngest on the team.,” said Zamboanga head coach Tony Pardo.

JPS’ Jerwin Gaco, who fouled out in the fourth canto with 1:30 left, made 13 points and seven rebounds. Aaron Jeruta had 12 points, six rebounds, and four assists.

Wilson bounced back from his eight-point performance in Game One, uncorking 23 points and seven rebounds, but was still not enough.

Lastimosa topscored with 25 points, while Eriobu got a double-double with 20 points and 14 rebounds.

The Misamis Occidental-based squad played without one of its key bench guys in Jayvee Marcelino, nursing a sprained ankle.

After winning seven straight outings to start the tournament, Clarin dropped three consecutive games on its way to elimination.

Zamboanga will face the winner of the Pagadian-Roxas series.