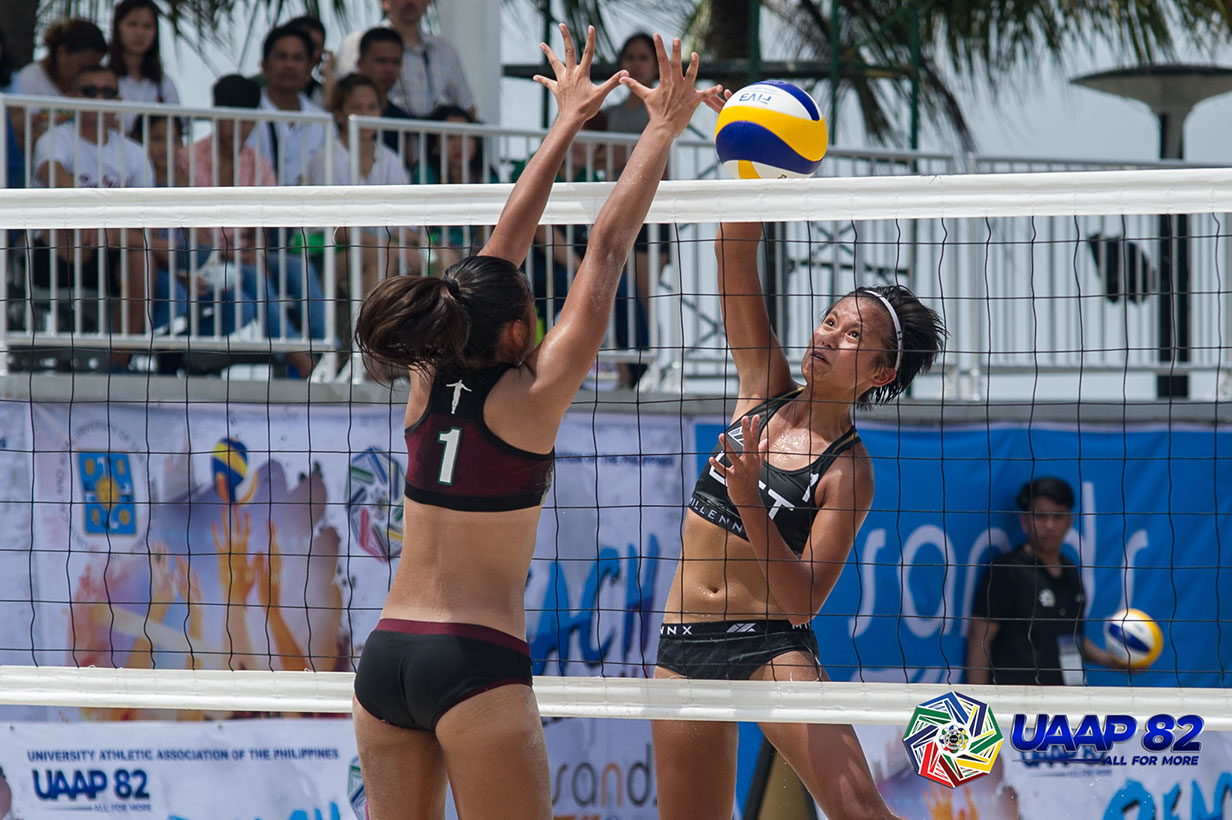 The University of Santo Tomas’ Babylove Barbon and Gen Eslapor scored a quick 21-11, 21-6 win over the University of the Philippines’ Rosie Rosier and Euricka Eslapor for a smashing start in the UAAP Season 82 Women’s Beach Volleyball Tournament Sunday at Sands SM By The Bay.

The Tigresses look good to extend their reign to four straight titles, even in the post-Sisi Rondina.

Although Barbon and Eslapor are tipped to win it all, it will take a lot of hard work for UST to cement their status as the most successful women’s beach volleyball program.

Adamson University’s Kring Uy and Chen Ave rallied from a set down to beat University of the East’s Lyen Ritual and returning Juliet Catindig, 13-21, 21-13, 15-7, in the last match.

Unlike in the previous years, where a team that completes a 7-0 sweep in the elimination round will gain an outright championship, the undefeated team will now go through the Final Four. The unbeaten team, though, will still have the twice-to-beat advantage in the semis by finishing no. 1 in the elims.

The championship round is a best-of-three series.

Action resumes on Wednesday with eight matches — four in the morning and four in the afternoon — starting at 8 a.m. at the same Mall of Asia sand court.