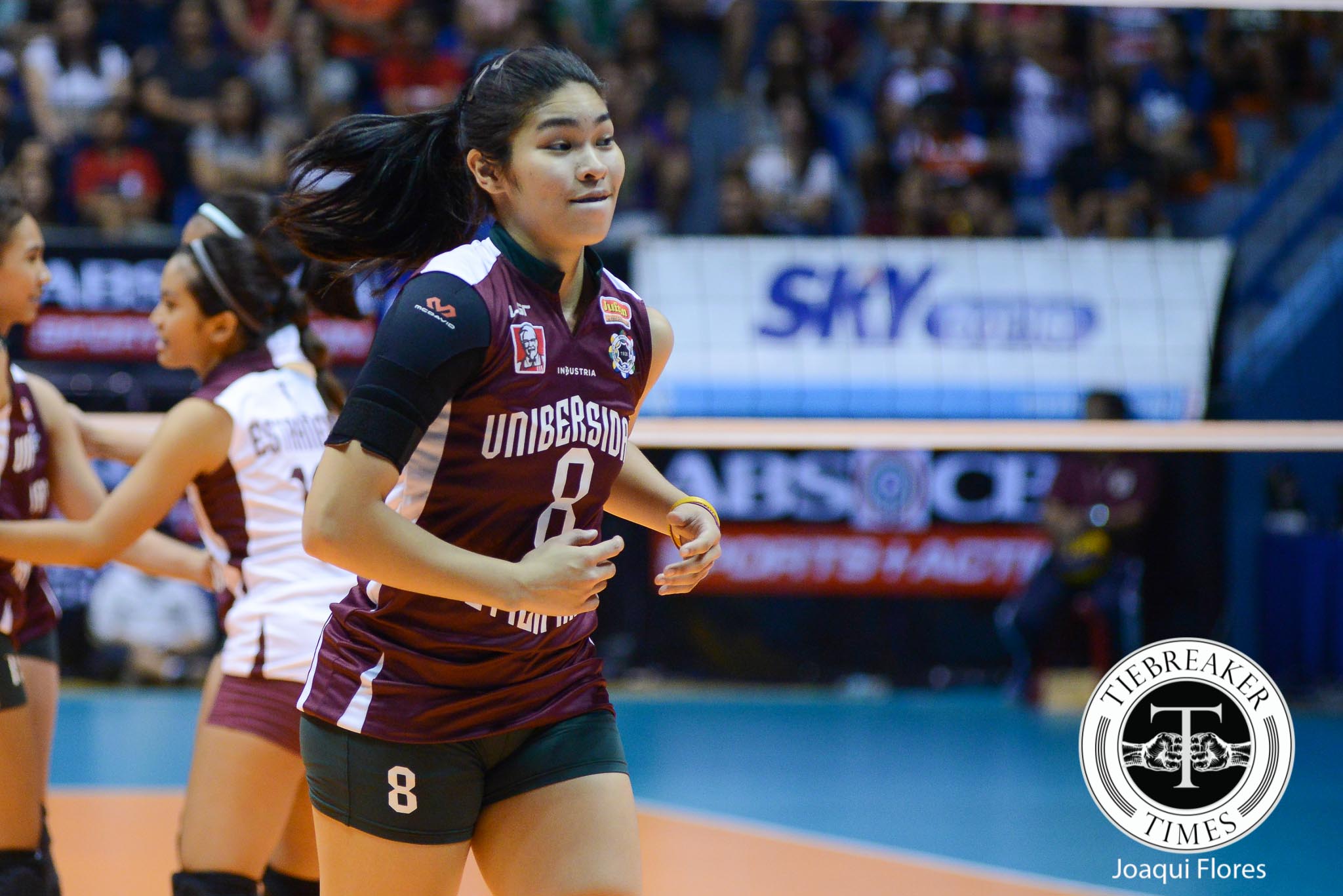 In the UP Lady Maroons’ historic 19-25, 25-22, 25-17, 25-22 win against the defending champion Ateneo Lady Eagles last Sunday at the Filoil Flying V Center, team captain Kathy Bersola gave huge praises to UP’s rookie hitters and the team’s superb efforts which made the upset possible.

Beaming with confidence all season long, rookie open hitter Isa Molde dropped a team-high 15 points and had 6 excellent digs while rookie opposite hitter Diana Carlos had 12 points, including 3 kill blocks and 2 service aces and had 5 excellent digs. In addition, Justine Dorog also gave quality minutes on the defensive end for UP despite a scoreless performance.

Aside from the rookies’ solid performances, the rest of UP’s roster followed suit. Nicole Tiamzon chalked up 12 points while Bersola followed up with 10 points and 2 kill blocks. In addition, Marian Buitre had 8 points while Jewel Lai had 2 points and 13 excellent sets.

“It’s huge: as in Jack and the Beanstalk levels. Sobrang big deal siya [the win] para sa amin kasi gusto talaga namin umangat this year,” Bersola added. “Gusto talaga namin mag-Final Four at umabot sa Finals. Sabi namin sa sarili namin, [for us] to get there, we have to beat everyone else.”

Moreover, the Lady Maroons took a page out of the DLSU Lady Spikers’ game plan as they took full advantage of the Lady Eagles’ poor service reception. Throwing loaded and long services all-game long, UP was able to neutralize the Lady Eagles’ fluid execution of its lethal set plays.

#ReadMore  KCS learns the hard way: 'We cannot give Basilan that spark'

In that game, the Lady Eagles went 29/73 on their service receptions but reigning Best Setter Jia Morado still had a good game as she finished the match with 27 excellent sets.

Lastly, Bersola indicated that getting this win over the defending champions puts a stamp on UP’s contender status. She believes that gone are days wherein fellow teams take the Lady Maroons for granted.

UP’s next game will be against the Adamson Lady Falcons this coming Saturday, 2:00 pm, at the Filoil Flying V Center. As of press time, the Lady Maroons are stationed at third place in the standings with a 5-3 record. 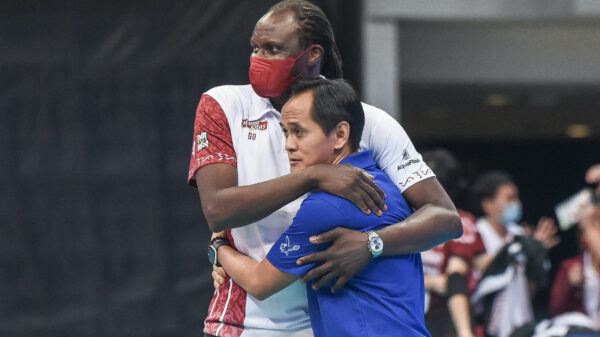 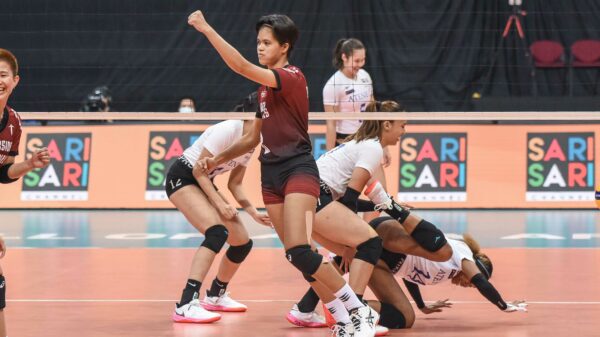 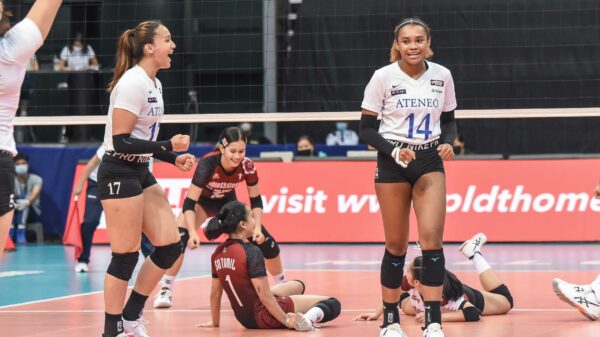 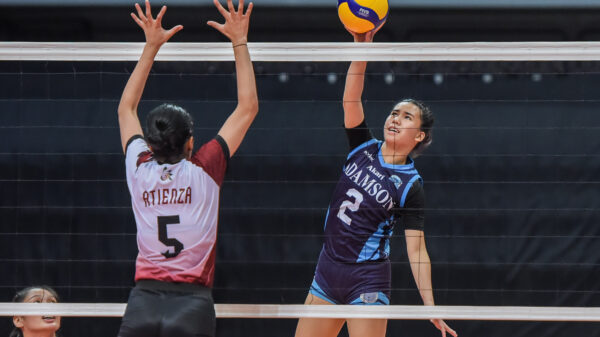 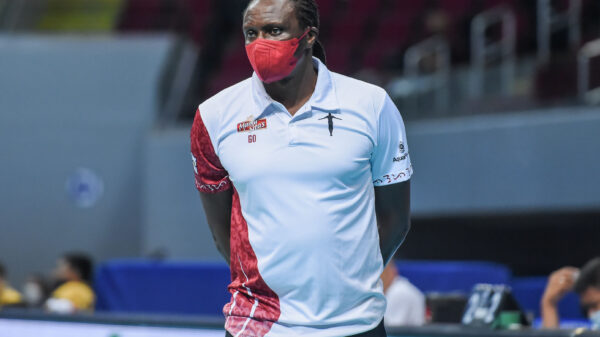 Okumu wants UP to finish strong during killer stretch

Finish strong. That is what University of the Philippines head coach Godfrey Okumu wants to see from his players as the Fighting Maroons head... 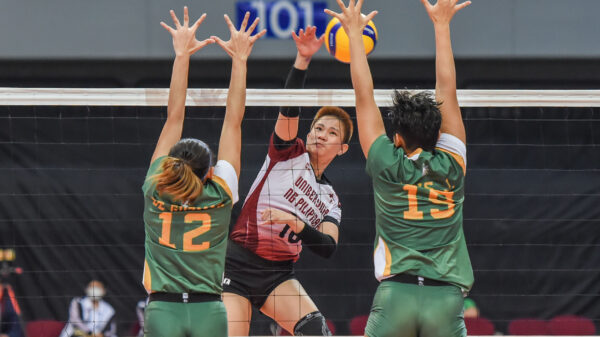