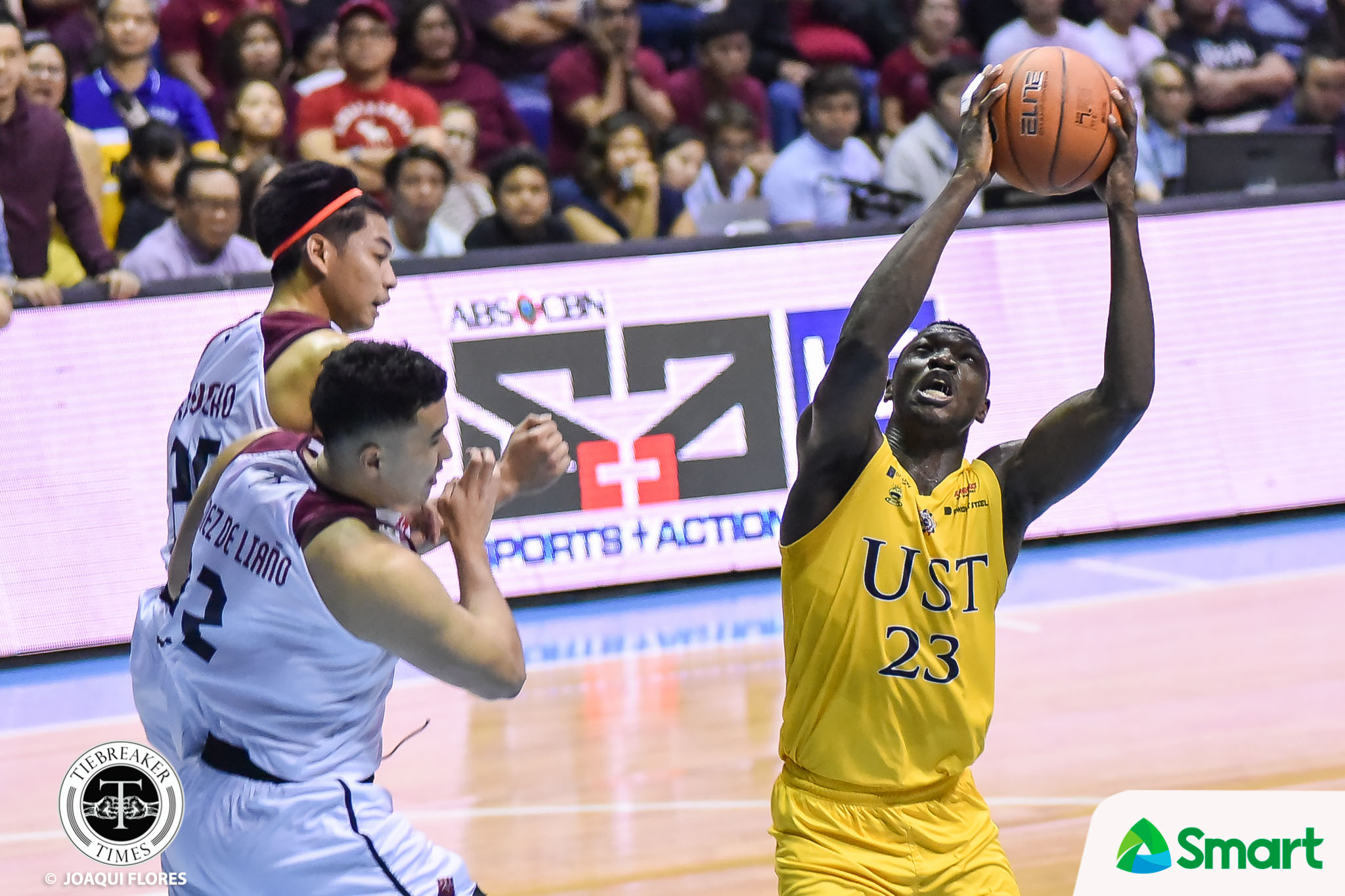 The marquee match-up in the UAAP Season 82 Men’s Basketball Stepladder Semifinals between University of Santo Tomas and University of the Philippines is the showdown between Soulemane Chabi Yo and Bright Akhuetie.

It was a clash between last season’s Most Valuable Player and the man who will dethrone him.

And in the first three quarters of the game, the 6-foot-6 Beninise struggled to contain the 6-foot-8 Nigerian.

“It was a tough match-up,” said Chabi Yo, as Akhuetie shot 6-of-7 from the field during the first 30 minutes of the game.

“I just tried to play my best and follow the system of coach [Aldin Ayo]. I tried not to force any shot because in the last game I was leading in scoring, so the defense will be focused on me. I tried to use all the plays and finish strong.”

And finish strong did the soon-to-be-named MVP.

Chabi Yo dominated in the final frame, scoring 13 points on a perfect 5-of-5 shooting clip. He finished with 17 points, 15 rebounds, four steals, and two assists.

Still, the former Colegio de San Lorenzo big man is not yet content. On Wednesday, he wants to finish UP off.

“We will make sure to go back to the basics — play good defense, follow the instruction of the coach, follow the system, and then make sure we are connected, all the players and the coaches.”