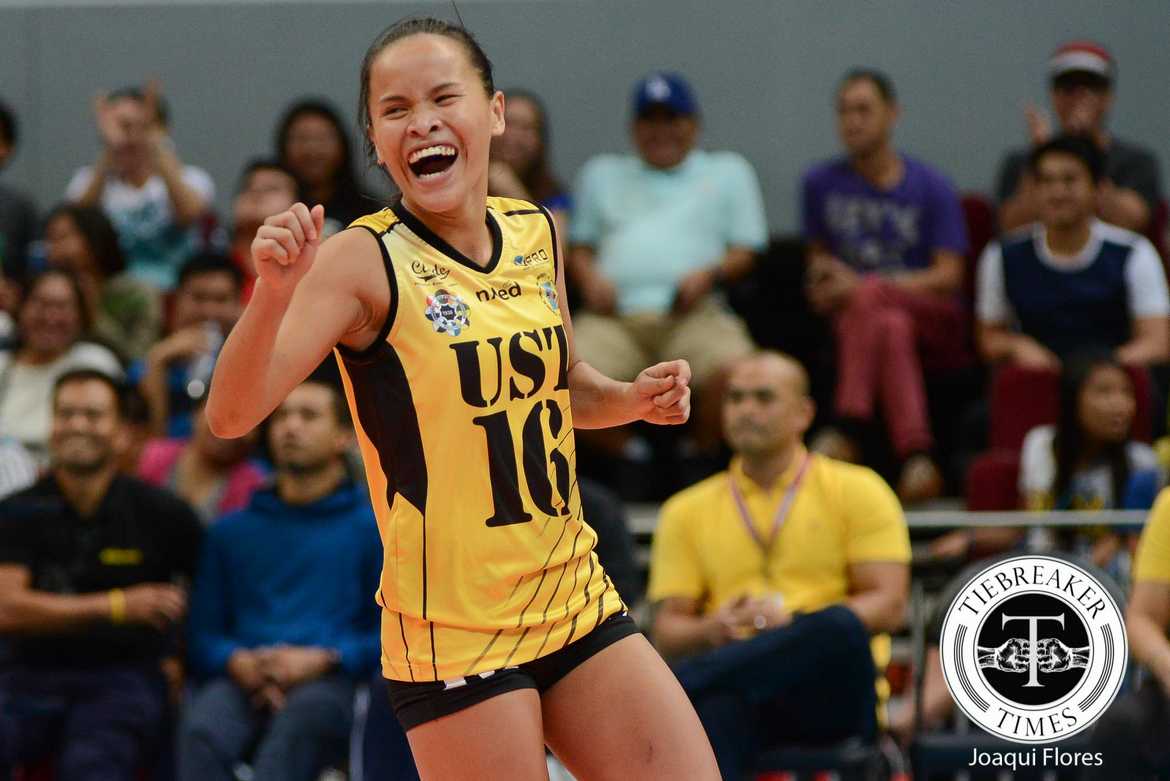 After dropping their first three matches, the University of Santo Tomas Tigresses seemed to have finally found their form, squeezing past the National University Lady Bulldogs in five sets 25-14, 25-18, 17-25, 19-25, 15-12 in the UAAP Women’s Volleyball Tournament at the SM Mall of Asia Arena, earlier today.

UST team captain Ej Laure joined in the scoring spree in the second frame. The Tigresses kept a steady four-point wall up, with Laure banging a hit off the block for a 17-13 advantage. From there, NU’s reception and defense collapsed leading to errors and free balls with which the Tigresses feasted on. UST eventually built a seven-point advantage, 24-17. Rondina then fittingly capped the set with an off-the-block stab.

Shoring up their ball control, NU took their turn and controlled the match in the third canto. Team captain Myla Pablo and indomitable stalwart Jaja Santiago got their rhythm in the frame. Jorelle Singh anchored a run through her on-point serves that gave NU a 23-17 lead. Santiago and Pablo ticked off the frame’s last two points to give NU their first set.

NU then picked up where they left off in the following sets. The Lady Bulldogs dominated the fourth set and looked poised to take the match in the fifth frame, leading 11-6. But the Tigresses refused to go away. With Jessie De Leon serving, UST rifled off five straight points. NU’s outside hitter, Jorelle Singh, then had crucial fumbles in the back row, which led to UST sealing the match, with Jaja Santiago watching from the sidelines.

Laure and Rondina each finished with 21 points, while graduating opposite hitter Mela Tunay pitched in 13. Santiago and Pablo had 23 and 20 points respectively.

Both squads will have their next match next Sunday at the FilOil Flying V Centre. University of Santo Tomas face the University of the Philippines Lady Maroons (2-2) earlier in the day while National University take on the Far Eastern University Lady Tamaraws (2-2).