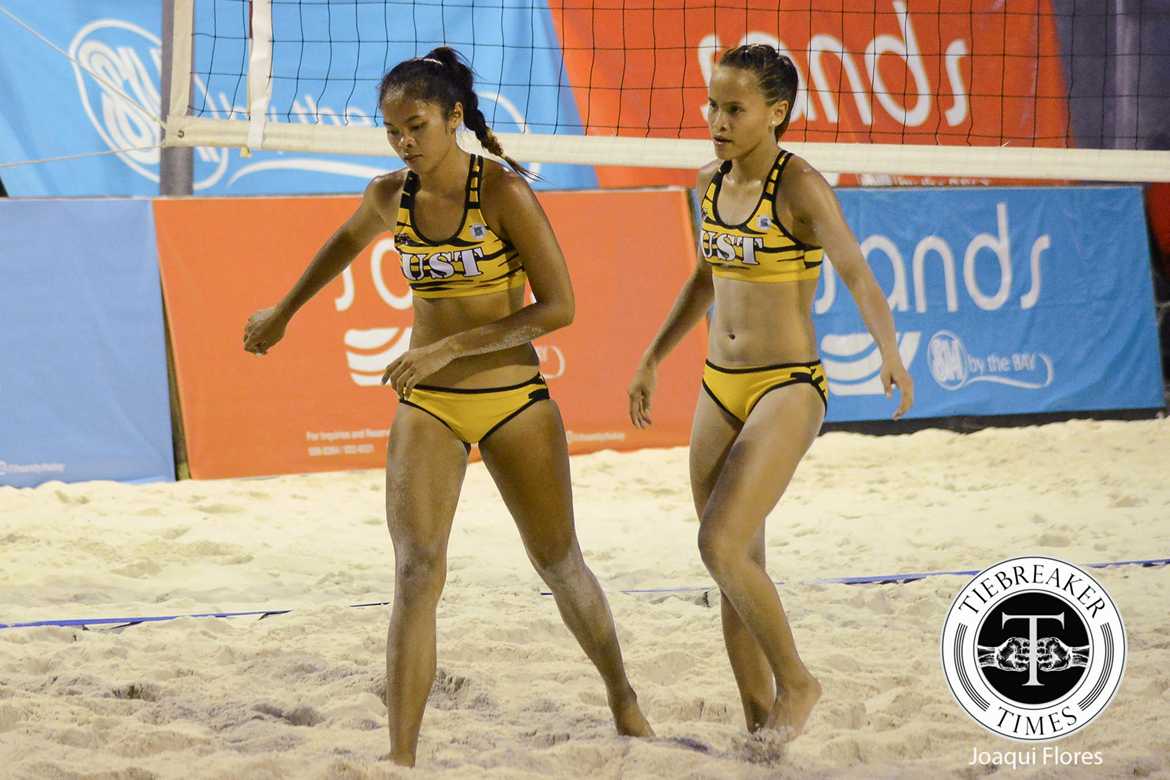 The University of Santo Tomas Tigresses broke through to the Finals, leaving defending champions De La Salle University Lady Green Spikers and the Far Eastern University Lady Tamaraws vying for the last seat in the UAAPS Season 79 Women’s Beach Volleyball tournament Finals at the Sands SM by the Bay.

Tigresses Cherry Rondina and Jem Gutierrez completed an elimination round sweep after thrashing the Lady Tams’ Bernadeth Pons and Kyla Atienza, 21-15, 21-16, early in the morning.

Having cleared their previous six opponents in decisive fashion, UST were focused on clinching an immediate Finals berth.

The Tigresses then sat and watched as a ruckus to reach top of the stepladder ensued.

La Salle’s Tin Tiamzon and Kim Fajardo were the stars of the day, sweeping all three of their matches and clawing their way out of the bottom of the heap.

Beginning the day with a 3-3 record, the Lady Spikers took down rivals Ateneo de Manila University’s Michelle Morente Kim Gequillana in back-to-back matches first taking a quick 21-6, 21-16 win to earn the third seed in the Final Four then squeaking out a 21-15, 21-18 win in their knockout match.

The ladies from Taft then took a close 21-17, 19-21, 15-11 win over the second seed and twice-to-beat Lady Tamaraws to force a do-or-die match for the last seat in the Finals tomorrow morning.

Fajardo, who is one half of last year’s championship pair, did not plan on playing this tournament as she was just La Salle’s substitute player. But after Des Cheng’s asthma attack midway through the season, Fajardo was forced to fight and defend their title.

Earlier in the day, University of the East’s Judith Abil and Angelica Dacaymat broke their school’s two-year win drought with a decisive 21-10, 21-14 win over the Adamson University Lady Falcons. 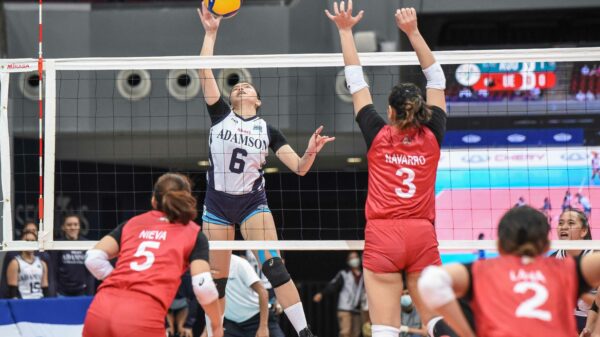