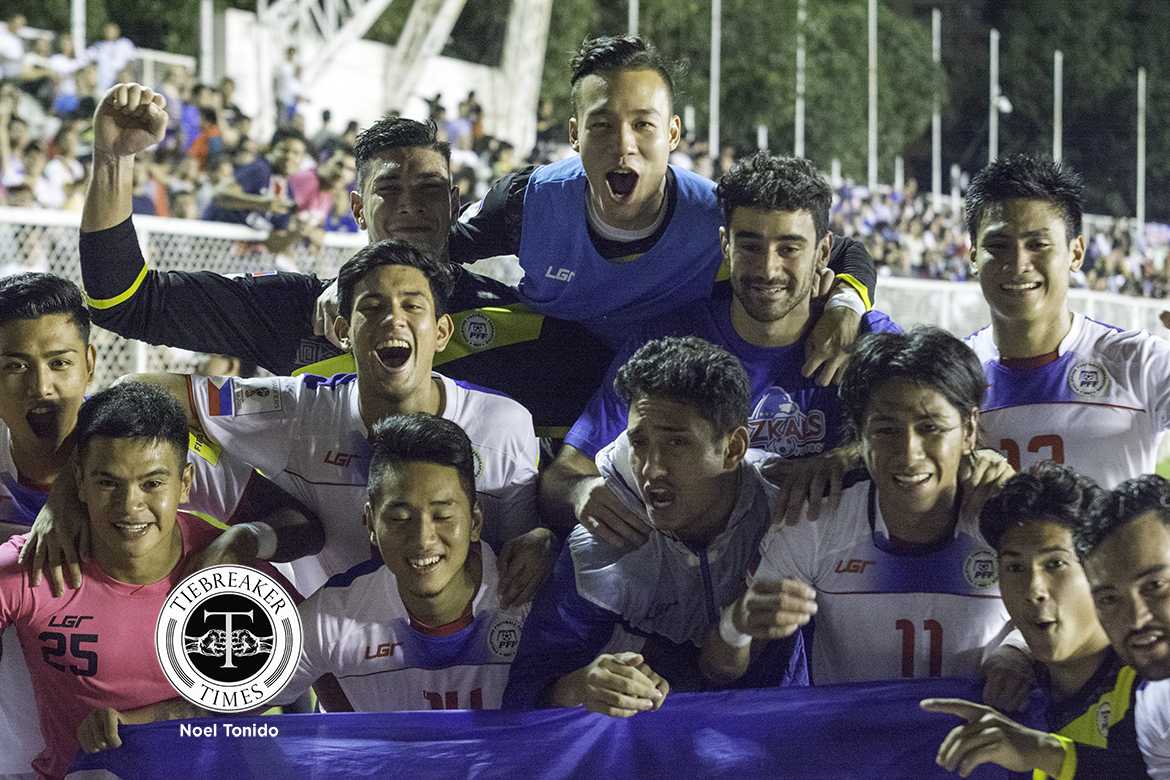 Etheridge was effectively a one-man wall for the Philippines in the away game against Uzbekistan. He produced numerous wonderful saves to deny the home side. Only a fantastic header by Uzbekistan’s Anzur Ismailov was potent enough to get through him.

Next up was North Korea at the Rizal Memorial Stadium in Manila last Tuesday night. Despite the fact he conceded two goals against North Korea, he was still impervious in goal as he produced three fantastic saves to deny the visitors what should have been certain goals. The home side eventually won the contest, 3-2, and secured passage to the 2019 AFC Asian Cup third qualifying round.

“Yeah, I think the team played well all in all over two games. I think we’re slightly unlucky in (Uzbekistan), even though they are an extremely good team and they probably deserved to win the group,” Etheridge reflected about the game. “The (North Korea) game, we were slightly under pressure but we played a lot better football when the fans got behind us and we’re extremely happy to walk away with all three points. Great dramatic ending to the game.”

Etheridge has risen to become one of the senior players of the squad. He has been with the Azkals set-up for six years now and was the only member of the starting eleven who played in that miracle 2010 AFF Suzuki Cup run.

With all the changes that have occurred with the National Team throughout the years, he has noted some factors which he felt has raised the Azkals’ playing level during their 2018 FIFA World Cup Qualifier run.

“You’ve got a lot more professional players now and the UFL has really, really helped. I hope the UFL continues progressing,” the 26 year old goalkeeper said about the premier league in the country.

“The players that are playing in the UFL are coming into a great standard, a great level of football. Their fitness is great whenever I arrive and it’s now a good level for everyone to keep continuing and pushing hard into the group.”

“We’ve got a lot of members of the squad that strong and there’s a big fight for positions now which is fantastic for the team, the country and the squad. Obviously it’s harder for coach (Thomas Dooley) to pick a starting eleven,” Etheridge added.

Azkals center-back Juani Guirado enjoyed his final outing for the Azkals with a win against North Korea. Guirado alongside the likes of Jerry Lucena and Rob Gier have since retired from international duty. Etheridge described playing alongside Guirado as “fantastic” and cited the emergence of Amani Aguinaldo as a quality replacement for the retirees.

“(Aguinaldo) played another fantastic game today. Of course he’s extremely young and still has a lot to learn but he’s doing a fantastic job at the back,” he shared about his teammates.

In addition to Aguinaldo, there were seven other members of the starting eleven who currently play their football with UFL clubs. Etheridge hoped that other players from the UFL will step up and join the Azkals.

“With the UFL developing like it is, I hope that there’s another UFL player coming along and then taking Juani’s position,” he said.

The North Korea home game was the last fixture for the Azkals in the current qualifying round. Etheridge admitted that the feeling of beating North Korea still hasn’t sunk in for him yet.

He then praised all players who were called up for a great campaign. He added, “we’ve had ups, we’ve had downs. It’s fantastic to finish the group with a great win.”

It definitely was great to hear Etheridge praise the role of the UFL in developing Philippine football.

With more and more UFL players in the Azkals, Filipino football fans have to simply watch weekend games at Rizal Memorial in order to help grow the sport and witness some past, present and future members of the national team.

UP climb to second place with routine win over Adamson