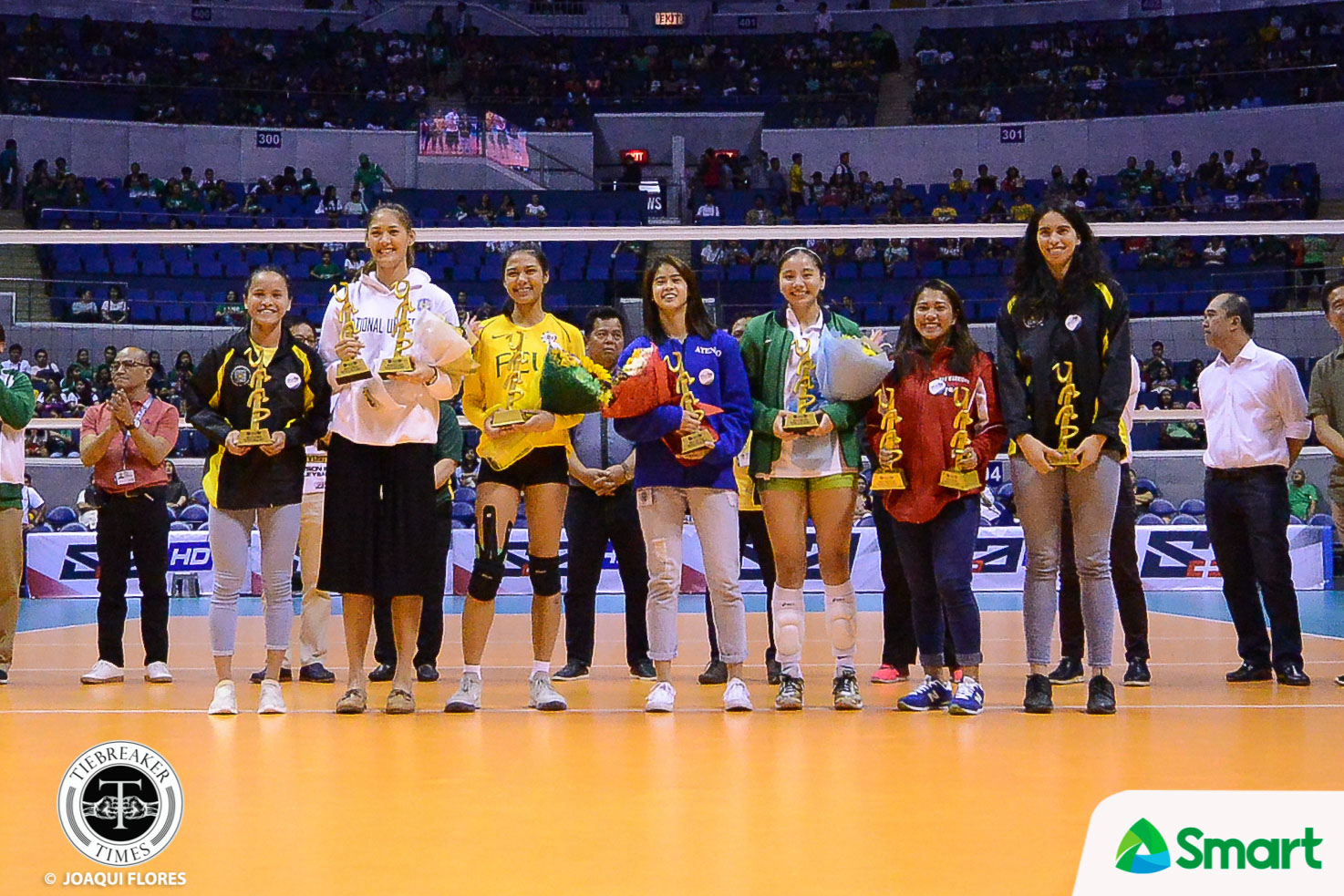 From recognizing the top performer per skill, the UAAP will move to cite the Season 81 Volleyball Tournament’s best player per position.

This means that instead of giving out Best Scorer, Best Attacker, Best Blocker, Best Server, Best Digger, Best Receiver and Best Setter trophies, the UAAP will confer First Best Outside Hitter, Second Best Outside Hitter, First Best Middle Blocker, Second Best Middle Blocker, Best Opposite Hitter, Best Setter and Best Libero awards, to go with a Rookie of the Year and Most Valuable Player in both Men’s and Women’s tournaments.

“We would like to think that the UAAP is also a dynamic league. Ang mga rules natin, we’ve always been collaborative and consultative with the different sectors and all the stake holders. The board naman took note of the observations of well-meaning friends,” said UAAP Executive Director Atty. Rebo Saguisag.

Among local leagues, the Philippine Superliga began this awarding style in 2013 and other tournaments followed suit.

Saguisag also assures that all awards will remain solely stats-based.

“Stats-based pa rin to lessen the controversy. As much as possible, if we can reduce it to numbers, we will use that data.”

In the UAAP’s long history of recognizing per-skill brilliance, one player stood out: University of Santo Tomas’ Mark Alfafara. In his time from Season 73 to Season 77, Alfafara brought home the Best Scorer, Best Blocker, Best Server, and Best Spiker trophies, as well as an MVP nod in Season 75.