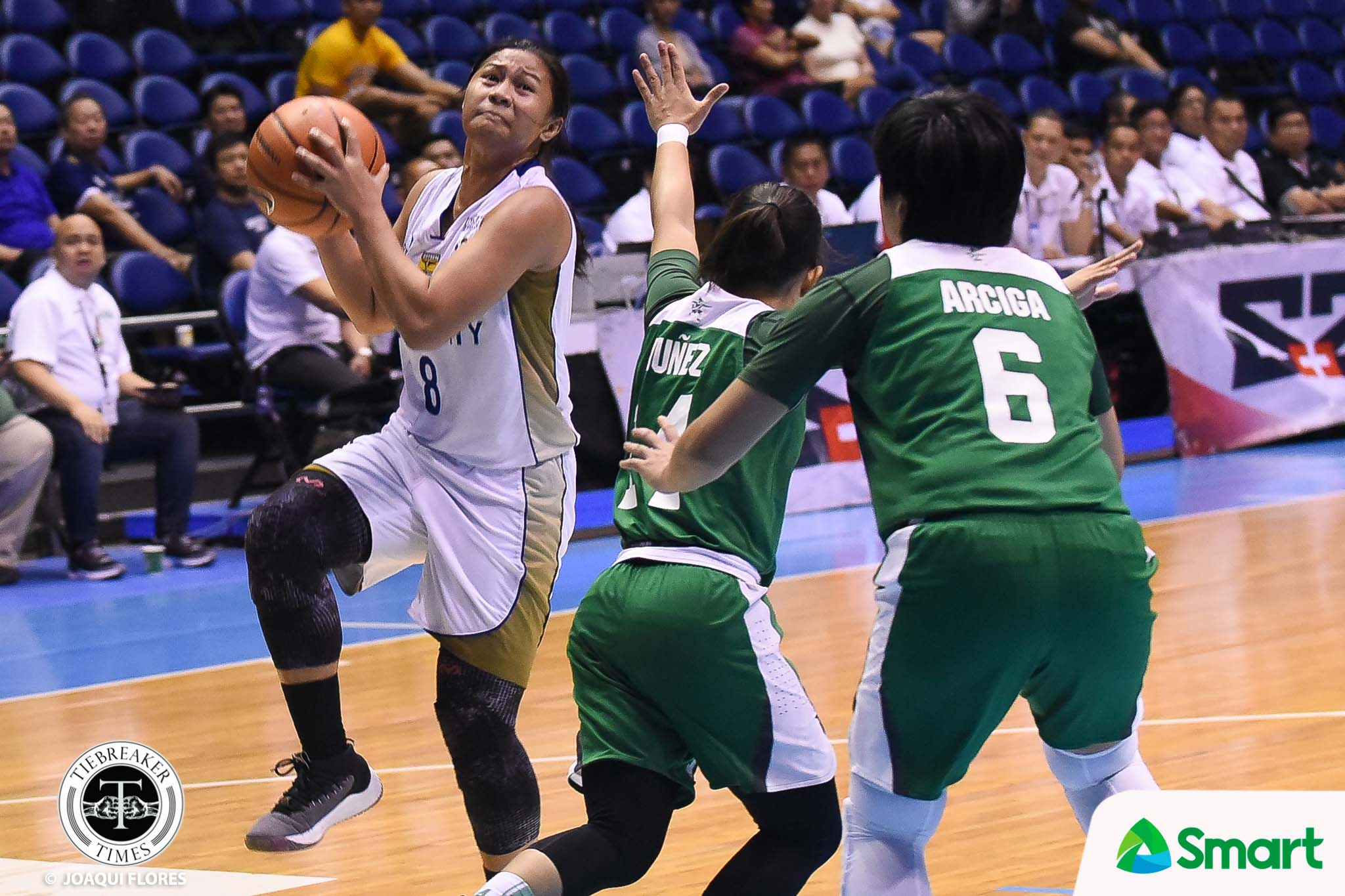 Ria Nabalan made history of her own.

On the back of Nabalan’s 40 points, the National University Lady Bulldogs extended their spotless record as they devoured the De La Salle University Lady Archers, 111-64, Saturday morning at the Smart Araneta Coliseum in Quezon City.

The result was NU’s eighth straight win in the UAAP Season 81 Women’s Basketball Tournament and their 72nd consecutive victory in the competition. The Lady Bulldogs are just one win away from tying the Adamson University Lady Falcons’ 73-game winning streak.

Nabalan’s 40-point output is the third in league history.

“Sobrang happy, sobrang happy that everything was falling for (Nabalan), and it’s only once in a lifetime na makakuha siya ng forty points. Sobrang saya,” commented NU coach Patrick Aquino on his ward’s performance.

Truth be told, it was all NU right from tip-off and it was all because of the national team star. Nabalan scored 15 points in the opening stanza alone to give NU a 31-7 lead. The Chiang Kai Shek College alumna scored half of her total output in the second period, when her three gave NU a 43-10 cushion.

Rhena Itesi’s basket then handed the Lady Bulldogs their biggest lead of the ballgame at 81-28 near the last two minutes of the third quarter.

NU coasted towards the final buzzer, while La Salle looked to trim the deficit right before the end. The Lady Archers, though, saw their mentor Cholo Villanueva ejected at the 6:56 mark of the final period. Villanueva, who incurred a technical foul in the second quarter for continuous complaining, incurred the same offense when he felt that a series of calls and non-calls had gone against his team.

With 1:29 left in the game, Nabalan, a graduating senior, knocked down a free throw to breach the 40-point mark.

The Lady Bulldogs’ defense limited the Lady Archers to just 29.73 percent shooting from the field and to just 20 inside points. “That’s what we talked about before the game. We have to play good defense para manalo. It’s not just winning the game. It’s just really making a statement,” explained Aquino.

Aside from leading NU with 40 points, Nabalan also coughed up six rebounds and eight assists to steady the Lady Bulldogs.

Jack Animam and Itesi posted their usual figures of 20 points and 17 rebounds, and 19 points and 16 rebounds respectively, to carry the load for Aquino’s squad.

As for La Salle, Khate Castillo led the Taft school with 13 points and eight rebounds, while Kath Nunez and Camille Claro provided 13 and 12 markers respectively for the Green and White.

“We’ll be ready for Adamson this coming Wednesday. Hopefully we play the same intensity today and the same shooting. The shooting woes are sana over na from the first round. The second round is different. We’ll just be ready,” concluded Aquino.

NU (8-0) will look to equal the UAAP’s longest winning streak against Adamson on October 24, 10:00 AM at the Araneta Coliseum. On the other hand, La Salle (5-4) look to get back on track against the Far Eastern University Lady Tamaraws on October 27, 9:00 AM at the FilOil Flying V Centre.