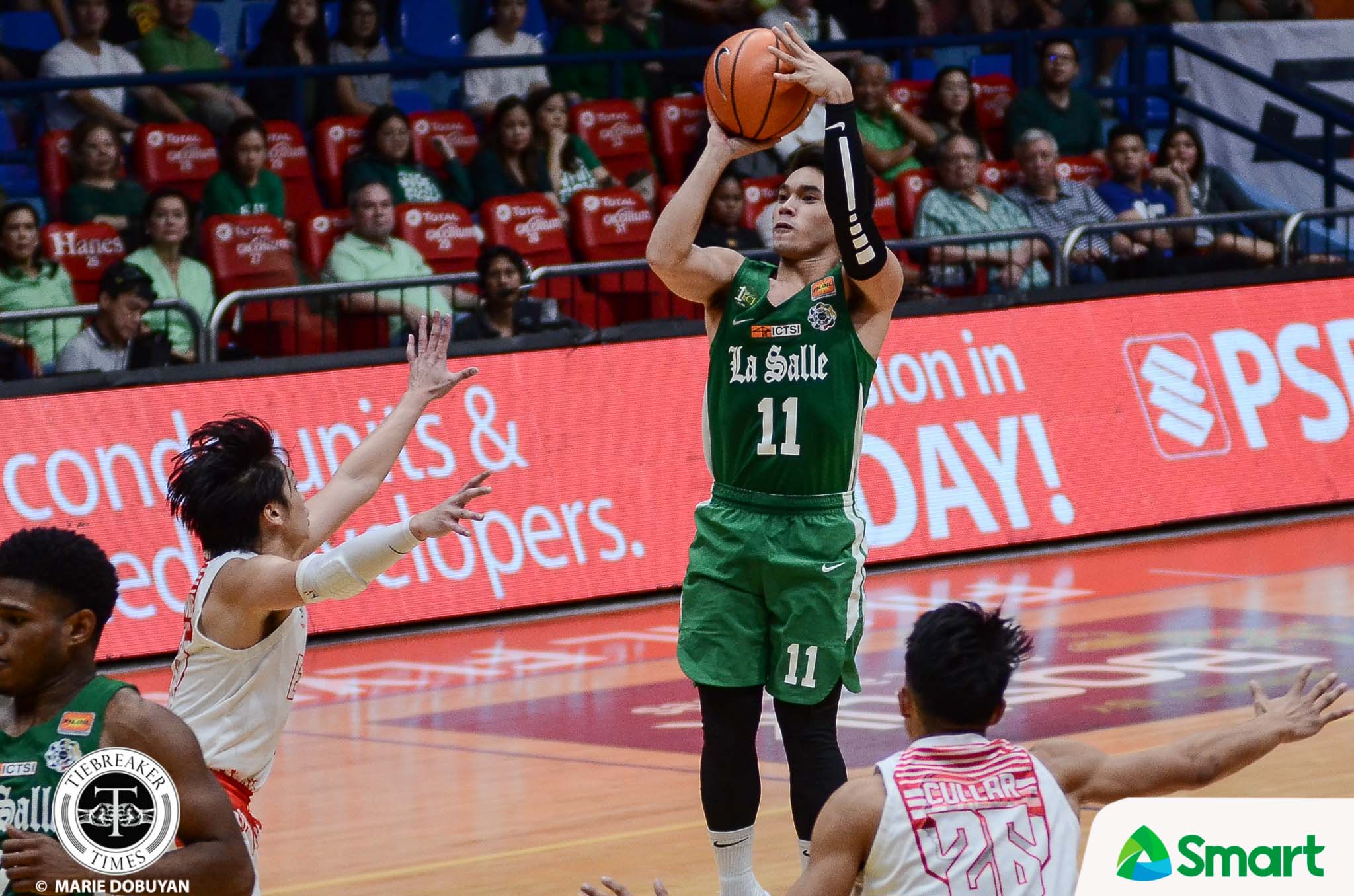 After an uncharacteristic first two games, Aljun Melecio finally heated up for the De La Salle University Green Archers, leading his team’s 82-72 romp of the University of the East Red Warriors, Sunday evening at the Filoil Flying V Centre.

“Before the game, I told them that this is a good game for us. Pareho kaming All-Filipino eh. I told them that let’s try to learn from this one,” said first-year Green Archers head coach Louie Gonzalez.

With the win, La Salle go up to 2-1 in the UAAP Season 81 Men’s Basketball tournament, creating a three-way logjam with the Ateneo Blue Eagles and the FEU Tamaraws for second. In addition, the Green Archers extended their streak against the Red Warriors to seven games, last tasting defeat against UE back in September 10, 2014.

And it was Melecio who provided the spark that lit a fire under the Green Archers.

Shooting just 2-for-16 from downtown in their first two games, the third-year sniper knocked down four of his six triple attempts right in the first half. He finished with 16 points, spiked by five three-pointers.

Already owning a 12-point lead in the third canto, the Green Archers continued to surge in the third frame and early in the final frame behind Mark Dyke and Encho Serrano. La Salle would lead by as much as 20 points, 57-37, late in the third quarter.

However, after limiting Pasaol to just five points in the first three quarters, the Green Archers let their guards down.

Pasaol scored 14 of the last 16 UE points to close out the game. Thankfully, Justin Baltazar was there to counter every bucket.

Melecio’s batchmate Baltazar continued his stellar start to the season as well, picking up another double-double with 16 points and 14 rebounds to go along with three blocks.

UE have lost all three of their games by double-digit margins.

Pasaol ended up finishing with 22 points, while Jason Varilla and Philip Manalang chipped in 14 and 11 markers respectively.

La Salle look to make it three in a row when they face the University of the Philippines Fighting Maroons on Sunday, September 30, at the SM Mall of Asia Arena. UE, on the other hand, will have a tough assignment on Wednesday, September 26, when they take on the Ateneo de Manila University Blue Eagles at the Filoil Flying V Centre.