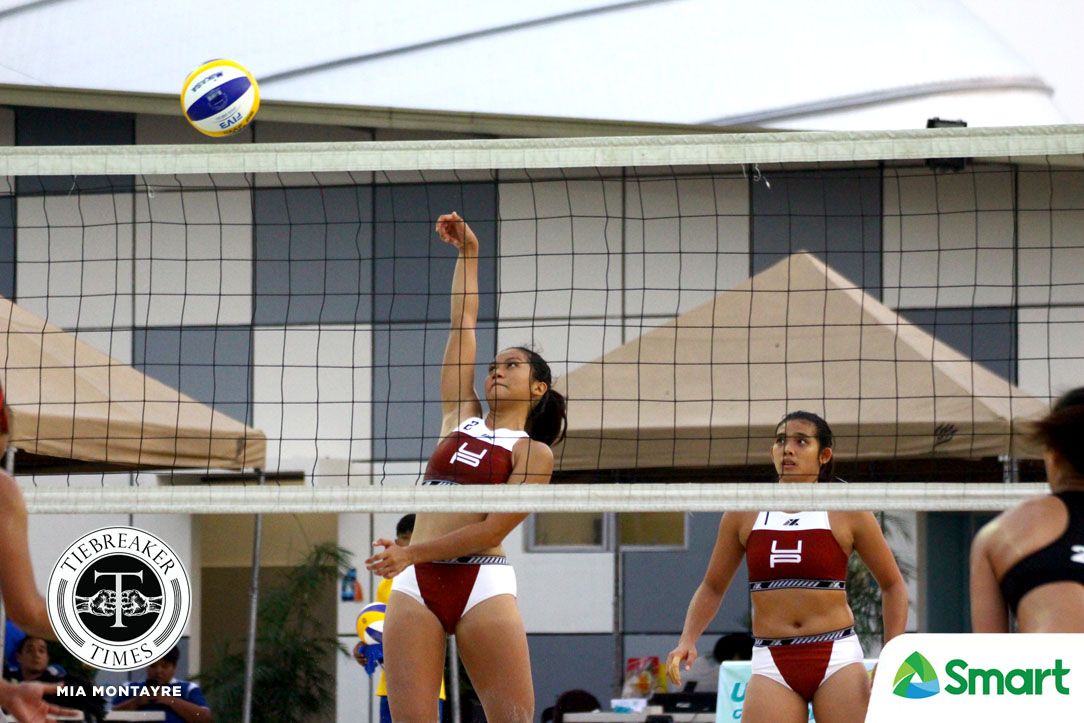 University of the Philippines pair Tots Carlos and Arielle Estrañero marked their second year as a partnership with a return trip to the UAAP Final Four.

The Lady Maroons achieved the feat after out-working the De La Salle University’s Tin Tiamzon and May Luna in a clinic, 21-17, 21-17, earlier today at the SM Sands by the Bay.

The win improves their Season 80 record to 4-2, guaranteeing the Diliman-based tandem a place in the stepladder Final Four.

Estrañero, a four-year sandcourt veteran, said she pulls motivation from her teammate and is proud to finally make it past the elimination round.

“It was good that we won because of just how crucial every game is in a tournament like this,” the Bacolod native explained.

“I’ve just been really inspired because of my partner kasi gusto talaga ni Tots na kami ‘yung mag-pair for this tournament. Marami talagang challenges for us in beach volley because we hardly get to play. But, those challenges really just keep us motivated to do our best,” UP’s skipper asserted.

The Lady Spikers face a must-win situation when matches resume on Thursday, as they take on a highly-motivated Ateneo de Manila University pair of Bea De Leon and Jules Samonte.

The Lady Eagles kept their Final Four hopes alive with a decisive win over the Adamson University’s Bernadette Flora and Chrislyn Uy, 21-12, 23-21.

Ateneo, with a 2-4 record, will need to win against DLSU, who sit at fourth with a 3-3 slate, to force a playoff for the fourth seed on the same day.

Also on Thursday will be the biggest of the match of the elimination round between undefeated defending champions University of Santo Tomas and last season’s unbeaten sliver medalists Far Eastern University.

The winner between UST and FEU will get a ticket straight to the best-of-three Finals. The loser gets the second seed and a twice-to-beat advantage in the semis.