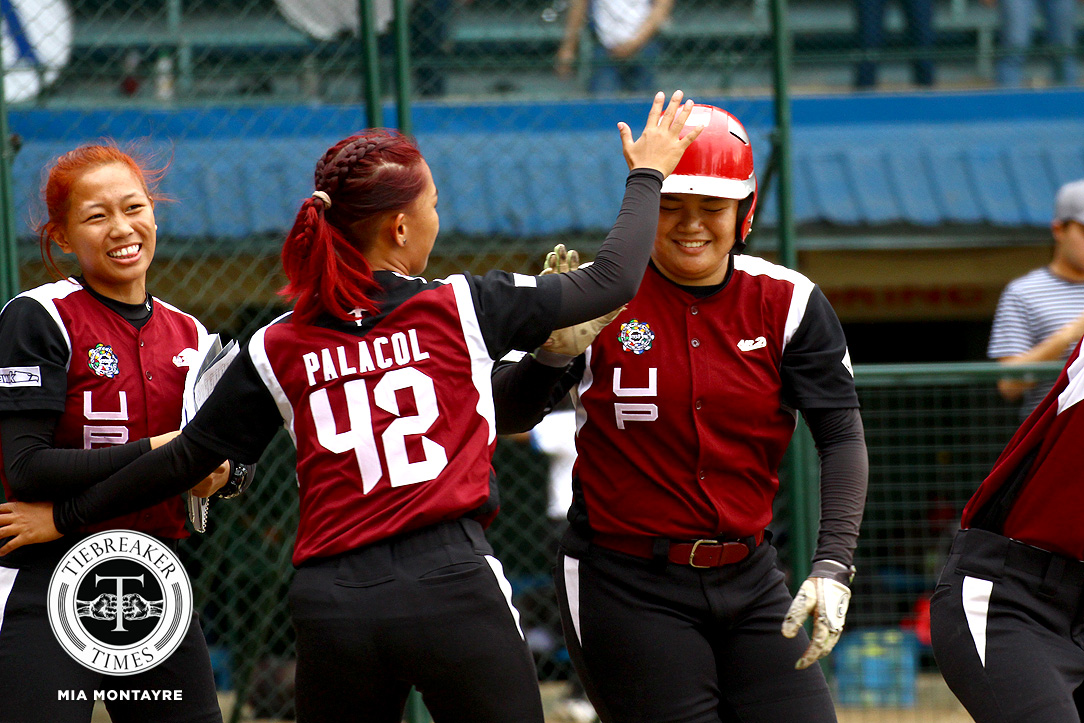 For the first time in three years, the University of the Philippines Lady Maroons are off to a strong start in the UAAP Softball Tournament, picking up their second win in as many outings after a 7-3 victory over the Ateneo de Manila University Lady Eagles, Saturday afternoon in Manila.

The Lady Maroons got off to a rousing start in the game, pounding the Lady Eagles to kick off the contest. The four-run inning was highlighted by a double by Chanti Bongat that led to a Gelai Penales run. After giving up two runs, Ateneo quickly switched up Nikki Borromeo for reliever Kevyn Lacson. UP were able to punch in two more runs for an imposing start.

Bongat went 1-for-4 at-bat during the game that resulted in an RBI and a run. Swing dela Cruz, who had four RBI’s in UP’s 8-4 win over the De La Salle University Lady Batters last Thursday, went 2-for-4 for a run and an RBI. Keith Ferrer had 2 RBIs, punctuated by a double during the third inning.

UP’s lead swelled to as high as 7-1 during the top of the sixth inning.

However, the Lady Eagles were able to chip into the lead during the bottom of the sixth inning.

Gabby Macatulad sparked the Lady Eagles with a single, and was brought home later on by Bea Parma. Last season’s Rookie of the Year Jill San Juan followed suit, as her single paved the way for a Katrina Santos run to slice the lead to four runs with just one out.

Fatigued, UP ace Cochise Diolata was able to find her second win, striking out the next two batters to stop UP’s bleeding.

That inning proved to be the last gasp for Ateneo.

With the Lady Maroons’ next facing last season’s runners-up University of Santo Tomas Tiger Softbelles, the UP mentor believes that they have what it takes to match up with them.

“This is the first time na nag-start tayo ng 2-0 in the past three years. UST is a tough team pero kaya natin yan. Sabi ko sa kanila, paghandaan natin yan. Kahit too early pa yung tournament, that game will determine where we are in the league,” he said.

UP will take on UST on Monday, February 5, at 9:00am. Ateneo will face the University of the East Lady Warriors to end the day’s triple-header.